"After Years of the Same, Finally a Hint of Change"
By: Jean Henegan | TV Features - TV News | July 16, 2015
The day Emmy nominations are announced each year is like Christmas for television critics. Well, Christmas if you were really hoping to get that awesome new bike with all the bells and whistles, only to wake up early and find out that you got socks. Again. Because every year we get our hopes up that this will be the year Emmy voters realize there were some truly remarkable shows and actors out there that they should recognize, only to once again endure the crushing realization that the mystical group of voters still think Downton Abbey is one of the best seven dramas on television (spoiler alert: it's not even in the top ten). But this year, you know what? I'm actually pleasantly surprised. Sure, there were some sad omissions (Jane the Virgin and The Americans, I'm looking at you both with a tear in my eye). But on the whole, wow. I don't actually have a lot to complain about, and I have a great deal to praise. I'm not even mad that the Emmys still think Downton Abbey and Modern Family are Emmy worthy (although I would have liked to see some of their actor spots filled by more worthy people), because so much about these nominations is right. And, let me tell you, it's really weird to not feel mad and disappointed by the Emmy nominations. 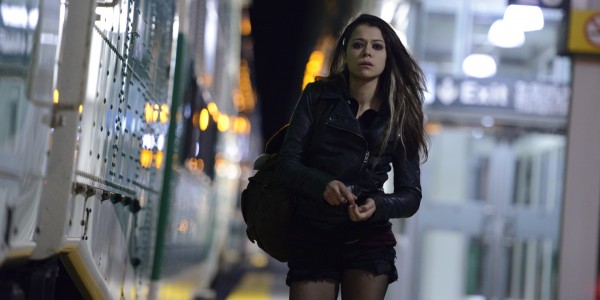 The major knock on the Emmys (after we all take into account that all Hollywood award shows are pretty darn stupid to begin with) is that it eschews the new and rewards old stalwarts that are way past their sell-by dates. But this year? Lots of new and worthy nominees that will, hopefully, bring some new viewers to shows that deserve them- like Tatiana Maslany getting a nomination for her amazing work on Orphan Black. Very few people have likely heard of that show (outside of the dedicated community of genre fans that, while growing, isn't as large as the viewership of a NCIS spin-off), but perhaps the deluge of articles today talking about how wonderful that particular nomination is will convince people to check it out. Or Transparent snagging a host of nominations. Or Unbreakable Kimmy Schmidt killing it. While those shows might not win (although, one has to think Jeffrey Tambor is the odds-on favorite for Best Actor in a Comedy), the nomination will bring some serious exposure to those delightful shows. So, for the first time in awhile, I will be tuning into the Emmys (airing September 20, on Fox) genuinely excited for the results. I actually have faith that a new comedy will swoop in and still the Best Comedy mantle from Modern Family (my money is on either Veep or Transparent). That, perhaps, Jon Hamm might finally take home an Emmy for playing Don Draper (yes, that is correct, Jon Hamm has never won an Emmy for his work on Mad Men- I'll give that a moment to sink in). And maybe, just maybe, the hardest working actress on television might get some real recognition for the tour de force work she does playing over seven different clones (although, I'm not holding my breath on this one). Good work, Emmy voters. Now, let's see you actually make the right picks come September. This year, it looks like we might have actually gotten that bike.