The fall television season’s most anticipated new show received a huge unveiling at Comic-Con this past weekend, as the Agents of S.H.I.E.L.D. pilot was screened for fans and critics alike at the convention. While the episode didn’t boast appearances from any of The Avengers, it did provide fans with a glimpse of a few non-superhero characters from the Avengers film universe.

Set to officially premiere on September 24, 2013, on ABC, Agents of S.H.I.E.L.D. comes with huge expectations. Not only does the show pull from the extremely popular Marvel movieverse, the show also marks the return to television of geek god Joss Whedon (alongside several of his longstanding writing and producing team members). With such a strong pedigree, the bar has been set very high for the show. Judging from the reports coming out of the Comic-Con screening, it seems that Whedon and company have met those high expectations. 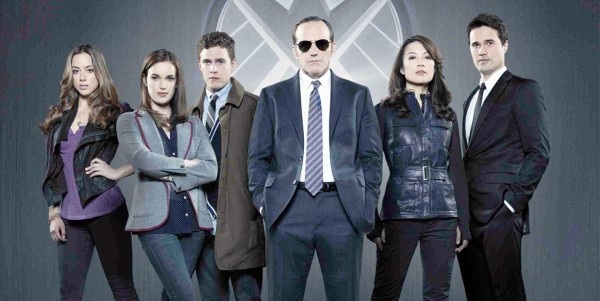 The show’s cast, headlined by Clark Gregg as the previously killed Agent Coulson (whose rise from the dead following the Avengers film is shrouded in mystery), includes Ming-Na Wen, Brett Dalton, Chloe Bennet, Iain De Caestecker, and Elizabeth Henstridge as various S.H.I.E.L.D. agents, tasked with finding individuals with super powers and protecting the world from the outside influence of various super villains. Among the surprise additions in the pilot are How I Met Your Mother star Cobie Smulders, reprising her Avengers role as Agent Maria Hill, as well as appearances by Whedon mainstays Ron Glass (Firefly) and J. August Richards (Angel).

As for whether or not other members of the Marvel movieverse may appear on future episodes, Whedon has been mum. All he will say is that there is a chance of appearances from some Marvel superheroes that lack their own movie franchises, and maybe a return appearance from Smulders once her current run on Mother ends. But as for seeing The Avengers on the show? I wouldn’t hold your breath.