With more channels than you can shake a stick at, and several online outlets joining the television game, the medium is experiencing a boom in both quantity and quality of television shows. Now reports indicate that BitTorrent is getting into the legitimate TV game.

Operating for years as a source for both legally and illegally downloaded television, music, and movies, BitTorrent has announced it will be creating a new television show. However, unlike traditional television, this new project - titled Fly or Die- will only get made if fans deem it a worthy venture. 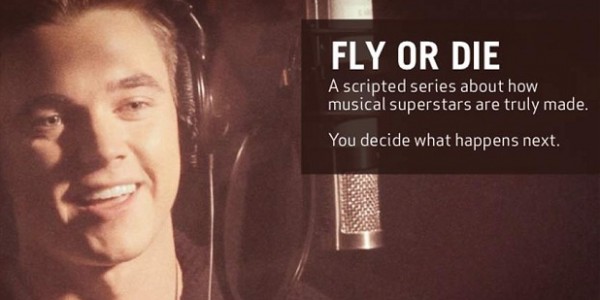 BitTorrent will allow fans the chance to download the show by giving the site their e-mail address. In exchange, the viewers will be given access to the show’s trailer and additional information regarding the show. If enough people are interested in the pilot, the show may receive a green light from the site and become a full-time series. If there is little to no interest, the show will be canceled after just the pilot.

As with recent crowd sourced content, like the upcoming Veronica Mars film, BitTorrent is taking steps to gauge audience interest in a production before taking the time and money to invest. Considering how many network and cable pilots are produced and fail every year, this might just become the wave of the future: truly testing out a product in front of a rapt audience before taking the extra step to invest.