While fans of both Breaking Bad and Dexter are faced with the sad reality that the two drama series are set to air their final episodes this fall, news that both shows are mulling possible spin-offs may be reason to turn those frowns upside down. 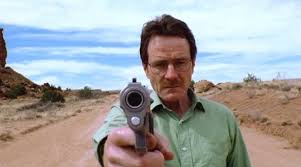 Spin-offs are notoriously tricky propositions; for every NCIS (which was a spin-off of the CBS drama JAG), there is a Joey (the infamous Friends spin-off). Details regarding potential spin-offs are slim, but would serve to provide fans with continuing stories involving some of their favorite characters. The possible Breaking Bad spin-off is reported to revolve around fan favorite Saul, the sleazy lawyer to Walter White and Jesse Pinkman. Played by veteran actor and writer Bob Odenkirk, Bad creator Vince Gilligan has been considering the character for a potential spin-off for some time. However, no details on the spin-off have been released. Dexter’s possible spin-off would revolve around Deb, Dexter’s police officer sister. While Showtime’s president David Nevis has stated that nothing is officially in the works regarding a spin-off, he would not rule it out as a future possibility.

However, as both Dexter and Breaking Bad have pasts steeped in death, it remains to be seen if either Deb or Saul survives their respective shows’ final season. If they do indeed make it out alive, perhaps fans will not have seen the last of their characters.