Just when it looked like things might be returning to normal at Community with the announcement that creator Dan Harmon is back at the helm, bad news once again strikes Greendale Community College. In a move that will likely dishearten fans, Donald Glover (Troy Barnes) has announced he will only be appearing in five out of 13 episodes next season.

Reports indicate that Glover is looking to devote more time to his music career (he performs under the name Childish Gambino and has developed a loyal following), and as a result, will have to sacrifice time spent working on Community. 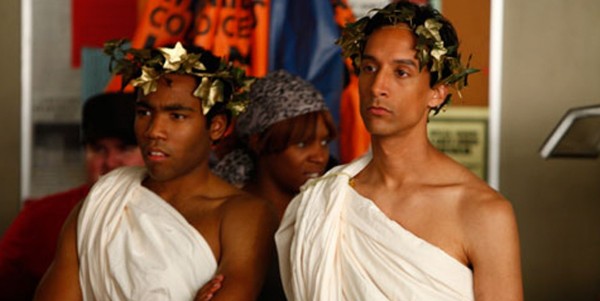 The loss of Troy for much of next season seems to put the show in a bit of a bind, particularly when it comes to stories for Troy’s best buddy Abed (Danny Pudi). The duo, who have more or less become the breakout stars of the show (recurring gags include the “Troy and Abed in the Morning” end of episode buttons, amongst other instances), were responsible for much of the otherwise diminished comedy in the show’s lackluster fourth season.

With Harmon back full-time, there was great hope the show would return to its past form. With the announcement of Glover’s shortened stint in season five, it will be interesting to see how Harmon handles this curve ball.