As of Monday, September 2, 2013, there is now a new cable network in town. FX’s spin-off channel FXX is officially up and running. The new channel will take over the airing of most of FX’s comedy line-up, leaving FX to house the network’s dramas and the majority of its film offerings, in addition to a few comedy stragglers. 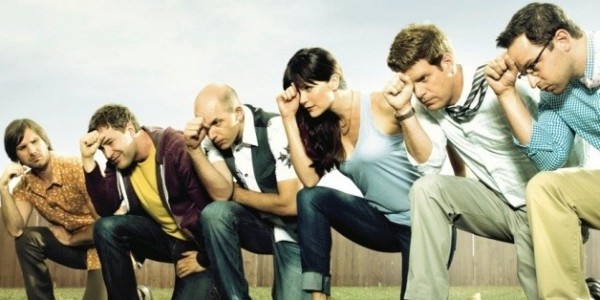 Among the shows making the jump from FX to FXX are It’s Always Sunny in Philadelphia, The League, Totally Biased With W. Kamau Bell, and Legit. FX comedies Louie, Archer, and Wilfred will continue to air on the network, although a move to FXX in future seasons remains a possibility. In addition to first runs of several former FX comedies, FXX also has the syndication rights to several other comedies, The Hughleys, How I Met Your Mother, Arrested Development, Freaks and Geeks, Spin City, and Sports Night.

According to Fox (which owns both FX and FXX), FXX is now available in 72 million homes. The new seasons of Sunny, The League, and Bell are set to begin airing this Wednesday. FXX is also set to air the comedy films Friends with Benefits and Hall Pass in the coming weeks.