Is Dan Harmon Returning to Community?

Reports are swirling that Dan Harmon, the creator and mastermind behind NBC’s niche comedy Community, has been asked back to the series after being unceremoniously fired a year ago by the show’s parent company Sony.

Harmon apparently mentioned during his weekly Harmontown podcast that Sony has reached out to him and invited him to work on the upcoming fifth season of Community. Following the reveal of the information (which did not include any details as to what capacity Harmon would be involved with the show), Harmon immediately asked for the information to be removed from the podcast, only to follow the request with “Ah, f–k it. I don’t care who knows.” 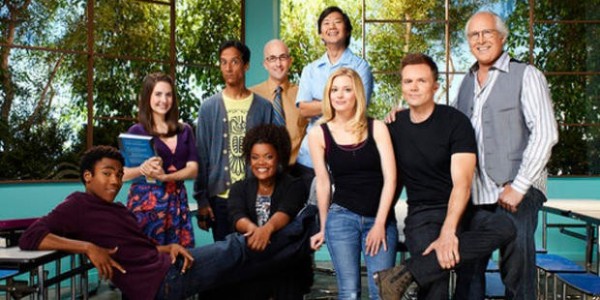 The saga of Harmon and Sony, with much of the tension stemming from Harmon’s testy relationship with the series’ former actor Chevy Chase (who left the show himself this season following racially charged outbursts on set) and from a desire by NBC to make the show more broad in its appeal, ended on a particularly bad note, with Harmon being offered - and publicly refusing - the (largely ceremonial) title of consulting producer and David Guarascio and Moses Port being brought in to run the show.

While Sony has not confirmed anything with regard to Harmon’s potential return to Community, rumors of his return have been popping up around the Internet following the show’s surprise renewal after a widely panned Harmon-less fourth season. With the show clearly at a creative crossroads, the possible return of its creator has ignited sparks of hope in the Community fan base. If Harmon was indeed invited back, he did indicate in his podcast there would be a price to pay. When discussing a fifth season of Community, Harmon reportedly said he would be willing to return to the series, but only if Chase was invited back as well. The response was apparently met with laughter - something that was missing throughout much of Community’s fourth season, and something that could very well return should Harmon return to the Community set.