Now that the television climate appears to be saturated with vampires, zombies, and werewolves (oh my!), it was only a matter of time before a new genre-based trend emerged to join the scifi/horror ranks. It appears that the newest trend has finally arrived: clones. With BBC America’s exceptional clone drama Orphan Black winning praise from critics and audiences alike, it looks like NBC will be jumping on the clone bandwagon; the network has announces that it will be commissioning a pilot of the Image Comics title Clone. 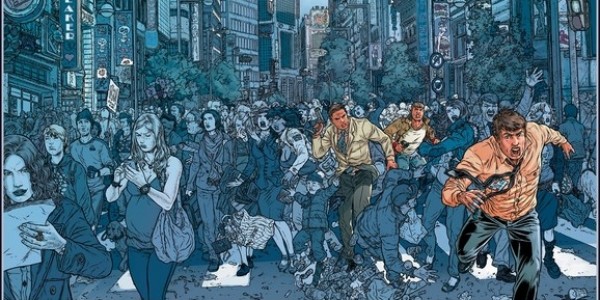 Clone, which debuted in late 2012 as a comic written by David Schulner, was created under the watchful eye of Walking Dead comic mastermind Robert Kirkman (who also serves as an executive producer on the AMC television show). Both Schulner and Kirkman will be working on the NBC pilot, which will follow the story’s protagonist Dr. Luke Taylor as he tries to come to terms with the knowledge that he is a clone, and that his clone brothers are after him and his family.

While the initial story does boast some similarities to Orphan Black (a person discovers that they are actually a clone and that their child is in danger from those who want to harm the protagonist), Clone will have a lot to live up to, based on the success of Orphan Black and its breakout star Tatiana Maslany. One thing is for sure: it looks like genre television has found itself a new trend.