Saul Goodman May Live On in Breaking Bad Prequel

There’s some good news on the horizon for Breaking Bad fans. With the hit critically acclaimed drama is set to end its six-year run in two weeks, AMC has officially green-lit the pilot for a spin-off centered on everyone’s favorite attorney, Saul Goodman.

Titled Better Call Saul, after the character’s catchphrase, the series has been in development for the past several months and will be developed by Bad creator Vince Gilligan and former Bad writer Peter Gould. While early reports on the series indicated it would likely be a sequel to Bad, the official announcement stated it would be a prequel, meaning Saul may face his own mortality as Bad comes to a close. 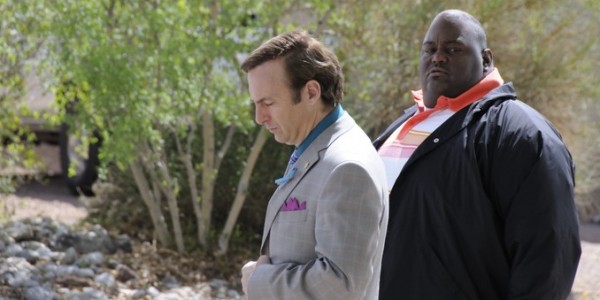 So far, only Saul’s portrayer Bob Odenkirk is officially set to appear on the show, but the door is likely open for several of Saul’s side-kicks to stop by the show, including fan favorite Huell (Lavell Crawford). Better Call Saul will be a one-hour drama, and follow Saul as he represents the dregs of Albuquerque society - before he ever heard of a meth dealing chemistry teacher named Walter White.