When Peter Capaldi was announced as the twelfth reincarnation of the Doctor, the title character on the long-running British series Doctor Who (which celebrates its 50th anniversary this year), fans of the show were generally excited. However, they were also a bit confused.

Capaldi is a familiar face to the Who fan base, having appeared on an episode in the series reboot’s fourth season, as well as having a large supporting role in Children of Earth, a mini-series from Who’s darker spin-off Torchwood. While it’s certainly not the first time a previous guest star has returned to Who in a more prominent role (the most recent example being Karen Gillan, who appeared in Capaldi’s Who episode and then went on to portray the Eleventh Doctor’s companion), but this is the first time someone has previous held such a prominent role in the past before transitioning to a central character. 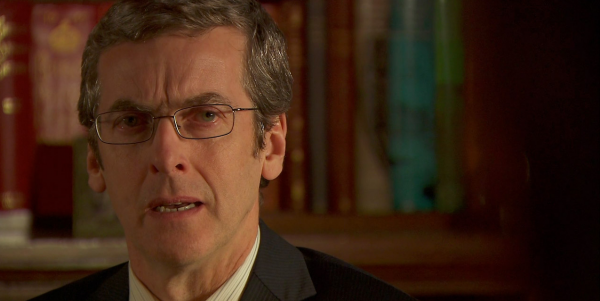 Who’s showrunner, Steven Moffat, recognizes that it might be a bit jarring for fans to see Capaldi taking over the reigns as the Doctor after his previous work in the same universe, but he has a contingency plan in place to explain the multiple incarnations of Calpaldi throughout the Who cannon.

According to Moffat, former Who showrunner Russell T. Davies (who was also the showrunner on Torchwood) had his own plan in place to explain Capaldi’s repeat appearances. When Capaldi’s casting was announced, Moffat turned to his former boss to find out what that plan is, and has announced he may make use of it should the need arise in the future.