Now that nearly three weeks have passed since the Breaking Bad finale aired, showrunner Vince Gilligan has begun opening up about his planned spin-off of the much lauded series, Better Call Saul. Announced as a prequel to Bad, the series will follow Saul Goodman, played once again by Bob Odenkirk, as he navigates life as a shady Albuquerque attorney in the years before Walter White walks into his life.

Aside from Odenkirk’s involvement, Gilligan had been mum on whether or not any other actors and characters from the Bad universe might appear on the series. In an interview with The Hollywood Reporter, Gilligan stated that the new series will air in hour long increments, and feature a basic 75-25 comedy-drama breakdown. Initially, Gilligan and Saul co-creator Peter Gould wanted it to be a half hour comedy, but felt they should stick to the formula they know. 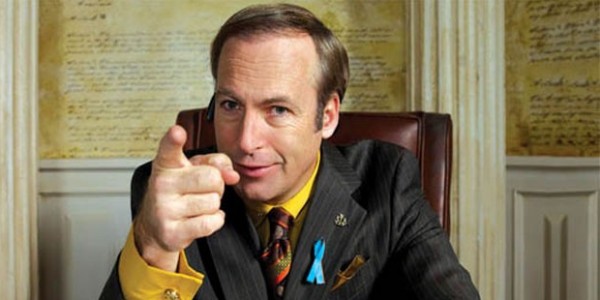 As for whether or not fans can expect some familiar faces when Saul gets underway, Gilligan indicated it might be possible. Various Bad cast members have expressed a desire to appear on the spin-off, and Gilligan is willing to throw them into the mix- just don’t expect Jesse to become the focus of anything. Other characters like Mike or Huell are more likely candidates to appear in larger roles on the series. But, if when the show premieres, you think you see Walter White walking in the background, you might be right.

AMC has ordered a pilot of the series, which is currently being written. And, fair warning, just because a pilot is filmed, it doesn’t mean Saul will be picked up for a series order. Breaking Bad fans will have to keep waiting to see their favorite characters rise one more time.