By: | Movie Features | August 3, 2011
The life of a film freak and avid gamer involves a lot of sitting. As such, we are generally out of shape, pale and don't see a whole lot of ... excitement. Even if you're the rare breed of in-shape couch warrior, chances are you still have bad posture and either way, you're definitely not famous. You might not spend much time thinking about it, but chances are you wouldn't mind living in the mind and body of someone a bit more awesome than you are; not that you're not awesome, just not the same kind of awesome as celebrity awesome.

Neither are we, so in the bromantic spirit of Universal's new comedy The Change-Up starring Jason Bateman and Ryan Reynolds as body-swapping buddies, we've each generated a list of five actors whose bodies and abilities we wouldn't mind inhabiting for awhile (or forever). We also provide two very different perspectives on motivations for body-swapping. 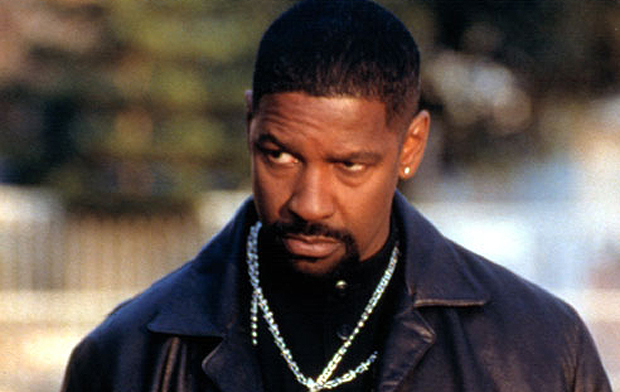 For one thing, it would definitely be cool to be of a different race, so if I had to take my pick, I'd want to be the most badass all non-Caucasians. I can't even fathom the confidence boost of being able to scare the living crap out of anyone on a dime and just getting mad respect in general. From an acting standpoint, no one ever disses Denzel's performance even if his movie is so-so. That's cool.

Max thinks: If you wanted to switch different skin tones, I don't think I'd go for Denzel, as much love I have for him. I'd have to go to the bigger badass, and that'd be Samuel L. Jackson. However, it comes with a catch: I want the eye patch. And hair. I like my hair.

Have you seen these pictures of Bane? In the parka I'm not so sure, but Tom Hardy's jacked silly. Plus, if I were to switch with him right now, I'd get to act in The Dark Knight Rises and that would be worth it in and of itself. Considering he's Hollywood's next big action hero, it would be amazing to be him entering his prime and get calls about offers to be in all the most awesome projects. And I'd get the accent — bonus.

Max thinks: Woof. I know that might freak some of our readers out, but I can't help it. Woof. I couldn't switch bodies with Hardy; I'd never get out of the house. 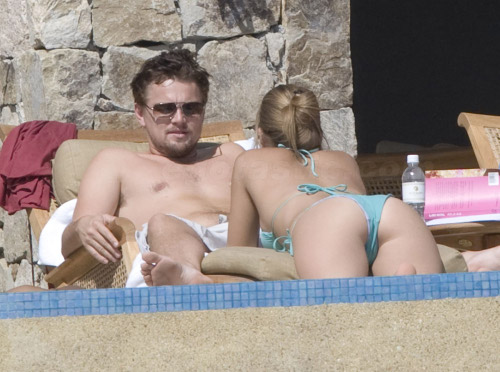 I'd be laughing at myself if this were 1997, but Leo's got some of the most respect, talent and as we've just recently learned, money (thanks to Inception) in Hollywood. And you know one of these days he's going to win the Oscar. Little known fact: I've always wanted to deliver an Oscar acceptance speech. Leo gives me a pretty damn good shot. Also, though they split last May (reportedly), Leo has been dating Israeli supermodel Bar Refaeli (teased above, but Google Sports Illustrated Swimsuit Cover 2009 and click "images") and I would love me some of that.

Max thinks: I cannot deny his chops, though I don't know if I'd ever want to be associated with Titanic. Still, Leo — one of few celebs on a first name basis with the public — has the charm and charisma of Old Hollywood, and we can't deny how great that would be.

I want to know what goes on in this guy's head, for one thing, as he's always totally goofy in person. At the same time, he's one heck of an actor and a perennially eligible bachelor, which has to have its perks. Clooney's a man's man and can charm the pants off any woman aged 18-65. He's also a fine director and producer, which means I'd be gaining some pretty awesome experiences and skill sets.


Max thinks: I don't want his charm or women, so I'll fax that over to you, friend. What I would take away is his underused abilities in direction and producing. Good Night and Good Luck is one of my favorite films in the last 10 years, Ides of March is looking promising (hello Mr. Gosling!) and there's no denying his spot in the industry is bulletproof.

In the looks department, Jakey has it covered. I would probably stare at myself for hours on end, as creepy as that sounds and is. He oozes charm, has intangible leading man talent and he's got those irresistible baby blues ... Yes, I'm the straight one, but I'm confident enough in my sexuality to say that Gyllenhaal's a beautiful, beautiful man. No shame in admitting that. Anyway, provided I don't go the path of Narcissus upon entering his body, I'd make damn good use of it.

Max thinks:It's got to be hard actually, to have eyes that blue. I'd be using them to stare at others, drawing them to me. I've always had a major crush on this guy. Plus, maybe I'd get to mess around with the time vortex. He did a movie on that, plus he's insanely hot. Surely that has to break a few laws of time and space. 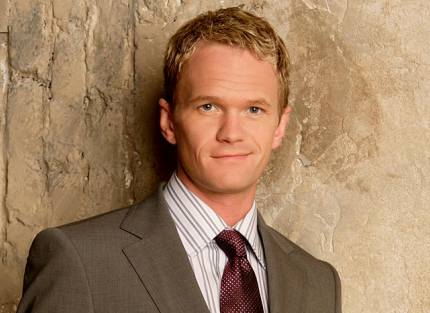 Can’t say how I’d look as a blonde, but who better to switch with than Harris? He’s got the charm, the talent, the hot husband and an army of fans that seems to be growing every day. Not to mention he’s one of Time’s Most Influential and gets paid just to show up to places: bonus pay if he brings the hot husband. Plus, I could always moonlight as the awesome Dr. Horrible, so what’s not to love in a switch like this?

Steven thinks: I'll fax the husband back your way, friend, but no one's becoming more well-loved in the public eye (and across age gaps) than NPH right now. He's super talented and is bound to have his own talk show one day. That said, I've no interest in being called Doogie Howser everywhere I go.

Uhhh … look at him. Seriously, look hard. Why wouldn’t you? If the face wasn’t enough, he boadts a remarkable eclectic resume for the crop of current-gen actors and he’s only looking to pick up more steam. With critical accolades and future tentpole projects falling at my feet ... yeah, I’d take/hit that.

Steven thinks: Absolutely. Gosling just finished outside my top five. He's spent his last many years in low-profile projects but with The Notebook on his resume, the former "Young Hercules" is primed for stardom.

Royalty on any level: TV, stage or film. That’s a good get, not to mention I would have the mantle of Magneto on my head, and you don’t frack with that kind of cool—I blame “The Last Stand” on contracts. Plus, he’s one of the Elders of my people, at least one of the ones we’re allowed to talk publically about. His position will wield all kinds of power. Like a vampire without the blood, but definitely the guys and gravitas.

Steven thinks: Agreed on the respect and power and being Gandalf and Magneto to boot, but I've got the rest of my life to get old and wrinkly.

Again, this should go without saying. He’s got the timing when push comes to shove, he can bench press a Buick from the look of him and his position in the industry is only getting bigger. He may not have the greatest range, but who cares?! He keeps good company and has a gay brother. The horrible things I’m thinking right now. Hugs. Lots of hugs.


Steven thinks: If he's in Captain America shape, I think I'm with you — minus these unspeakable acts you've plotted. He's funny and good-looking and now an action star. Can't argue with that.

To be this guy is essentially giving me license to be whoever I want. He’s a freaking chameleon of talent and stature. Nobody ever talks about him in anything less than stellar praise and you’d get the chance to work on whatever the hell you want. Plus, aside from the height and talent, I’d get the accent and opportunity to shake Scorsese’s hand. That’s reason enough.


Steven thinks: Much more surefire shot at another Oscar than Leo, but his selectiveness when picking projects wouldn't work for me. I'd be trying to cast myself in the Daredevil reboot or something dumb. Still, I'm pretty sure every other person in Hollywood thinks he's more talented than they are, so that's awesome respect.