10 Films That Would Be Better as Slasher Movies

At some point, every movie-watcher grows really tired of the horror film or thriller where a mysterious or overpowering killer knocks off one main character at a time and then only two survive long enough to make it to the final showdown and usually one of them is a minority. See, at least a dozen movies just popped into your head.

Yet the formula has withstood the test of time, and what began with Jaws in the '70s  and evolved into the slasher movie has become a staple of cinema. The terrifying Freddy Kreuger, who stars in Friday's remake of the tremendously successful Wes Craven slasher A Nightmare on Elm Street, is an example of a successful execution of the formula. Its sequels? Maybe not so much. But rather than dwell on all the terrible head-shaking examples of slasher films, why not try something a bit different?

That's why I've created this list of ten movies that actually would've been way better had they been conceived as slasher films. I'd love to hear some of your ideas, but here are some solid ones I came up with. You can tell that I took this half seriously and half jokingly, which I think is fair.

Perhaps Vince Vaughn could've re-channeled his performance as Norman Bates in the awful Psycho remake to add something to this cliched romantic comedy from last fall. The title Couples Retreat is perfect: just note "retreat" as a verb and not a noun. Sorry, I love me some titular wordplay. The set-up is perfect though. A bunch of couples go on a Hawaiian vacation together for some R&R along with therapy tied in when a mysterious killer picks these dysfunctional saps off one at a time. Is it one of the couples? The hot foreign surfing instructor? No! It's the island native whose grandfather is buried under the resort! It has to be! Right? Wrong.

My lone superhero film on this list is easily Ghost Rider. Just about anything would've made this film better and considering Johnny Blaze sold his soul to the devil and rides on a motorcycle with a flaming skull for a head, no reason he couldn't just kill innocent people instead of being some sympathizable anti-hero.

Think of all the ridiculous catch lines he could howl as he speeds through the night adorned in half-assed CGI: "Think that was bad, well my bark's not as bad as my BIKE!" or "I'm on FIRE, bitch!" 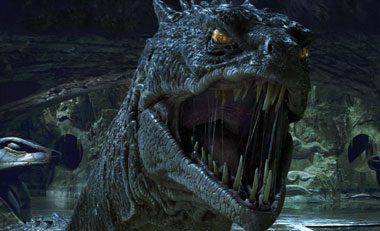 8. Harry Potter and the Chamber of Secrets

Let me first mention that I thought this was a good movie, but why did the Basilisk's reign of terror freezing kids with one glance limit itself to just a couple kids and a stupid cat? I guess that would make this a terrorizing monster movie, but maybe if Ginny was hypnotically walking around killing some Hufflepuffs in the first degree, you solve that problem. And nothing is more terrifying than a little bloodthirsty ginger girl. Anyway, the horror element to this Potter chapter is definitely its standout feature, so there's no denying it could've been better with some gore.

7. Anything by M. Night Shyamalan after "Signs"

After two unique thrillers in The Sixth Sense and Unbreakable, M. Night Shyamalan attached a reputation to his name. Then he delivered some horribly average or terrible movies intended to spook their audiences in The Village, Lady in the Water, and The Happening. None really did, so they should've all just been explicit in their ways. I think The Village and Lady in the Water would be prime examples of easily made slasher films. The latter sounds like a slasher film in title alone and the former could've had more hooded people murdering people. I have nothing clever to say here really, because this is just downright true.

A teen romance about vampires and mortals that ends up garnering mediocre reviews could have easily improved itself with a blood-sucking killing spree. What were those three vampires led by the dude in the dreds doing just walking around the woods for the whole film? Kill some people already. You're vampires, you shouldn't care this much about manners and what are you doing out in the middle of the day?

This movie would've been much more interesting if a gang of vampires was out killing some Forks people and one of them, Edward, fell for Bella and squealed about their plans and then those vampires went after them or something. Actually, that sounds like crap too, but at least it would have better justified the buzz than what Stephenie Meyer actually wrote. (P.S. I know this is a photo from "New Moon," just relax you Twi-hards.) 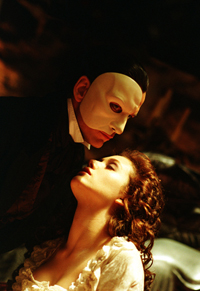 5. The Phantom of the Opera

I'm a fan of the Andrew Lloyd Webber musical, no doubt, but how much better would the movie have been if the Phantom stopped wasting his time trying to woo Christine and instead took her and her pretty-voiced singing friends back to his labyrinth to slash their throats and rip out their vocal chords for his collection? This would not have been a stretch for "Phantom" star Gerard Butler by any means.

Plus, the Phantom has a terrific backstory accompanied by a facial disfigurement, so he's pretty much already there. If it still had to be a musical, "The Music of the Knife" would've made a great show-stopper. 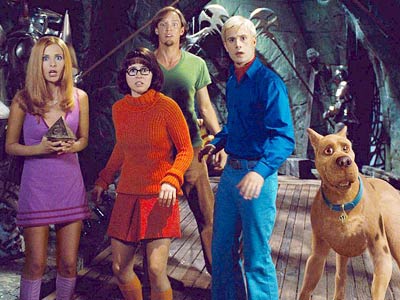 
A crew of amateur flower child detectives and their great dane companion descend on a supposedly haunted mansion. When they encounter the "ghost," instead of running casually behind them trying to scare them away from his plot to make some kind of illegal cash, he picks them off one by one with his medieval broadsword. Now that's a mystery movie.

Freddie would die early because of his vanity. Daphne would get some kind of Hostel-style treatment where she's tied up naked or something and the ghost messes with her, violently speaking, I'm not that sick. I can also see Velma's death scene where she loses her glasses and stumbles into some dark corner then cut to her glasses crushed and bloody on the hardwood floor. You could even spare Scooby's life and still make this a good slasher film. Last line of the movie? "And I would've gotten away with it if I killed all you meddling kids." 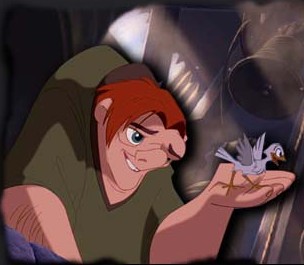 3. Disney's The Hunchback of Notre Dame

What does Quasimodo owe any of those French jerks? They locked him up in a bell tower and they all think he's hideous. Yet Disney decided that Quasimodo was a kind and gentle soul who simply wanted a chance to live among normal people. Come on. This was Disney's best chance for a slasher movie. You have the trademark deformity again along with a back story that's rich with psychological trauma. Esmerelda could've been the token hottie who Quasimodo tricks into pitying him and then traps up in his bell tower toward the end. The talking gargoyles could have been the stone-cold henchmen who cover up his tracks. Religious-themed supernatural horror is big these days, this would totally work. 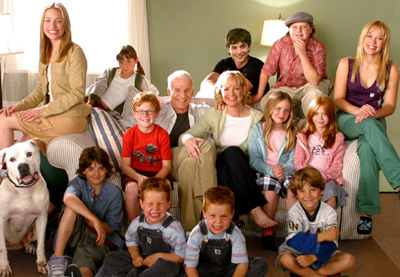 2. Cheaper by the Dozen

Now you're thinking I'm a bit sick. Kids? Let's just pretend we live in a society that isn't bothered by watching kids die. There, now you can see why this premise would be perfect and why the title would be even more twisted than the concept. A family of twelve kids move because of dad's new job to some ridiculous mansion that was haunted. Cliche, I know, but indulge me. Suddenly kids are disappearing. Hillary Duff -- side note -- would be the first to die. Suddenly the suspicion is someone in the house is doing it to convince the parents to move them back to their old home. They try and work things out through talking as a family but pretty soon they need to work together as a family just to survive. Then surprise, it's Mr. Jensen, the registered sex offender who lives down the street! Always make sure your parents check the online RSO database before moving, kids.

1. He's Just Not That Into You

Ten different couples and how their lives are all interconnected -- by murder. This title would put I Know What You Did Last Summer to shame in the world of slasher movies. But really, what's better than taking a terrible cliched romance and turning it into a terrible cliched horror film? I think the slasher genre should really look into the interconnected vignette structure too. At the beginning you have somewhere around ten different stories and the women in them start dying off in ways that make it look as if the men they were pursuing did the bloody deed. Then as you see how they're connected, you slowly piece together who it is that's "just not that into them."