10 Reasons to Return to Middle Earth for ‘The Hobbit’

It’s been nearly 10 years since we were last taken on a new adventure to Middle Earth, but when you consider the exhaustive runtime of the The Lord of the Rings, plus the DVDs and Blu-rays that set the bar for the words “extended version,” you might feel like you barely even left Tolkien’s world, and bam, here we are at the release of The Hobbit: An Unexpected Journey.

With reviews having been posted for at least a week now, you might have heard that Peter Jackson’s prequel is yet another long film, that it drags — a lot. Considering there will be three films for The Hobbit, which is infinitely smaller than any one book of The Lord of the Rings, we’re not surprised, but we still think you’re going to like what you see. Unless you don’t care for hobbits and dwarfs.

In that spirit, here are 10 reasons why you won’t regret being cinematically transported to Middle Earth and through the Misty Mountains. 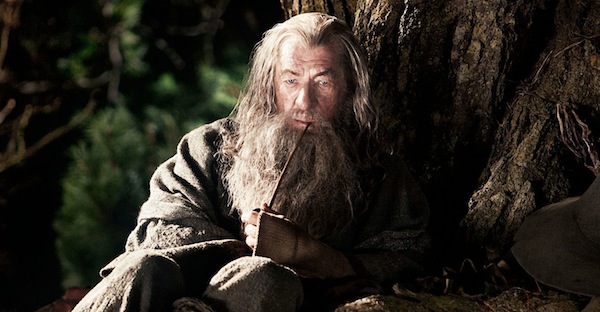 The reason any great franchise can come back after several years is because moviegoers long for the chance to reunite with “old friends.” The phrase is rather fitting for a Tolkien series as well. In the case of The Hobbit, it’s Ian McKellen’s Gandalf the Grey whom I most look forward to reprising his role. He’s so perfect it’s ridiculous. Also, throughout the films, Jackson has added in cameos from Lord of the Rings characters such as Frodo (Elijah Wood) and Legolas (Orlando Bloom). In this first film, Elrond (Hugo Weaving) and Galadriel (Cate Blanchett) appear, who added such esteem to The Lord of the Rings. 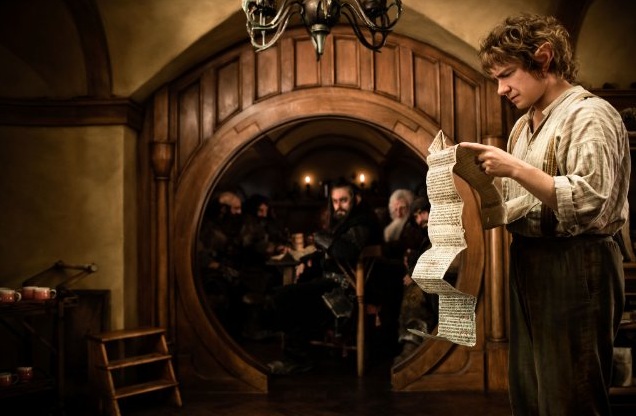 The tone of The Hobbit is distinctly lighter, with lots of jokes about food. Some of these won’t translate great to modern audiences, but the points is that there’s a bit more fun to be had. You could probably tell that from the first trailer. When you consider Gimli as the entire comic relief for The Lord of the Rings, try multiplying him by 13 (one of which is his father, Gloin). 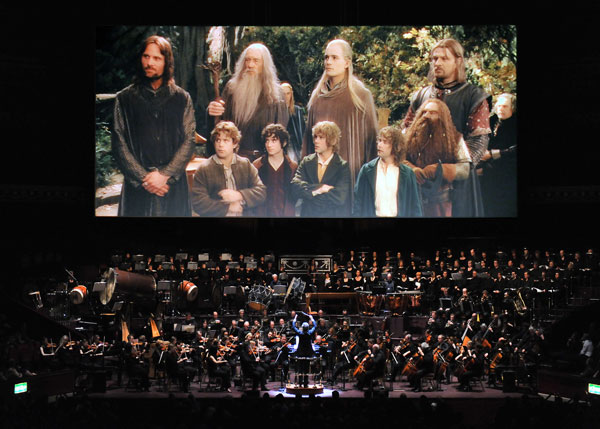 It’s so easy to forget how instrumental (no pun intended) Howard Shore’s scoring was to The Lord of the Rings as there was so much to love from a technical perspective. He should bring the same setting of tone to The Hobbit, even if it’s not as majestic or memorable as the themes from LOTR. 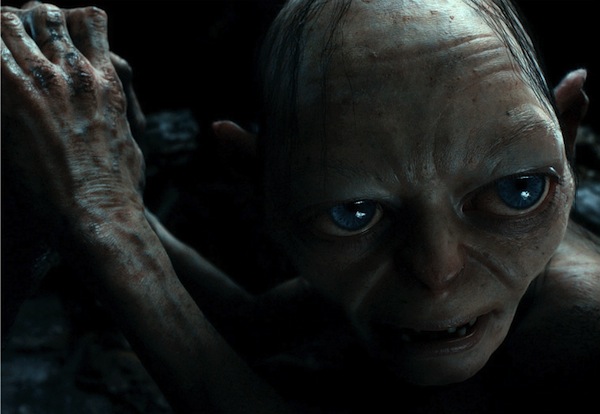 In An Unexpected Journey, we get a reprisal from the character (and actor) who changed CGI forever. The creation of Gollum was probably the most important thing The Lord of the Rings did for motion picture history. “Riddles in the Dark,” a chapter in The Hobbit, is probably Gollum’s most famous appearance in the entire series, and even if you couldn’t stand him in The Lord of the Rings after awhile, you should appreciate his important role in the series when you watch this scene. 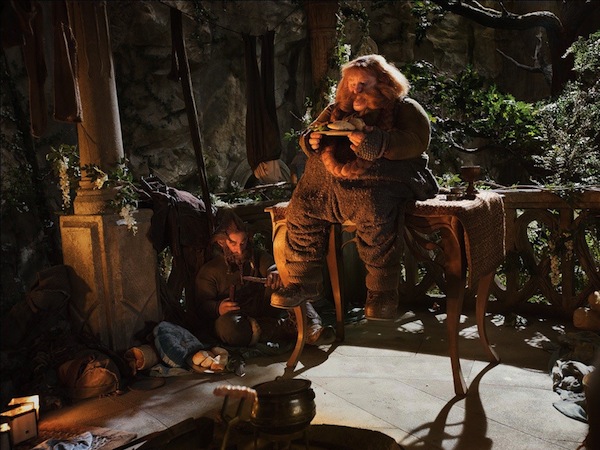 Adventure for all ages

Although some will probably be disappointed that The Hobbit is a much lighter adventure than The Lord of the Rings, the way to look at is this: the film is exposing Tolkien’s universe to a younger generation. The Hobbit can be read by anyone as young as 12, and it’s one of the best gateway books into other fantasy novels. It’s something you can bring a child or younger relative to and bond over something truly timeless. 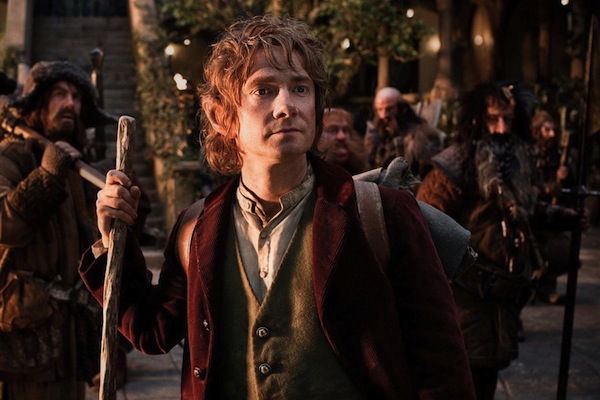 If you haven’t seen any of Martin Freeman’s work, then you just don’t realize that you saw him in Love, Actually, or you’re in for a real treat. He currently shines on BBC’s Sherlock as John Watson, which showcases his expert sarcasm as well as his emotional range. My guess is when you see The Hobbit, you’ll understand exactly why Peter Jackson was so adamant about getting him to star. 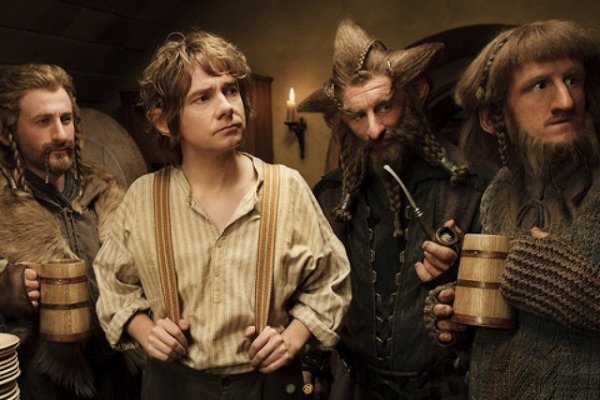 Some of you probably just shuddered. You’ve heard about this high frame rate business and you’re skeptical. Frankly, I don’t blame you: we’re used to 24 fps because that’s how movies have always looked and we are comfortable with it. Yes, it’ll probably be a bit distracting to see the movie in a way that’s much more comparable to the way we see the world with our own eyes, but there’s potential as far as what 48 frames can do for movies in the future. For one, it apparently makes the scenic shots absolutely breathtaking. But honestly, if James Cameron says get behind it, try to get behind it. 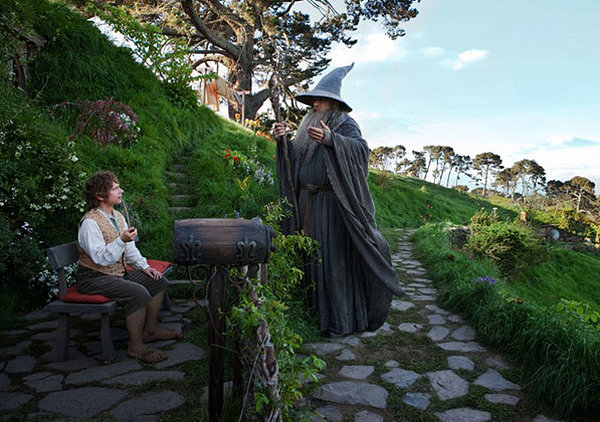 Speaking of breathtaking scenic shots, New Zealand’s contribution to this series continues with The Hobbit and when you revisit LOTR, you’ll probably recognize just how big of a difference it is to watch a film shot in a real place compared to one that employs a ton of CGI. New Zealand is just perfect and you wish more films could be made in such a natural way as far as location.

Deeper insight into the characters

With one book split into three movies, obviously something has to been injected in there to fatten up the narrative. Knowing Jackson, it means we’re bound to get a lot more character development whether we like it or not. As such, expect to get to really know these characters, perhaps even better than The Lord of the Rings. In that series, we got to know a few characters very well, but expect to know the whole lot of ‘em and even be able to pick out the different dwarfs. 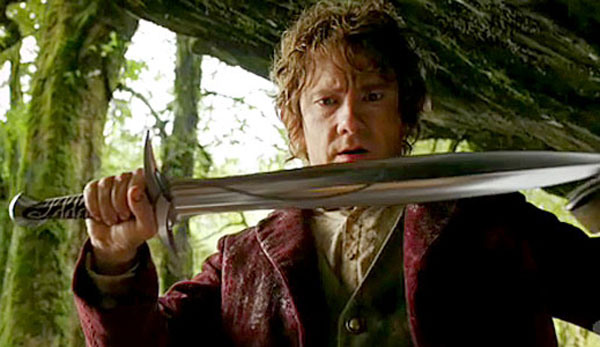 Continuity the likes of which has never been done before

Usually with a nine-year gap, you get a lot of creative turnover in a film franchise, but The Hobbit appears to have a look and feel that’s absolutely seamless in connection to The Lord of the Rings. With so much of the same creative talent involved and several key returning cast members, we just haven’t seen this kind of continuity between two separate stories in the same universe, ever. Star Wars was too far apart and as such the two trilogies feel like two totally different products. Advances in technology will be noticeable in The Hobbit, but not to any significant extent. It will be a true prequel to one of the greatest cinematic achievements of all time.