10 Sci-Fi Movies That Should Be Remade

Given that we live in a time in which Hollywood remakes and reboots run rampant, it's considered taboo to clamor for one. But the truth of the matter is, there are a lot of decent films that have been made over the years that simply could've been better.

Sony's remake of Total Recall (or a reinterpretation of Philip K. Dick's We Can Remember it For You Wholesale, if you prefer) comes off as a bit too soon in the remake department for some, and others simply like Paul Verhoeven's original enough for what it is that a remake seems unnecessary. Either way, if this is what Hollywood wants to do, we should at least point them in the right direction. Here are 10 sci-fi films that warrant a remake. 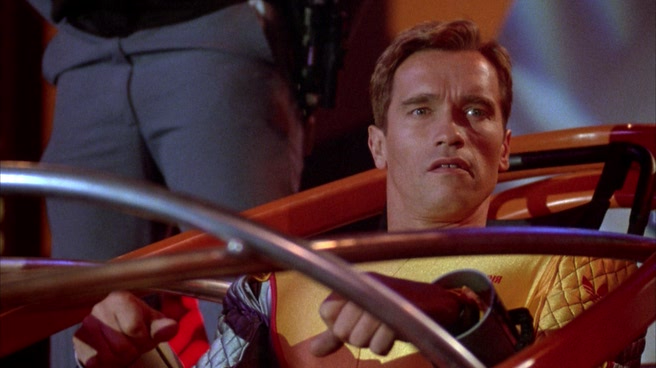 With Total Recall now up to bat, you can wager that studios are looking closely at whatever properties they own that feature the one and only Arnold Schwarzenegger should Sony succeed. I would nominate The Running Man.

While most films on this list should be remade because they were flawed films, this ‘80s dystopian flick that nowadays can be described as The Hunger Games meets American Gladiators is just fine being the campy cult classic it is. I envision a remake would be in that same sickly comic spirit, only darker and a bit more ultra-violent. Given the connection to The Hunger Games don’t be surprised if you hear about a remake sooner than later. Maybe it will even come out in 2019, when the original takes place. 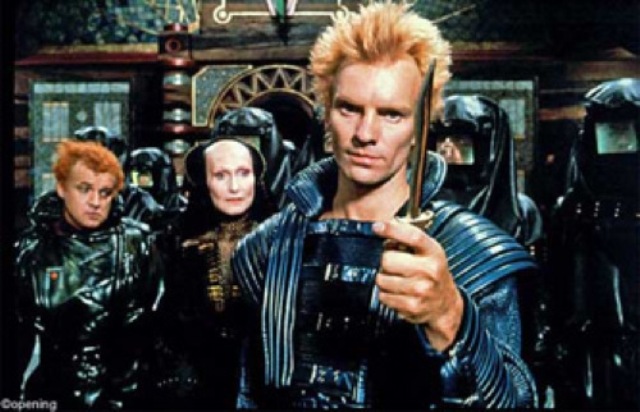 You can't talk sci-fi remakes and not mention Dune. Sci-fi fans have been clamoring for a remake of Frank Herbert’s epic novel since the original came out. Its production took 10 years and when it finally came to fruition, it was mired in creative control controversy, leading esteemed director David Lynch to sever himself from the final cut.

The road to a remake has been no less arduous. Peter Berg started with Paramount in 2008 and dropped out a year later. Taken director Pierre Morel took the helm in 2010 and then stepped out. Paramount killed the project in 2011.

It’s clear that a big name with an even bigger vision would need to take the reigns to bring Dune back to the big screen. Perhaps even more important is a writer capable of working with dense source material such as Steve Kloves of the Harry Potter movies. 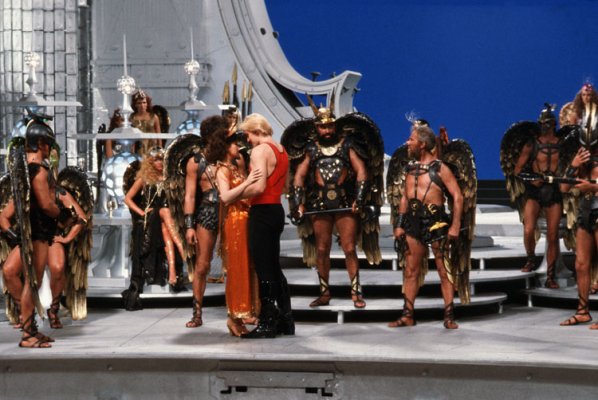 Call it crazy, but where John Carter failed, it seems possible that Flash Gordon could succeed. Both are based on pulp sci-fi heroes that started it all, but Flash has a lot more name recognition. Comparing the names alone, more people would probably see Flash Gordon.

Let’s put aside the fact that Ben Kingsley could play Ming the Merciless and take a look at the facts. The film has definite cult status and probably saw a resurgence in popularity thanks to the countless references in this summer’s comedy Ted. It takes place in a rich, visual universe and dates back to the 1930s series starring Buster Crabbe (which I personally prefer). It has some good will built up over the years and could be an extravagant sci-fi epic if done right. 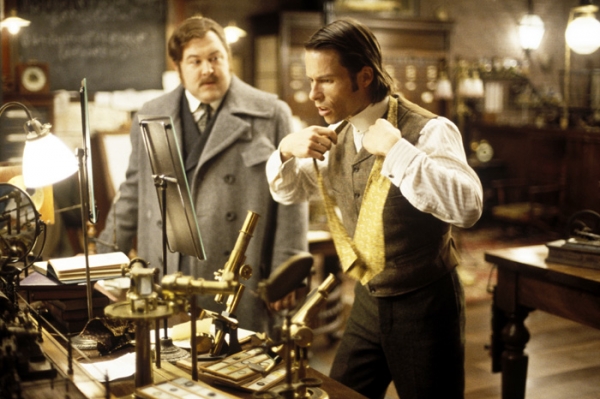 Admittedly, H.G. Wells’ source material is told in such a way that makes this a challenging adaptation, though if anyone knew what to do with it, presumably it would have been the author’s grandson, who directed the 2002 version and made the story oddly self aware. But with many new riffs on time travel lately and better special effects to handle the Morlocks, a remake could at least have visual appeal, especially if set (initially) outside the Victorian era.

The story is the key. Having the time traveler attempt to save a murdered loved one was the strongest choice of the adaptation, and journeying throughout the expanse of time in hopes of finding out how to save her has promise as an epic sci-fi love story. Considering the worry about the future of our planet only continues to grow, Wells' theory of societal degeneration still weighs on the minds of creative authors and filmmakers and could really bolster a future adaptation. 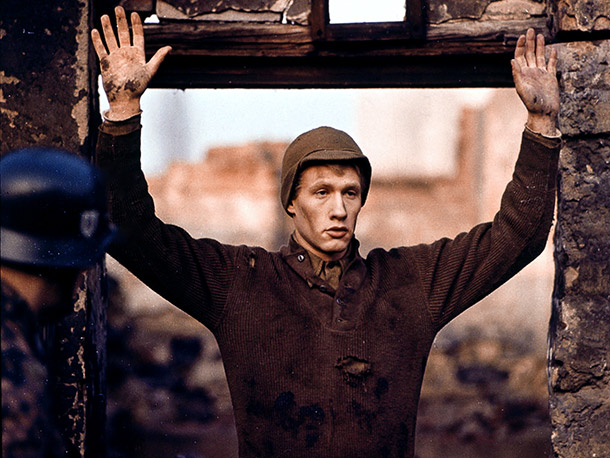 George Roy Hill’s adaptation of Kurt Vonnegut Jr.’s classic sci-fi war story of a hero “unstuck in time” earns points for faithfulness, only changing a few things here and there. Even Vonnegut Jr. was pleased with the results, which is not something you heard much in the ‘70s.

Yet at the same time, the power of the book’s prose, the strength of the epiphany it presents, don’t come across. It would be nice to see a version that gives it some weight. Given the whole point of the story is that Billy Pilgrim experiences his life all at once, it would take a writer and director extremely gifted in telling a story in which the events are told out of sequence yet feel strangely connected. Christopher Nolan’s name comes to mind again, but what sci-fi project would you not want him to handle? If done right, Slaughterhouse-Five could be something special. 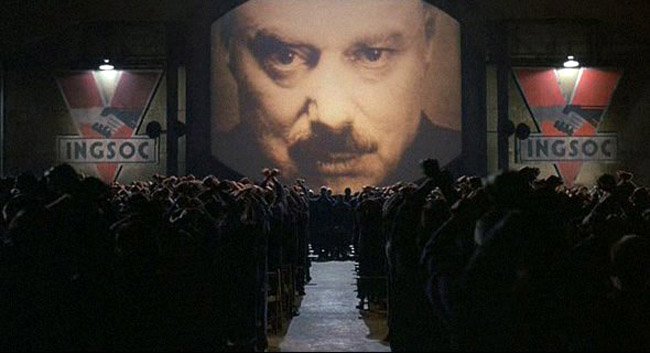 It’s been 28 years since the titular year that George Orwell imagined could hold such totalitarian horrors. In that time, film has come a long way too, as has our vision of what the worst of the future could look like. It’s time for someone to dare to bring this story to life again. After all, it is the most influential work of dystopian fiction ever, and these very stories are more popular than they’ve ever been.

Given the quantity of powerful themes and ideologies present in Orwell’s text, there’s no question that Christopher Nolan would make an outstanding adaptation, even if the story lacks on the action side of things. There’s nothing Nolan loves more than an idea-driven story and a tragic romance, not to mention a somewhat ambiguous ending. 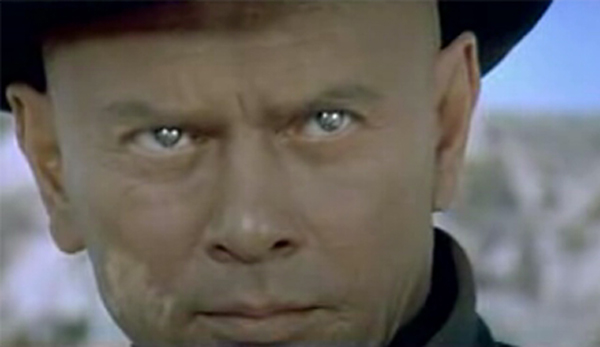 Here’s an easy one — a real no-brainer for any Hollywood exec. Michael Crichton’s film is a brief, 88-minute exercise in a utopia gone wrong anchored by a menacing Yul Brynner as a rogue cowboy robot. Perfect example of Crichton’s patented story progression of ease, paranoia, suspense and chaos.

Waiting even a mere 10 years would’ve given Westworld a whole new set of visual effects tools to work with, and given what we saw with David in Prometheus, realistic robots have come a long way in the world of visual effects. Those techniques would’ve made Westworld a lot better, though Crichton’s amateur direction skills and a one-dimensional story would’ve probably had a bigger impact. It would be good to see this movie in more capable hands, though it would not have to be the a great director either. The franchise potential is there too, as Westworld is just one of the many worlds of the adult theme park Delos. 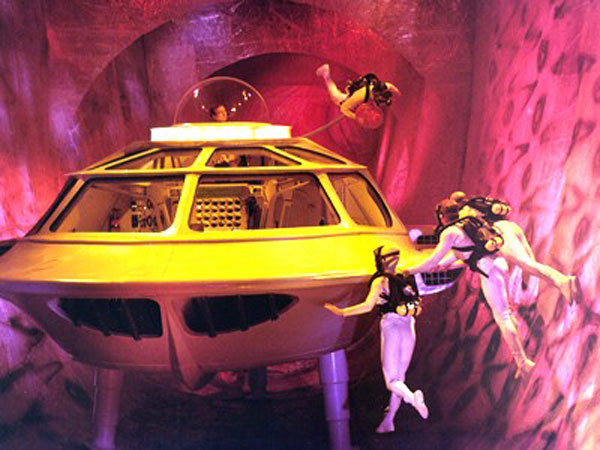 Today’s generation has never seen an adventure inside the human body that didn’t take place in a Magic School Bus, and they should. Fantasic Voyage is every biology and sci-fi nerd’s fantasy come true. Why anyone let it get made in 1966 is a stumper, though it surely should be applauded for what it does manage to do given the available effects.

In the digital era this would be far more fascinating. As a filmmaker you could actually talk to scientists who in today’s world have a sense what it might look like in parts of the body if you were smaller than a red blood cell, and recreate them for the screen.

The concept of having an hour to shrink a team of doctors and scientists and inject them into a dying diplomat's blood stream to save him from a blood clot has great potential for a fast-paced thriller. James Cameron, Roland Emmerich and Paul Greengrass had all considered remaking this before. Shawn Levy (Real Steel) is currently attached though there’s been no movement on it. 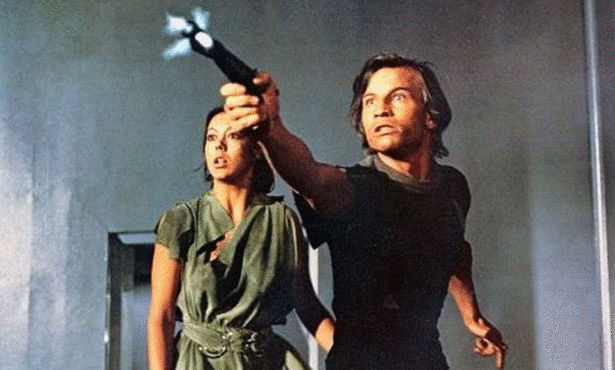 Another extremely ambitious sci-fi film, Logan’s Run fell off the map once the technical behemoth that was Star Wars entered the universe. What sets apart this dystopian society is a unique set of rules/circumstances. Everyone is able to live in this world completely centered on pleasure until 30, when they go up for “renewal” and face being killed. In this indoor world, people attempt to flee constantly and that’s where Logan’s job comes in — stopping the Runners. As you might imagine, he begins to see the other side of things and becomes a threat to the establishment.

Director Michael Anderson gets really visually creative and unconventional here, which makes the film stand out. In the second act, which takes place “outside,” however, it really starts to lose its effectiveness and ultimately, it lacks the poignancy of a 1984. Anderon’s take is too colorful as well, feeling like the 1970’s take on the future rather than what the 23rd Century might actually be like. This could be a great film if done in a darker, more brooding fashion, so we really get to see Logan’s eyes open. A remake is currently in the hands of Drive director Nicholas Winding Refn with Ryan Gosling attached to star.  Yes please. 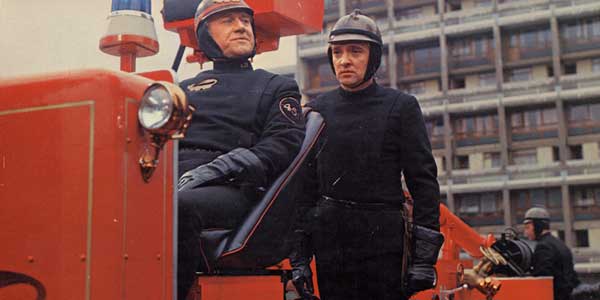 Francois Truffaut’s film has become more appreciated over time, but many still feel like Ray Bradbury’s powerful statement about ideas and art deserves better. Considering the novel’s exposure to younger generations through high school literature classes, it most certainly has a base of people who would be interested in a remake. So far, the movie Equilibrium starring Christian Bale is the closest thing we’ve gotten.

Guy Montag, the main character, is going to be the center of any successful Fahrenheit 451 adaptation. His wrestling with his job and his newfound change of heart as he becomes exposed to books is the center of the story, more so than the dystopic elements and the relationship between intellectual thought and social behavior/acceptance. For that reason, the possibility of Frank Darabont (The Shawshank Redemption) directing a number of years ago was quite exciting. Regardless, of all the dystopian sci-fi novels out there, Fahrenheit 451 is the most accessible and in need of a remake.