The network upfronts are coming in May.  Who will survive to next year?  Let’s take a look at the current suspects among the scripted shows currently on television.  For those not familiar with this annual commercial network occurrence, these are the days which the following Fall/Spring television season will be announced.  On the below dates we will learn the broadcast schedule for the 2010/2011 season.

NBC is having a terrible time this season.  So far we know that Parks and Recreations, Community, 30 Rock, and The Office have been renewed (basically the Thursday night comedy lineup).  Otherwise it looks like Mercy and Trauma are dead in the water.  Heroes is leaning toward a non-renewal and Chuck is on the fence.   Chuck will be back late in April and the ratings for those episodes may decide if this show will survive till next season.  Heroes is one of those shows I feel is like Dollhouse was last year.  I wouldn’t be shocked if it got renewed, but every indication is that the show should be canceled.  The Law & Order franchise including the original and SVU will be back with the original breaking records with next season.  Also Parenthood seems like it is a pretty good bet to be renewed as well.

With Fox after last year’s renewal of Dollhouse no one should feel to comfortable in predicting what they will do.  Let’s face it, Dollhouse had extremely bad numbers and still ended up producing new episode for a second season.  This year’s questionable renewal could be Human Target.  With its place in the schedule with Idol you get the feeling FOX would like to see it renewed.  It probably shouldn’t be though.  Shows not to be renewed are Til’ Death (finally), Brothers (which just really found its stride), Dollhouse, Past Life, and of course the truly horrible Sons of Tucson (Reaper should have been renewed!).  Also announced recently is the fact that 24 will not be back for another season.  One has to hope for maybe movies in the future.  On the fence is Lie to Me which along with Human Target is the only show to really have a chance still to be renewed.  Renewals include Bones, Glee, Fringe, The Simpsons, The Cleveland Show, Family Guy, American Dad, and not official, but the most popular show on the network, House.

ABC like NBC is having its problems as a commercial network.   With Lost ending its run we have a short list of guaranteed renewals.  At this point we have Castle, the Wednesday night comedies, The Middle, Modern Family, and Cougar Town, and Brothers and Sisters.  Also renewed most likely are Desperate Housewives, Grey’s Anatomy, and Private Practice.  Two of the newer shows on this network are on the fence.  They are FlashForward which probably should be canceled and V which will most likely be renewed.  We may have to wait for this May 18th to find out.  Canceled or being canceled are Hank, Scrubs, Eastwick, the Forgotten, Ugly Betty, Better Off Ted, and The Deep End.  Better Off Ted, The Deep End, and the forgotten have not been officially canceled, but they are likely gone.  In the case of the forgotten, Christian Slater is supposedly looking at a new pilot already for next season. 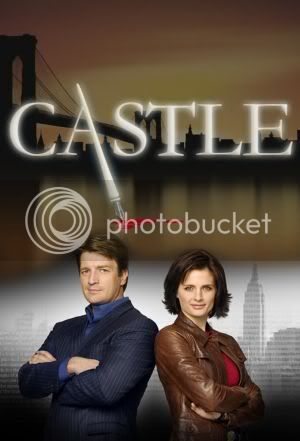 CBS along with FOX is the most stable network.  It may be a little more difficult to make specific choices on what’s canceled and what isn’t.  The list of renewed is The Big Bang Theory, Two and a Half Men, How I Met Your Mother, The Good Wife, and NCIS: Los Angeles.  Renewed but not announced are NCIS, CSI, CSI: Miami, CSI: New York, The Mentalist, and Criminal Minds.  Friday night’s trio of The Ghost Whisperer, Medium, and Numb3rs, might all be brought back, but I will bet at least one maybe two will be axed.  I think Numb3rs is through.  Miami Medical which took the 10E/9C spot on Friday doesn’t seem to be performing too well even for Friday so it looks like Bruckheimer may have missed the spot again.  Cold Case is most likely dead.  Otherwise we have the comedies Rules of Engagement, Gary Unmarried, The New Adventures of Old Christine, and Accidentally on Purpose.  Rules will be back in one spot or another.  Otherwise at this point all or none of the others might be canceled as well.  Alyssa Milano’s new comedy Romantically Challenged is getting a shot here soon and I guess some of these shows fates depend on other factors such as pilots that are picked up and time available.  CBS has been working really hard

This network seems to be pretty easy to predict.  At this point after The Beautiful Life crashed and burned early on the only bad performing show for this network is Melrose Place.  I can’t really see that show coming back, but let’s face it who knows?  Supernatural, Smallville, The Vampire Diaries, Gossip Girl, 90210, One Tree Hill, and Life Unexpected should all be back for next season.

This past 2009/2010 season has seen some shows killed really quick such as The Beautiful Life, Hank, and Sons of Tucson.  On the other hand we’ve seen some shows hang on for complete seasons out of network time availability (Leno and the NBC debacle) like Trauma, Mercy, as well as the forgotten Bruckheimer’s show on ABC.  It should be fun to look at the schedules and make predictions again for next year’s group of new shows.