Will stands face to face with the ghost of Hargrave Swinthe the man responsible for the apparatus in his chest that gave him the ability to play the guitar again for three hours. He asks Hargrave what the hell happened and after not liking his answer he halls off and decks Hargrave in the face; which surprises him as his ghostly body is knocked to the floor. He asks Will to sit and talk with him as they only have three hours to do so. He explains that what he was attempting to do was exchange the cat’s energy to heal his hand permanently. Will says that it almost worked, but that a dark entity (Erebus) told the light one (The Nine) that it was a trick.

Hargrave explains to Will from what he observed that each time he uses the apparatus it will give him a different creative talent; this time the talent is to interact with the dead, but each gift will only last for three hours. Three times twenty-seven equals eighty-one and eight plus one equals… nine. Will asks the hard question of what happens after he uses the device twenty-seven times. Hargrave tells him that usually with transactions like this it means that Will dies. This is very upsetting to him since he clicked the switch several times out of anger and can’t remember how many times it was before Hargrave showed up and told him to knock it off. 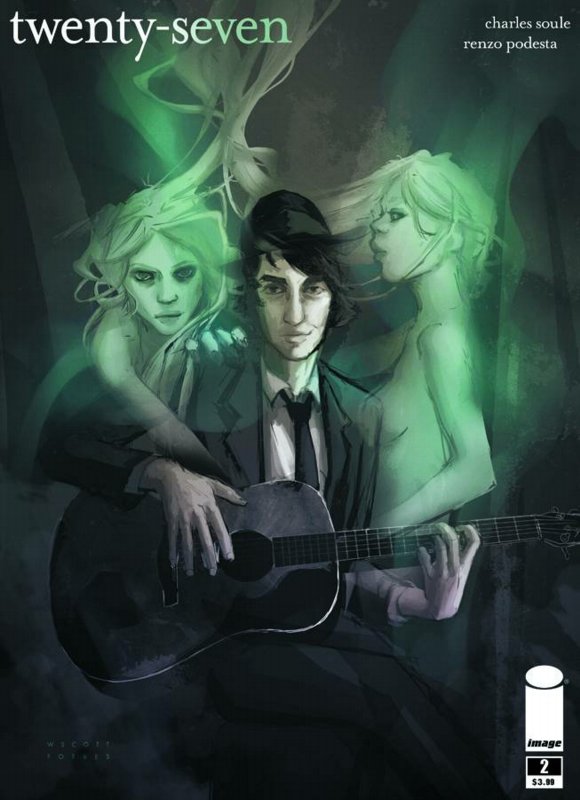 Just as his powers fade there is a knock at Will’s door. It’s two police officers there to talk to him and instantly Will’s a little nervous, but he gets dressed and answers the door.  After the officers flatter Will, they show themselves into his place to talk with him further. They do the typical cop thing where they ask you a question they already know the answer to, to see how you’ll respond. This time the question is what Will was doing in the morning. He says that he was driving around thinking and maybe stopped for a soda or something. They bully him around and say that they have him on a traffic light camera walking around in the warehouse district. They finally cut to the chase and show him a picture of Hargrave’s feet which was the only thing left of him after the explosion. Will plays shocked perfectly and tells them he’s never seen the guy before.

Will decides he needs some help with numbers so he heads to UCLA to see a Professor about the number Nine. It’s seems a bit far-fetched, but he’s not really sure what else to do since the only man who knew anything about the Nine is a ghost that’s watching him. He heads into a class and is given the brush off from the Professor who tells him to enroll in school and then maybe he can waste his time. One of the nearby students is quick to recognize him and is willing to help out. Will begins explaining everything that’s happened to him and even shows him the apparatus attached to his chest. He asks him to keep it on the down low and the student agrees to as long as he can get Will into his lab to check it out. Erebus makes an appearance as he inhabits a decaying bird to try and get Will’s attention. It results in scaring the crap out of Will and chasing him off of the campus. The issue ends with Will talking to his manager Mac at Club Fizz, she tries to convince him to play lefty like Jimi Hendrix; but Will isn’t willing to relearn how to play. He also plays the classic Rock Star dick as he tells a struggling musician that he’ll stay for his show and then promptly leaves after the guy tells all his friends. 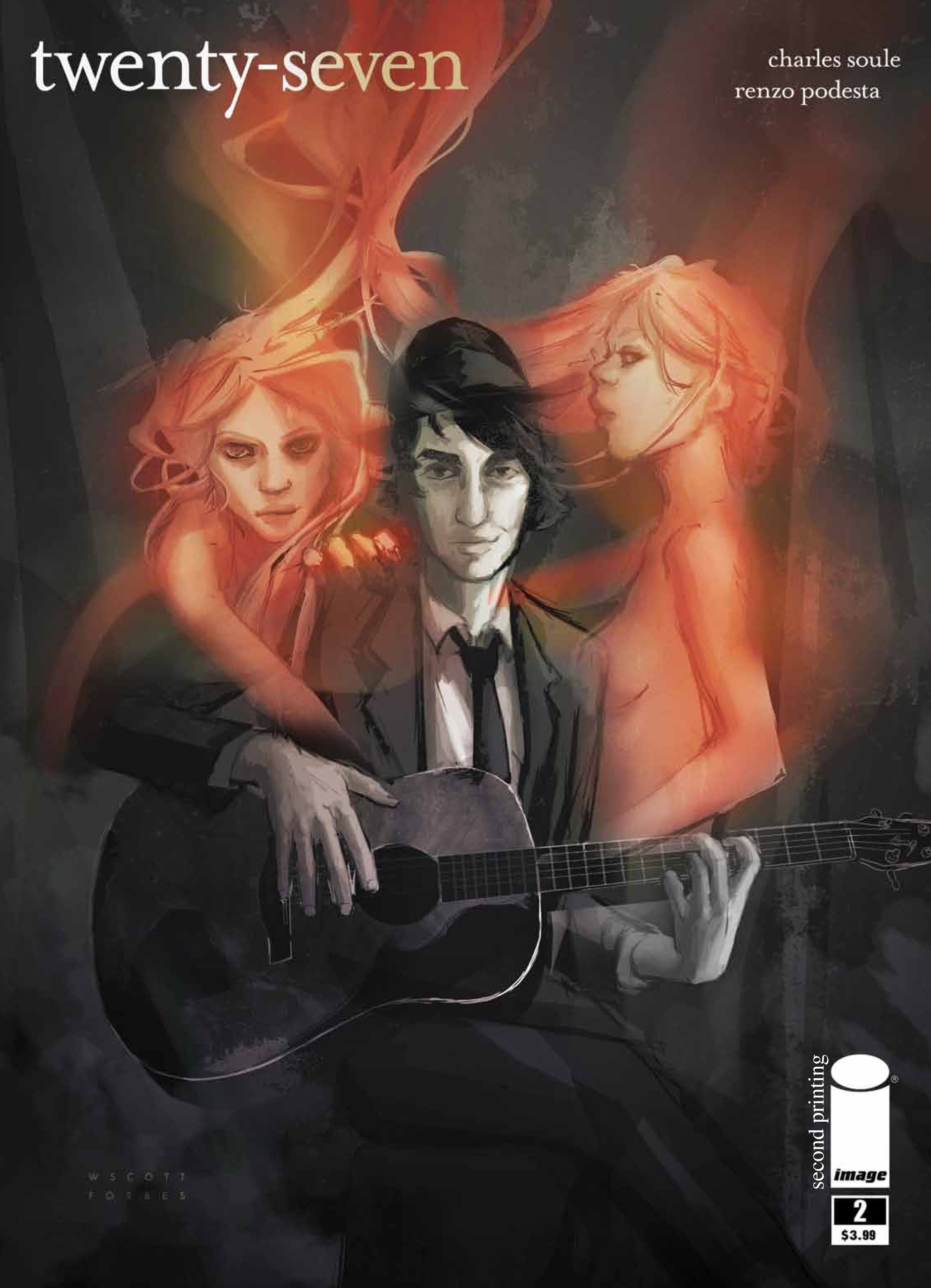 There’s not nearly as much going on in this issue as there was in the first, but it’s still a great issue. It sets up a lot of things for the final issues and explains the “rules” of the world so to speak. Charles Soule continues to impress with both his ingenious math skills and music references. At one point in the story he begins listing musicians that died at twenty-seven and instead of listing them all he thankfully plays it off after only listing two. This is great because it shows that he’s not going to have a character talk in a matter-of-fact way if it’s not going to fit the story. It’s a bit of a go Google it if you care enough to, but he’s not going to sit there and recite music history to the reader to prove himself. Will is an interesting character. He’s not quite likeable and yet you still feel for him. He’s only been a Rock Star for a year and yet he already has the attitude that is associated with it. It gives his character many layers of interest and keeps readers invested in the story because of it.

If you didn’t like the art in the first issue than fear not it’s the same in the second issue! There’s not much else I can say about the art from the first issue. Renzo Podesta flexes his skills more as he draws a variety of settings and expands on the characters in the book. I really enjoy his very gritty, thick-lined style and think that he’s a great visual storyteller. The covers are also very beautiful and are iconic in their own right, but don’t be fooled by them since the interiors are distinctively different. I'm always annoyed when people buy a book for the cover and then rag on it for not being the same on the inside. The art is for both the cover and interiror is great and both should be recognized as such.

The second issue also sold quite well so you’re looking at a second print if do find it in a comic shop. The second issue is mostly conversations, but I found them very enthralling and entertaining. Knowing the “rules” that the writer created for the book is just genius and makes a very cool story. The connection to the number Nine is detailed and amusing at the same time. Its clever enough and not thrown in your face. The first two issues may be hard to find, but I guarantee they're worth it. I think do to the large format of the comic a lot of people are going to miss out on this series which is a shame because it’s one of the most unique things I’ve ever read in comics.

If you're interested in the story check out the review for the first issue here.