Will returns to UCLA to meet the student that offered to help him. The student stayed up all night taking Guarana and doing research on the personification of numbers. He asks Will to get into a scanner so that he can get a base line read on him. At first the scanner isn’t picking up anything at all so the Quantum Math student asks him to hit the button. Will tells him that his lack of sleep must be affecting his brain because there’s no way he’s going to hit a button that moves him one twenty-seventh closer to death willingly. The student lets him know that there isn’t much he can do otherwise. Will thinks it over and decides to go ahead and do it.

Instantly the student picks up on some crazy energy that’s being funneled into him, but Will gets bored sitting in the machine for nearly an hour. The student suggests singing to take his mind off of everything. Will unleashes some crazy notes and suddenly teleports out of the room. He finds himself in England standing next to Big Ben and matching it in size. He sings again finds himself standing in the living room of his mother’s house. He figures out that whatever place/thing he’s thinking about while singing teleports him there. He pops in on an old flame as she’s getting out of the shower, then into a bank to take some money; but he realizes that he shouldn’t waste his time with things of that nature. 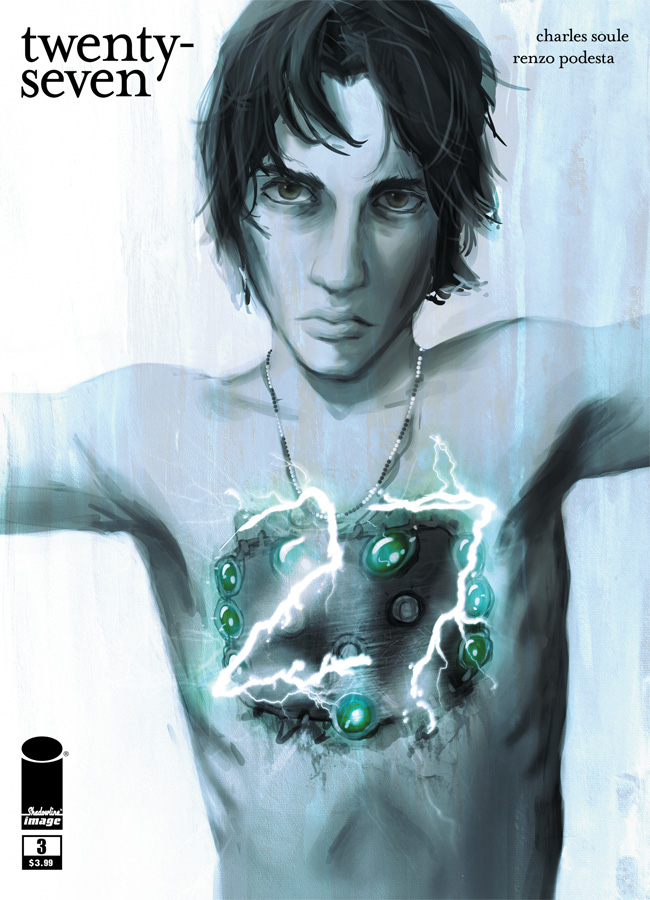 He teleports looking to talk to the Nine, but ends up at the Crossroads a famous place known for giving blues musicians the ability to play guitar better if they’re willing to make a deal with the devil. He teleports again in complete fear of the being in front of him and finds himself in what looks like the Australian outback. There a bearded man sits next to a fire; at first Will doesn’t see him and begins talking to himself. The bearded man interrupts his conversation by asking him where he came from. He tells him that his name is James Morrison… the James Morrison aka Jim Morrison from the Doors. It’s not clear where they actually are, just that Will is alive and Jim is dead.

Jim let’s Will know that he has a friend following him, an old man that looks pretty banged up. I think it’s safe to assume that it’s Hargrave as he said he would continue observing Will. Jim sends him on his way to wander the Earth, before he sends him somewhere he doesn’t want to be.  Jim begins asking Will questions about himself and he walks him through his life and the last couple of days. Jim seems to know a lot about what’s happening to him and informs Will for the first time about Erebus and his attachment to the Nine. Jim also knows Hargrave and tells Will that he really threw him under the bus with his experiment.

Jim goes on to explain that all creative energy comes from the Nine that we use what creative fire it gives us and that some use all of theirs early and then die at an earlier age. But the energy has to go somewhere since it can't be destroy and that’s where Erebus comes in. He sucks up all the energy and eventually feeds it back to the Nine so that the cycle can begin again. Will is pissed by Erebus’s nature, but Jim tells him that it’s neither bad nor good it’s just how it has to be for everything to work. Will explains the contraption in his chest and that this time his power is teleportation. Jim asks him where he’s going to go and what he’s going to do with the time he has left. Will simply answers, “I know where to go. Thank you.” And teleports away.

Will teleports to the school in which the students are being held hostage mentioned in the first issue. It turns out that Will’s niece is one of the hostages in the school. He grabs her and teleports her to the lab in UCLA where the story began. He begins teleporting the students one by one until there is only two left. He grabs one of the students and teleports away just as the hostage taker comes into the room. He teleports to his mother’s house again and then quickly to the lap with the other kids. He asks the Quantum Math student who is confused by all the children how much time he has left since pushing the button and it’s less than twenty seconds. Will has seconds to decide if he goes back for the last child, he simply says “Rock and Roll” and sings another note. 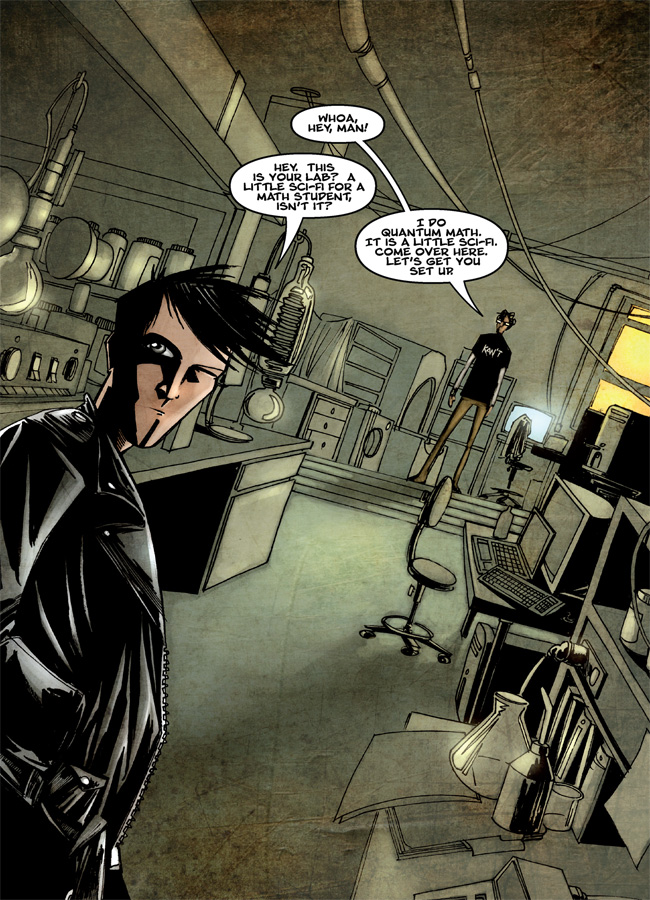 The first two issues were great they really were. They introduced and then solidified the story, but the third issue took that ground work and made it into something even better. This issue is honestly the best one of the series. I still think that it’s a rare gem of a comic to come along and has that certain something that makes it special above other comics of its time, but if I boiled down the issues I would say this is the one that makes it a note-worthy series. The conversation between Jim and Will is intriguing and will leave you wanting more from Jim and his sage like wisdom. Likewise Will’s conversation with the Devil is freaky and unexpected. One page he’s looking at naked women and robbing a bank to standing in the crossroads with a Devil and his messed up face. Charles Soule is the perfect writer for this concept. His writing really sucks you in and because it’s so heavily grounded in the real world the story stops feeling like fiction. You will not question that Will is talking to Jim Morrison. Instead you will have a holy shit moment and be taken back by the fact that he’s speaking with the Doors front man. That’s powerful writing.

I’ve been saying that the art is not pleasing to a lot of people, but if you’ve been struggling with the series you should have adjust to it by now so that you can appreciate it’s amazingly complex storytelling. Granted the art is still simplistic in nature having an overall clean look to it, but if you look at what Renzo Podesta does with the panels you will see that so much feeling and emotions are conveyed in each one. The entire issue is basically one big conversation and yet Podesta makes the conversation so visually interesting that the writing and art end up in perfect symmetry with each other.

I think that’s the most amazing thing about the book, is that the writing and art are hard to separate. A lot of comics people will say I loved the art hated the story or the other way around, but with this book you almost can’t tell that two people are working on it. The story and art are so perfectly matched that it becomes something more. The biggest thing I took from this book was actually that you should do what you want with the time you have, no matter how much time that is. Here’s this simple comic book that can instill inspiration… how amazing is that? Granted that might just be me, but you know what I would still recommend the book just on that alone. This comic not only has a unique and originally story going for it that’s unlike any scene in comics before it, but it also can inspire the reader to do something more with their own life… that’s just powerful.