With just seconds left before his power switches, Will teleports back to rescue the last child being held hostage. As he does he finds the kid being interrogated by the hostage taker. Will distracts him and then teleports his hands into the guy’s head and rips his face apart. He grabs the last kid and teleports once more to the lab at UCLA. The Quantum math student is freaking out about all the kids and doesn’t know what to do with them. He tells the student to call the cops since that’s all they can do and begins saying goodbye to Mae; his niece that was one of the hostages and also the reason for his good deed.

As he’s talking to Mae she begins to act weirder and weirder until her face begins to change and become very creepy. Will figures out pretty quickly that it’s Erebus; he begins screwing with Will telling him that it’s his job to slowly kill everyone. Will decks him and he switches to Mae’s form again, but it’s just a trick yet again. He grabs Will and tears off his right arm then begins to shout at him to push the button. Basically Erebus wants Will to expend the energy so that he can have it. That is until the Nine shows up to intervene. The Nine is in the form of a pregnant woman in a white dress. She asks what Erebus is doing exactly and he basically says he’s harassing Will. She informs him that it’s not allowed and that Will is hers until he’s his, meaning when he’s dead. Erebus is quick to spit in her eye, saying that rules are meaningless since they both need each other to exist making threats pointless.

The Nine tells Erebus that in this instance she has the power because most of Will’s power is still waiting to be used. She can’t kill him but she can hurt him and nothing would give her greater pleasure. Erebus backs down and once again changes into Mae’s form. He says it doesn’t matter that everything comes to him eventually, even the Nine one day. Afterwards the Nine asks if Will is okay, which clearly he’s not since he’s missing an arm and possibly bleeding to death. The Nine attaches his arm good as new and they begin talking. This is the entity that Will has been seeking out since the beginning. He asks her to fix his other arm which is still wrapped in a brace. She tells him no and then explains why. 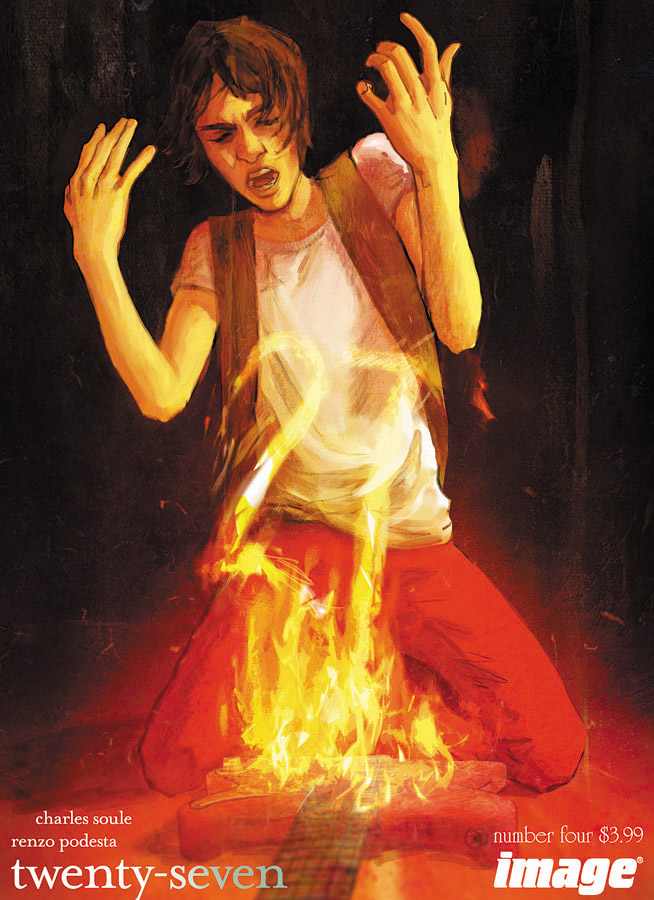 The Nine goes on to say that Will had his time to create with the hand, but it’s over and he now has twenty-seven new chances to create something of genius with the button. Will says the classic I didn’t ask for this line to which the Nine responds saying that no one asks for genius they just have it. Will calls bullshit and goes on to explain that when you start off you’re no better than anyone else, but you practice until one day your good; but then you see someone else play and once again your bad and you need to keep practicing and busting ass to become the best. That you’re in it alone and that you’re constantly learning.

He asks what happens if he doesn’t press the button. The Nine asks him why he wouldn’t press it. Basically Will figures out if he doesn’t press the button he keeps on living a normal life, be it full of pain because of his bad hand. The Nine gets pissed off and tells him that he will eventually press the button, but Will’s done with the situation. He’s figured out what he needs to do and now no longer has a use for the Nine or Erebus. Will ends up back in his apartment after being missing for nine days of normal time.

I was glad to see that at the end of the book a second series was announced because I was a little bummed that the story was ending. It should be very interesting to see how this series continues and what will happen with the story progression involving Will. The story telling changes a bit in this issue, but it’s an effective narrative switch that happens while Will is talking to the Nine. Everything he’s telling her is being shown with panels of his own life and it makes the character realize that he’s been looking for the fast and easy fix when he should have started over with the other hand. It was very powerful and I’m glad it was saved to till the last issue because otherwise it would have been gimmicky and ineffective.

Writer Charles Soule continues to write a book that shouldn’t be filled with hope since the main character is so helpless and yet that’s all the reader walks away with from this book… hope. Soule is a very powerful writer and rather than see him on a million different projects tackling comics best characters, I’d much rather him continue his work on Twenty-Seven until the story has run its course. Right now it’s only scratched the tip of the iceberg; the world and idea are full of potential that I’m glad he’s going to continue to explore.

The art continues to be distinct and beautiful with bits of horror thrown in. Erebus taking the form of a little girl and then changing her into something that looks straight out of Spawn is grotesque but very awesome in the same sense. There were a lot of three panel pages in this issue and it really made the storytelling very effective and continued to be in perfect symmetry with story. Will’s flashbacks say so much in each scene that it really shows that Renzo Podesta can construct emotion in a scene without dialog to support it. Will’s narration is showing one thing and Podesta’s art is relating to the narration, but the emotion relizes all on Podesta’s art.

I still think that the third issue is the strongest, but the fourth issue is a great conclusion to the series and leaves it with a bright future. Whereas the first two issues were intriguing and the third issue was inspiring this last issue is hopeful. That with hard work and practice and the drive to keep going forward you can do what you want in life. I think that’s a message everyone needs and personally think that it’s great that it’s coming from a comic book.

That concludes the series so check out our reviews for the first, second and third issue as well.
Rating
9.9