27 – Burning Out and Fading Away

By: Justin Moody | Comic News | August 27, 2010
Hendrix, Cobain, Joplin, Morrison. All died at age 27. In 27, and all-new miniseries from Image Comics and Shadowline, a gifted rock musician fights to make it to his 28th birthday.

This four-issue series is written by Charles Soule (Strongman), drawn by the brilliant Renzo Podesta (Hard Drive, Howard Lovecraft and the Frozen Kingdom), and features gorgeous covers by W. Scott Forbes (FORGETLESS). It will be published in the larger Golden Age format.

In 27, the "27 Club" admits only the most brilliant musicians and artists -- and kills them dead in their 27th year. Will Garland is a famous rock guitarist, secretly unable to play for months due to a neurological disorder afflicting his left hand. He's also 27. With mad scientists, long dead rock legends and cosmic entities in his way, can he make it to 28? 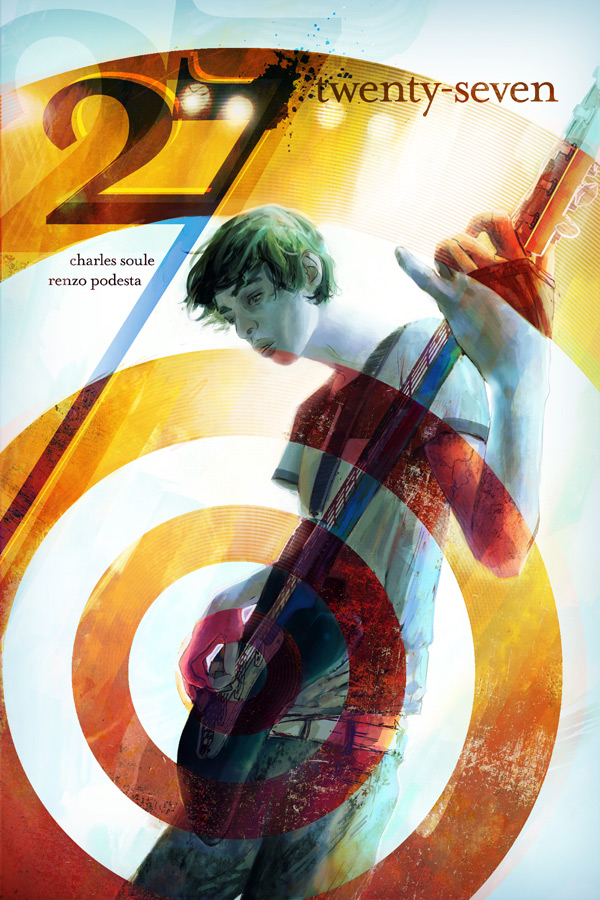