After a few weeks of episodes that didn’t do much to further the show’s running plot lines, this week 30 Rock brought us “Brooklyn Without Limits” which reminds the audience of both Tracy Jordan’s scheme to win an Oscar, and Jack’s impending merger between NBC and Kabletown.  We also get to see Liz Lemon strut around in sexy jeans, plus a guest spot by John Slattery from Mad Men.

The episode starts with Liz and Jenna shopping in a hipster store where Liz finds the perfect set of jeans which make her butt look like “A Mexican Sports reporter”.  Not only does she get to look sexy, but she also gets the smug liberal self-righteousness of knowing that she shops at a hip, socially aware store. Liz eventually learns that her cool new shop BWL (Brooklyn Without Limits) is actually owned by a heartless corporation.  This leads Liz and the gang on several parallel plotlines as they lose their moral compasses. 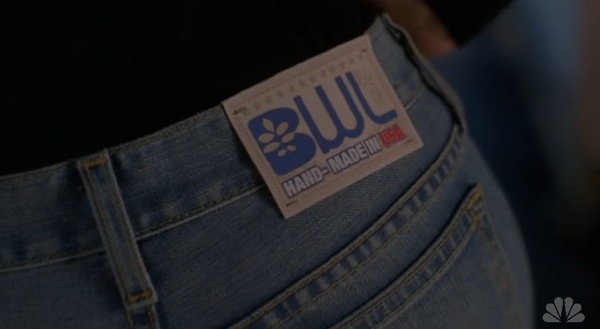 Jack’s moral quandary comes when he finds out that Regina Bookman, the Congresswoman played by Queen Latifah earlier this season, is working to block his big corporate merger.  Therefore Jack decides to throw a fundraiser for Bookman’s political opponent, who turns out to be a crackpot conservative conspiracy theorist who does all of his campaign adds dressed like a baby.  This is a great guest spot by John Slattery (Better known as Roger Sterling from AMC’s Mad Men) who does a spectacular job portraying a blue-collar lunatic who earnestly lobbies for the return of slavery, and casinos on the moon. 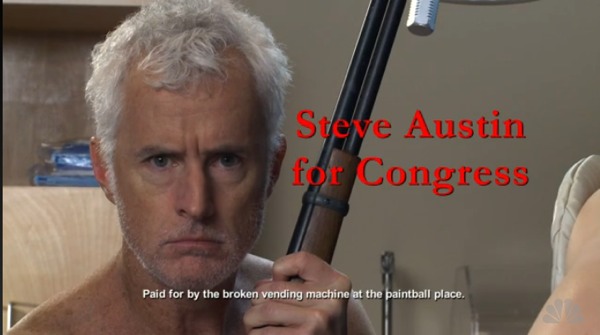 Meanwhile, Tracy tells Jenna that he has an interview with the Hollywood Foreign Press Association about his very serious film Hard to Watch which was produced specifically as a star-vehicle to win him an Oscar.  Jenna, being a total diva, instantly plots to sabotage him, by planning a lavish screening party, then telling Tracy to overtly offer bribes to the press, in the hope that it gets him banned from the Golden Globes.

All of these plotlines eventually converge as the various cast members learn valuable lessons, and face the choice between what is right and what is easy.   And yes, that Dumbledore quote is mangled repeatedly through the episode.  The writing is quite good; it has a cohesive story, addresses some of the long-running story elements, and has some genuinely hysterical lines, including a gag about Che Guevara being related to the Halliburton Corporation. 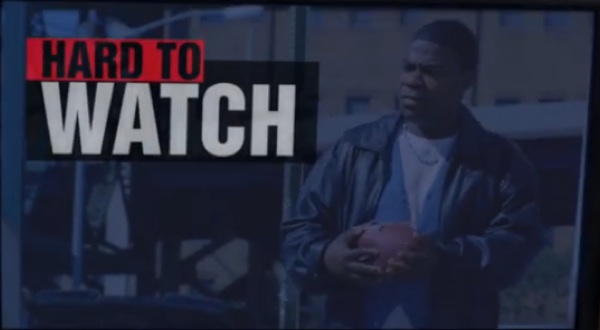 Even though the election theme would have worked better if the episode had been aired a few weeks ago, “Brooklyn Without Limits” is one of the better episodes of 30 Rock this season.