The story starts with Tracy re-introducing his "son" Donald, who’s actually two years older than Tracy.  Tracy asks Jack to invest in Donald’s new theme restaurant, which turns out to be a financial disaster; the theme is that during dinner, guys in Japanese monster suits come out onto the dining floor and fight, knocking over tables in the process.  Aside from giving Jack and Tracy the chance to discuss good parenting, this scene also involves Mechagodzilla punching Godzilla in the balls. 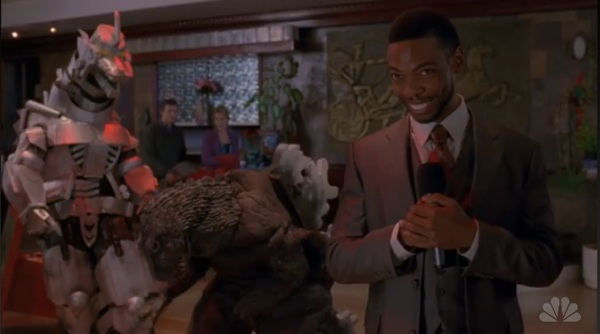 Meanwhile, Jenna is excited that her cross-dressing boyfriend Paul wants to take their relationship "To the next level".  She assumes this means making a celebrity sex tape and leaking it to the press, but Paul has more wholesome ideas.  There’s really no end to the fun with Jane Krakowsy and Will Forte (Dressed like Jenna) discussing their filthy sex life, however this plot line is mostly kept separate from the rest of story. 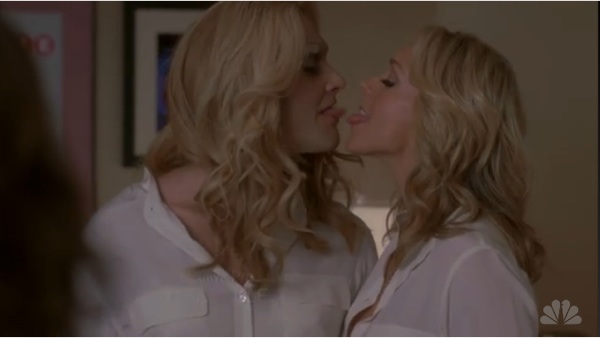 After hearing about Jenna’s adventures, Liz is filled with anxiety over her own relationship with her boyfriend Carol (Whose last name was revealed to “Burnet” in this episode, which makes him “Carol Burnet”).  Jack tells her that she should see a therapist, and she inadvertently ends up spilling out her troubles to Kenneth.  This causes the “Chain Reaction of Mental Anguish” mentioned in the title.  Kenneth then begins to his own metal breakdown, and seeks out Jack’s help as a therapist, who in turn has his own emotional collapse. 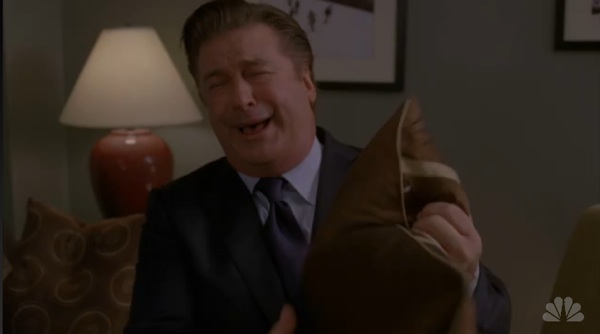 All of these plot threads end up fitting together in the end- except for Jenna and Paul.  They have to deal with their issues separate from the rest of the gang, in scenes mostly set in Jenna’s apartment, or on the street.  Of course there are some good gags in these scenes, including a homeless guy who tells the couple to “Get a room!  Whatever that is”.

The episode re-introduces two old plot threads, apparently just to firmly write them out again, as both Paul and Donald seem to gain resolution with Jenna and Tracy.  The supporting cast isn’t around in this episode, and there is little reference to the fact that these characters are supposed to be making a TV show at all.  The apparent reason for the episode to exist is so that Liz can get over her sexual and relationship hang-ups.  Despite the lack of the usual TGS backstage shenanigans, the episode give us some character growth for the major cast members, and provides some backstory along with some just plain funny moments.