It's the most important day in four years: Leap Day is coming! And we celebrate it properly with wearing blue and yellow along with Leap Day William. I don't know exactly what the point of this episode was, except to make us realize that we might be in need of better holidays and that Steve Buscemi is as irrelevant to this show behind the camera as he is in front of it. You belong to the 1920’s now, Steve. Though any national day of celebrations that forces you to cry for candy and has Kenneth walking around in a bald cap is a solid contender for my party list, but the episode was hardly as funny as it could have been. 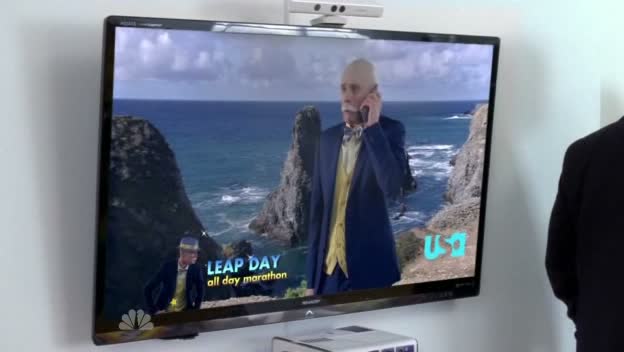 The best part was Jim Carrey, guest starring in the Leap Day William movie that was running the entire day on USA. While Liz was teaming up with Jenna to go to a billionaire's party and Jack was brainstorming ideas to extort as much money out of the day as possible, Carrey was parading through the episode as the father of Leap Day who had gills. Don't ask. But it offered up the best comedy of the night and only because it was nostalgic to see Carrey do that much crazy stuff again. This guy still hasn't lost it.

As for Liz, she was forced by Jenna to reunite with a nerd from her high school who is now very rich. Jenna, on her sidetrack of sexual freedom, wanted to get with him for his money. But all Thed (that's what the guy's name is, you can forget it from here on out) wanted was… Liz. Going all 'Dangerous Liaisons' on us, she begged the question: how far would you go for 20 million dollars? The storyline felt a little uncreative. With so many crazy things going on, a sideplot that involved selling your body was hardly original or super weird. That says a lot about our society, but the truth is that if we wanted to see housewives going desperate we’d turn to ABC on Sunday... or watch anything on Bravo or TLC. Liz is best when she’s commenting on society and makes fun of herself. Like in the first five minutes of the episode when she walks in on Kenneth dancing on the table, throwing candy at everyone who pretends to cry. 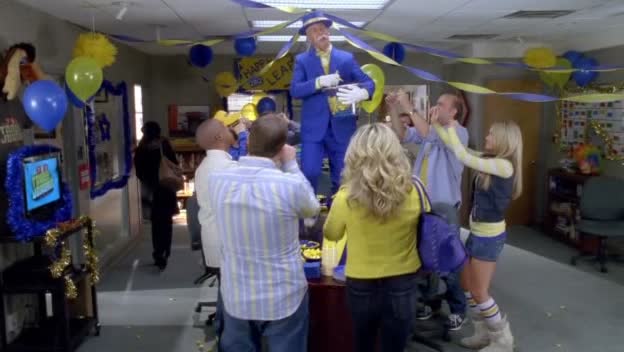 Jack made up for the emotional side of the half-hour with his presentation of 3D marketing. Or something. I'm not sure. All I know is that it included a racist joke that turned his plan upside down. Then Kenneth took him on 'A Leap Day Carol' and he realized he needed to be with Lidia. Very touching but hardly funny. Same goes for Tracy who, and I swear, I rewatched the scenes to make sure, was not doing anything for any particular reason. Him thinking DotCom was imaginary is a fun concept, but after all these seasons, it’s too farfetched, even for Tracy.

To dedicate an entire episode to Leap Day is pretty original. To make an entire backstory of it is very creative. And yet it didn’t necessarily feel as if the writer’s had a lot of puns up their sleeves. Liz got told by a model and Tracy had a big enough role to make us remember Tracy Morgan is not the best emotional actor. Basically a lot of empty jokes that didn’t amount to anything. Shows, especially comedies, can’t be great all the time. So 30 Rock, who so far has had a pretty solid season, is allowed a fun-free week. After all, Leap Day means you do something you have never done before. Personally I'll be jet skiing in a Borat costume. And after that, much like this episode, we can forget about it and move on.