By: Justin Moody | TV Reviews | February 3, 2011
The new Kabletown overlords arrive this week to take over General Electric, Sheinhardt Wigs, and NBC.  The episode begins with Jack assembling the gang and demanding that everyone be on their best behavior.  Of course that just isn’t going to happen, so a crazy caper must be in the cards and this launches 30 Rock into an overt spoofing of one of the classic sitcom tropes; everyone mistakenly thinks that Liz is pregnant.

In the main storyline where Liz and Jack need the gang to behave, this helps out because everyone has to be nice to pregnant women.  At the same time, Liz and Avery get their own subplot where Liz must convince a nosey reporter that she really is indeed truly preggers.  Again, we have the use of an unabashed TV cliché: The Nosey Reporter. In this case, it’s the ethnically ambiguous Carmen Cho who gives us the episode’s title, Spanish for “What a surprise.”  The writers put in a few self-aware nods to what they’re doing with this cliché, like “By the law of verbal traps you have to do it.” 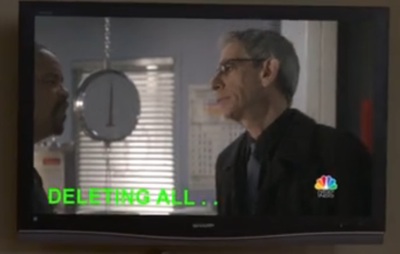 Elsewhere we have Jack’s attempt to find his place with Kabletown, a wholesome company filled with people who are basically Kenneths.  There is a brilliant cameo appearance by the cast of Law & Order SUV that shows how a voice-activated TV set could malfunction by actors saying inconvenient words.  It’s done with such straight faced seriousness by Detectives Munch and Fin that you’d think it was a clip from a real episode of Law & Order.  There’s also another one of 30 Rock’s jabs at reality TV in the same scene when Jack utters the word “Crap.”

There are lots of recurring 30 Rock jokes in this episode.  I’m always on the lookout for references to Sigma Six, the fictional business cult to which Jack belongs (This is based on a real organization, Six Sigma, and the jokes are extra funny for viewers who have seen real businessmen “quantifying the dimensions of a process variation”).  This episode mentions the Sigma Six “Groin Brand,” along with a nod to the concept of “Handshakefulness.” 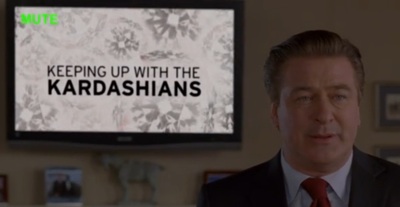 Again the show is savagely mauling the hand that feeds it.  Everyone hates those banner ads at the bottom of the screen during TV shows, and we see the fiendish minds of television executives at work when Jack and the Kabletown executives flood a third of the screen with advertisements.  Seconds later during the broadcast of this episode, NBC did the same thing without a trace of awareness by running a huge banner at the bottom of the screen advertising… something or other.

This fits in to Jack’s story about finding his feet in the new company.  He steals this idea from Kenneth, but Jack’s moral code won’t allow him to do so without compensating Kenneth.  Kenneth, of course, is too pure-hearted to realize that he’s been wronged.  This gives Jack’s character some depth; he isn’t as much of a heartless corporate shark as he was in season one, and 30 Rock’s writers have allowed the character to slowly grow over the course of this season.  There was a bit of a misstep in that last week, but Jack’s development is back on a nice track. 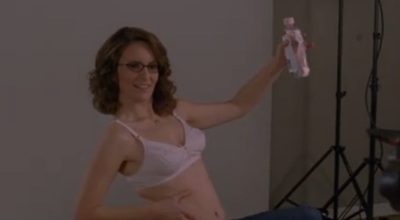 Jenna and Tracy have the briefest of subplots this week.  It ties into Liz’s pregnancy well enough and it gives these two major characters something to do while the focus is on Jack Liz and the assorted guest stars like Hank Hooper of Kabletown, Carmen Cho and Avery (Did you notice Avery wearing a Michael Kors wizard cloak in one scene?).

Tina Fey is usually self-deprecating about her appearance.  Her alter ego, Liz, is depicted as unappealing with horrible hygiene and unhealthy eating habits.  Yet, Tina shows off her bra in this episode and gets oiled up for a scene that is all too short.  Despite all of the gags about how Liz isn’t supposed to be sexy, we can be sure that many nerds with crushes on Ms. Fey were delighted by this (You know who you are).  But it wasn’t the Tina Fey lingerie show that made this episode great; it was the show’s customary writing and performances.
Rating
8.5