By: Justin Moody | Comic News | December 10, 2010
As announced on MTV Geek, Top Cow Productions, Inc. is proud to announce that the winners of Pilot Season 2010 is William Harms and Jerry Lando’s 39 MINUTES.

39 MINUTES turns a heist story on its head when a group of ex-soldiers turned bank robbers’ decide to hit up small towns leaving a path of destruction by killing everyone who gets in their way.  As the clock’s ticking, the only man who can stop them just happens to be in prison and refuses to help. 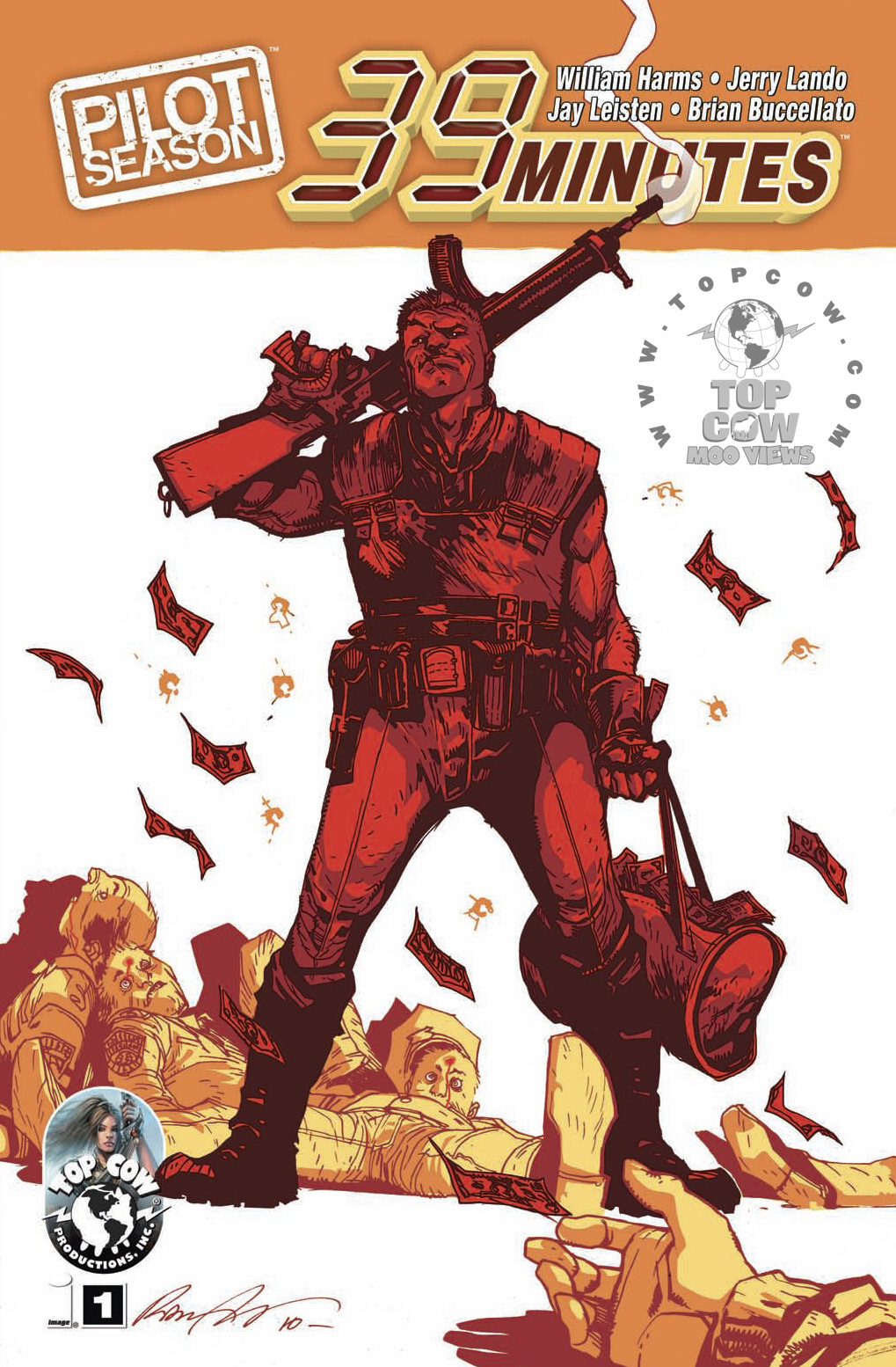 “All of the books in this year’s competition are really good,” said Harms.  “I’m excited and humbled that 39 MINUTES came out on top.”

Fans rushed to the web, even crashing the first poll, to vote for their favorite 2010 Pilot Season one-shots.  Pilot Season is an annual initiative Top Cow began in 2007 that borrows its concept from the television industry: five ‘pilots’ are submitted for consideration to be ‘picked up for a season,’ except instead of TV executives decided their fates, it’s the fans!

Now that 39 MINUTES has been declared the winner, the creative team will work with Top Cow’s editorial department to start planning out their series, which will debut in 2011.

Previous winners of Pilot Season include: CYBLADE, VELOCITY, TWILIGHT GUARDIAN and GENIUS.  VELOCITY can currently be found at your local comic book shop shelves, TWILIGHT GUARDIAN (NOV100495) is available for pre-order and, along with GENIUS, will be debuting in 2011.