5 Best, 5 Worst: Movie Robots to Have in a Fight

Robots are still the future, right? Or at least androids? Hopefully there’s still a high demand for artificial intelligence like all the great sci-fi authors predicted, otherwise who is going to do stuff for us in the future like fight our battles and take care of our children? Friday’s Real Steel envisions a time when boxers get replaced by robots, probably for entertainment purposes only, but let’s say possibly thanks to the alarming spike in concussions and other serious injuries in professional sports over the last couple years.

When this time comes for real, we will need a point of reference, and by default that will be movie robots. Which ones would you pick in a fight? We’re going to try out a new feature here at Player Affinity Movies called "5 Best, 5 Worst" and start it out by separating the metal monsters from the scrap heap. 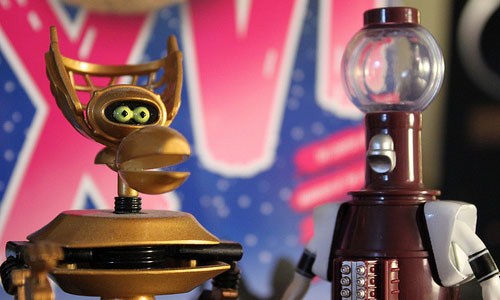 Although primarily of television fame, there was a movie of Mystery Science Theater 3000, which means everyone’s most beloved trash-talking robots, Tom Servo and Crow T. Robot (an inseparable duo) count as movie robots. I never watched the series, so when I tried out the movie, I found it boring and largely unfunny. So to me, Servo and Crow are all bark and no bite. If they were even remotely capable of defending themselves in a fight, they’d still get their asses kicked — but at least we’d get some amusing commentary. 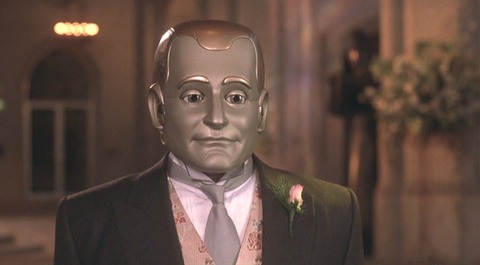 In 1999, Bicentennial Man predicted we would all have domestic assistant automatons by 2005. I guess mine’s on back order. Although the realistic handling of the robot premise (imagine that, robots who only take orders, how perfectly simple) warrants points, a tin can voiced by Robin Williams with a Pinocchio complex who lacks for any semblance of street smarts would get trash compacted against just about any other robot. 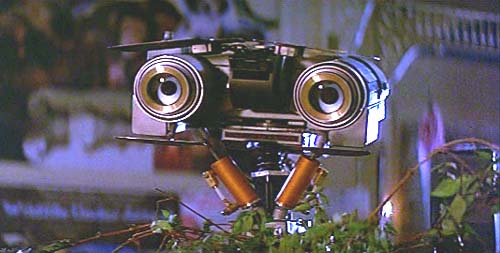 It’s sad when a robot built to be a sophisticated war machine escapes, yet ends up watching TV and making wise-cracks. You’d think a robot trying to input as much data as possible would become a devious machine, but other than spouting ‘80s-inspired catch phrases, Johnny 5 would be a total disappointment against another robot. He would likely go crazy and implode too. 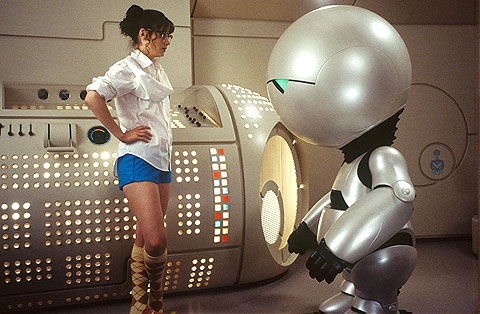 Marvin the Paranoid Android - The Hitchhiker’s Guide to the Galaxy

A robot can be built to have the most sophisticated computer brain in the galaxy, but it doesn’t mean anything if its got the wrong attitude. Marvin uses his big old brain to store pessimistic probabilities. Although the voice-casting of Alan Rickman couldn’t have been more perfect, Marvin would enter a fight and just start moping about the point of it all, or lack thereof. 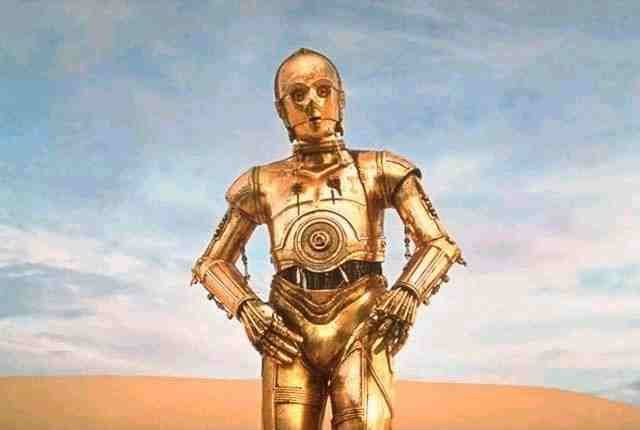 The epitome of the automaton robot in cinema (inspired by one of the very first movie robots ever in Fritz Lang’s Metropolis), there’s no denying the respect one should have for C-3PO, but our friend of “Human-Cyborg Relations” simply wouldn't hold his own in a fight. I cant even type “C-3PO” and “fight” in the same sentence without imagining him all disassembled in “Empire Strikes Back.” He wouldn’t even make it entertaining — it would just be sad watching him get pummeled into the shape of a trombone. 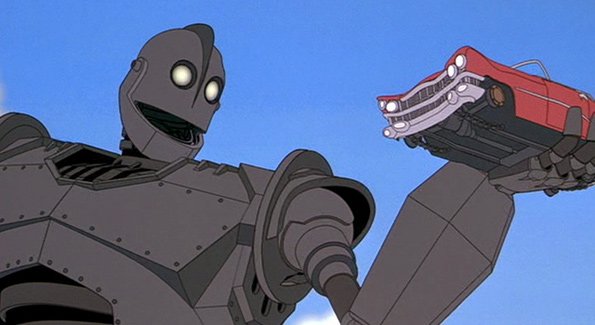 I admit I never saw this film as I boycotted basically every one of Warner Bros. animated films in the ‘90s just because they weren’t Disney. However, I do recognize the benefits of picking a gigantic metal robot from another planet in a fight. He might not be the most battle-skilled, but he’s large, hard to bring down and fiercely loyal. He’s also voiced by Vin Diesel, a human who you might pick in a human fight. 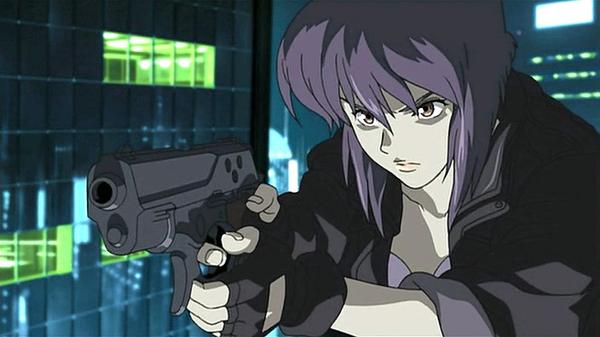 Major Kusanagi - Ghost in the Shell

Time to throw some love in the direction of you anime fans. Although I didn’t absolutely love this mind-bending sci-fi flick, the one thing that did immediately stand out to me is that Major Kusanagi, our cyborg cop protagonist, can kick serious ass. You don’t want to be a criminal on the run from this lady bot. She also has perfectly crafted prosthetic skin, which adds a weird sexual vibe that I’m not going to expound upon, but it also adds to her humanity. There's no wonder why she's a cosplay favorite either. 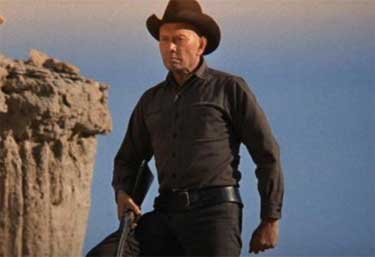 Few things are freakier than a robot who wants to kill you who won’t die or give up. When that robot sports the visage of Yul Brynner a la “The Magnificent Seven,” freaky turns to utterly terrifying. Any kind of scientific entity from the mind of Michael Crichton should be feared. Perhaps I’m banking a bit much on other robots peeing themselves when seeing their opponent is the scowling Gunslinger, but it can’t be that off base. 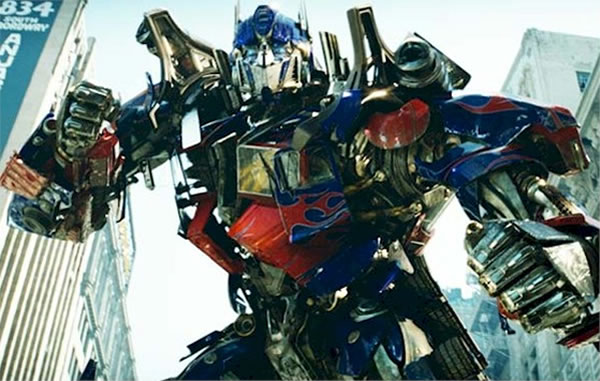 If the name “Optimus Prime” didn’t jump into your mind when you saw the title of this article, then I’m glad you’re reading this, because you have a thing or two to learn about battle-ready movie robots. Optimus Prime oozes pure leadership skills. If he were 45 years old and a U.S. citizen we would elect him president. Not only is he a fierce fighting machine who can turn into an 18-wheeler, but he’s also come back from the dead. Despite lacking souls, surprisingly not too many movie robots have done that.

Not only would you get the Terminator, but you’d get Arnold. He’s a killing machine and he’s capable of showing both mercy and ... not mercy. There’s the cold-killer T-800 from the original Terminator and then there’s the trustworthy lay-it-on-the-line T-800 from T2: Judgment Day. Both hold up really well, even when completely chopped in half. The best part? He can always come back from the future and do it all over again.