Despite some of the higher-profile projects on the horizon (The Avengers, The Dark Knight Rises, Man of Steel) not showing up in San Diego, Comic-Con 2011 was quite busy. The stars showed up, secret footage was unveiled, some gloriously geeky tidbits of movie knowledge were dropped, and now we've got a whole bunch of new projects to look forward to. Here, in no particular order, are the five things that intrigued me most:

Prometheus
Everyone was hoping 20th Century Fox would show us something from this, Ridley Scott's sort-of-but-maybe-not prequel to Alien. They did, and though we still don't really know what it's about — except that it "has the same DNA as the original Alien" — our anticipation has gone from questionable to sky-high after the audience went nuts over a ten-minute featurette showing off some of the epic sets, as well as Scott rejoicing over the quality of writer Damon Lindelof's script and the joys of shooting in 3D. "I'll never shoot without 3D again," Scott said. Whatever you say, sir, you've earned the benefit of the doubt. 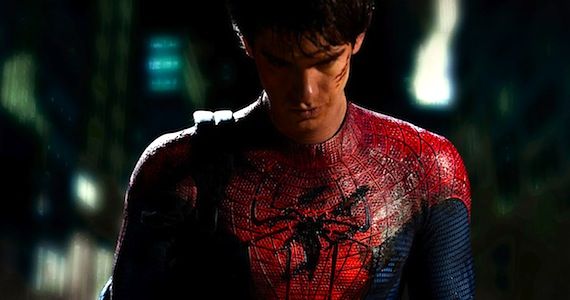 OK, the trailer was underwhelming, but everyone on hand during Friday's panel raved about the footage and the chance to finally get a look at The Lizard. Sure, there are still plenty of reasons to be skeptical about this film — the inexperienced director, the super-skinny superhero, the stale nature of the "Spider-Man" origin story — but with some apparently promising footage already out there and the blessing of Tobey Maguire, there's also reason to be optimistic.

Twixt
Francis Ford Coppola and Comic-Con sound like oil and water on paper, and after Saturday's Twixt panel, that still might be true. But as the old adage goes, there's a very thin line between genius and insanity. During the panel, Coppola showed footage from his new vampire project (which stars Val Kilmer and Elle Fanning, and is currently without a distributor). While it was showing, he brought out his iPad and started re-editing it while while the crowd watched on, half-intrigued-half-perplexed. Coppola said he thinks cinema needs more live components, and after recutting his film several times on the spot, he announced plans to tour the country with Twixt, doing just what he did at Comic-Con — remixing it on the fly. Needless to say, something like this could be a disaster, but you can't hate on a legend for trying something radical.

Snow White and the Huntsman

Relativity can keep its still-untitled "Snow White" project with the angelic-looking Lily Collins. We'll take the badass-looking Kristin Stewart, Thor himself Chris Hemsworth, and Charlize Theron (who killed it during Saturday's panel) in Universal's 21st century interpretation of the Disney classic. Director Rupert Sanders promised a Lord of the Rings-esque fantasy adventure that won't be as gentle as its rival project. Count me in.

Robert Rodriguez
Remember what I said about genius and insanity? Rodriguez's Quick Draw Productions panel was a bit all over the place, with news of a Heavy Metal remake and a tribute to comic-book artist Frank Frazetta. But the most exciting news was the prospect of Sin City 2. "If it's going to happen, it's going to happen this year," Rodriguez said. And while that's not the definite plan most fans were hoping for, any Sin City 2 news is good news.