By: | PC Features | June 28, 2011
Sometimes, there are games which, despite critical and player success, you just don't play. Either you don't have the time, the room in your wallet, or you just don't agree with everyone else on its quality, and you may even feel ashamed about it. I'm going to talk about such a game for myself: World of Warcraft.
World of Warcraft is a game that I haven't ever enjoyed, although I've understood its popularity and success. It's obvious why it's so popular: it was the first MMO that was so streamlined, simple, and enjoyable to play for many. I've never gotten on the bandwagon, though, and here are the 5 reasons why. Note that my following complaints and thoughts come from my experience with WoW in 2007 which lasted a few hours.
The Grind
The grind that you have to go through in World of Warcraft in order to progress and make meaningful changes to your character is far too long for me. No, I don't want to kill 15 more boars. I'm not one to decry grinding in RPGs, in fact, Borderlands, a very grind-heavy first person RPG, was one of my favorites of 2009. Grinding only works when either the gameplay is fun or the rewards are great for leveling, neither of which were the case in the first few hours I tried it. 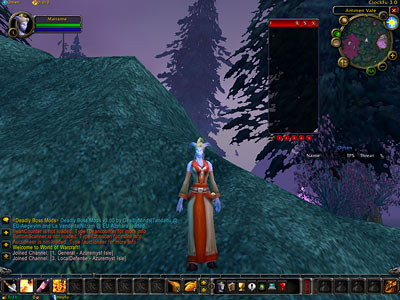 The Gameplay
Again, something that I don't decry in most RPGs, but stands out in World of Warcraft for me. Whether or not this gets any better after 50 hours or so is something I don't know. But, in the first few hours, the combat is simplistic and uninteresting. I know that most RPGs aren't Mass Effect, and operate on a left click control scheme similar to WoW. The differences between it and a game like Diablo however, are the rewards. In Diablo, your character is constantly getting better, there is constant loot and level progression. There is loot and level progression in World of Warcraft, but it's not nearly as compelling due to the items and abilities you are rewarded.
The Subscription Cost
Yes, I know that most MMOs have a subscription cost. Yes, World of Warcraft is not unique in this aspect, so this is more of a problem I have with all MMOs. Games cost a lot, even without subscription costs. Therefore, the idea of paying $15 a month is pretty intolerable for me. Needless to say, I'm looking forward Guild Wars 2, which promises no subscription costs.
The Playerbase
As I previously stated, I tried World of Warcraft back in 2007. So now, as time has gone on, I have been falling further and further behind the rest of the playerbase. There is that bonus XP pool, but it doesn't really matter after 4 years of me ignoring Blizzard's MMO. Being this far behind locks away a very large part of WoW, PvP (competitive player vs. player). If I'm level 20 and everyone else playing PvP is level 70 or above, I'm going to have no fun whatsoever.
My Life
At this point, I think you can tell that World of Warcraft isn't exactly my cup of tea. However, if I were to start enjoying it, I'd probably lose all sense of time and other activities. Yes, it is a stereotype and common assumption that World of Warcraft is addictive, but that's because it's true. I know far too many people who used to play other games and now only play WoW to dig any deeper into it. 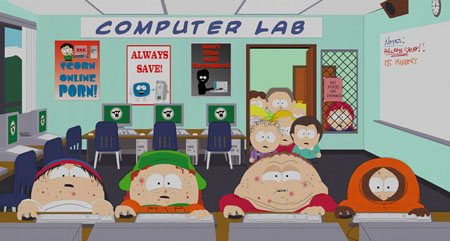 While I haven't enjoyed World of Warcraft as much as others, I am certainly looking forward to the next few MMOs being released, specifically Star Wars: The Old Republic, and Guild Wars 2.