By: Justin Moody | Comic Reviews | May 26, 2010
Let's say you want to assassinate Hitler, how would you go about it? For one English Colonel during World War II, it's listening to a mad man. Professor Goldschmidt has been committed to a psych ward with Persecution Complex. The complex is the paranoia of being persecuted, which is ironic considering he's Jewish during World War II. The Colonel and Goldschmidt begin devising a team of mentally ill patience's. The insane Professor picks one, then the Colonel. They only need to find six people willing to take on the death mission as the Professor will be the seventh.

The first recruit was a high ranking German officer before he went crazy. Now he feels that Hitler is talking to him and communicating his plans for the future. If he really is, he'll prove to be very useful to the team. The Colonel's choice is sniper that suffered a nervous breakdown. Now she's a mother and unfit for duty. Her skills are still sharp though, as she shoots the letters off street signs. Due to her daughter and illness she's reluctant to join the mission.

The Professor's next choice is a pathological liar with the gift of imitation. He convinces the narcissistic liar to join the mission with the promise that all of England will love him. The final candidate introduced to the mission is another solider locked away in prison. He went crazy one day and killed his mistress and her husband. She told him she was leaving him and after that he woke up in prison. 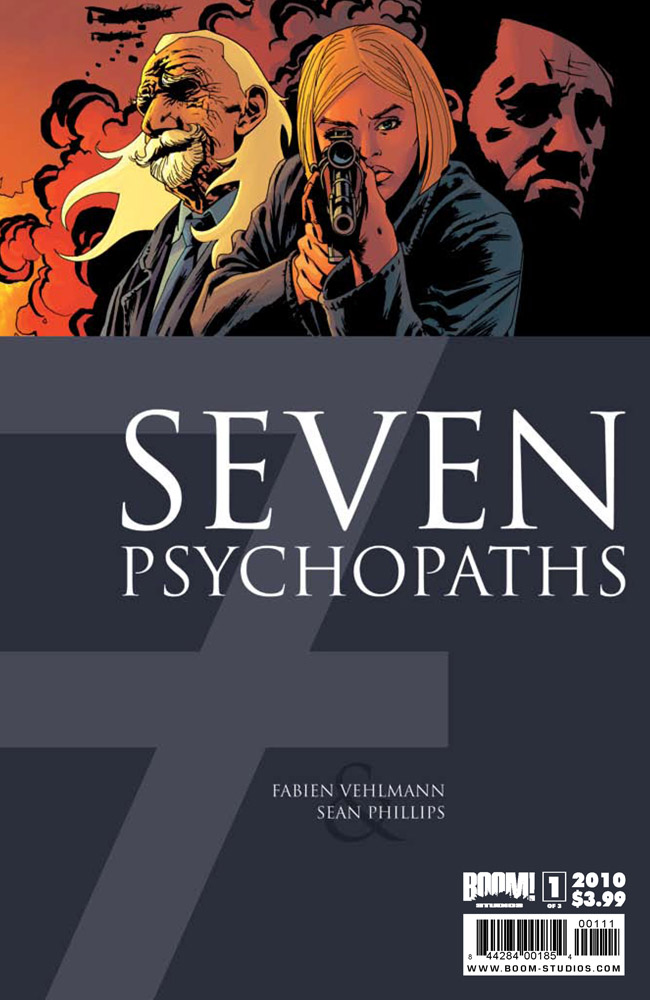 The entire concept of this book is very intriguing. It plays towards historical facts about Hitler and his inner circle, while concocting an elaborate operation with no historical grounds. The mission comes off more as a "con" being put together, think Oceans 11, but instead of steeling they're going to kill Hitler.

Writer Fabien Vehlmann creates an interesting set piece for the story. The logic behind the scenario is that everyone feels it's impossible to kill Hitler. So why not give the job to people that don't know it's impossible. Fabien takes a page out of "con-type" stories by introducing each of the team members by showing off their skill. In a way it's as if he's justifying his decision to the reader and the other characters at the same time.

The Colonel and the Professor share a unique partnership with each other. They not only balance each other out, but also the team. Fabien tells a story that never relies on captions in order to explain what's happening. Nor is the dialog forced to reveal things that otherwise would not be said in conversation. It makes for a strong story and solid read.

The art on the other hand is brilliant and beautiful. Sean Phillips (Criminal, Sleeper) shows why he's one of the industry's top talents. Sean's pencils are rough and very detailed. The world is dirty and beaten due to the war and the art reflects that. Sean is an amazing talent when it comes to drawing distinct and identifiable characters. Just the look and actions of the Professor make him the most interesting character in the book.

This presents an interesting idea and does a good job of executing the concept as well. It will be really interesting to see how the characters interact with each other once they're thrown into the same room, which makes the interest in the book lean towards the second issue. As far a start for as a series this book does everything right. It presents the idea, explains how the plan will go down, and leaves the reader wanting more. If anyone is going to kill Hitler I hope it's these psychopaths.

I'm hoping the sixth member will be Dr. House; after all he's been committed. Follow Dustin on Twitter and ask him anything on FormSpring.