Somewhat reminiscent of the solid opening weekends over the summer, the Hugh Jackman-led Real Steel towered over its singular newcomer, The Ides of March, with a strong $27.3 million showing.

Real Steel easily capitalized on the respectable star-power of Hugh Jackman (not to mention giant GCI robotic brawlers) and a mainstream-action-deprived crowd. Outside of the U.S., the sock em’ bunch won an estimated $22.1 million from 19 territories, indicating that in following weeks  - domestically and internationally - a sizeable autumn gross could result. 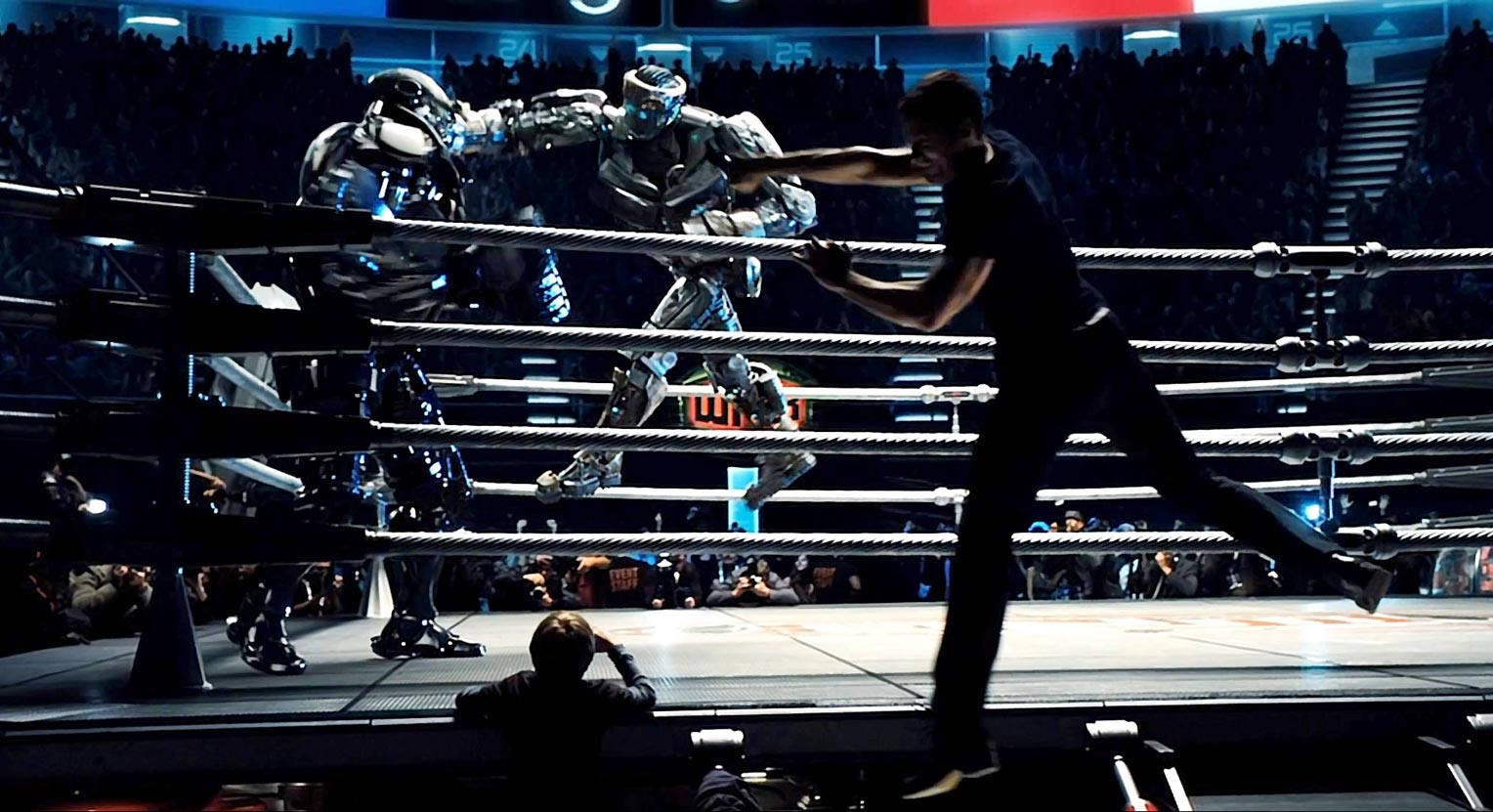 Mechatronics turned to political roundtable with The Ides of March, which saw a decent (if typical) showing for a mature politically-centric thriller with $10.4 million.  Like star/director George Clooney’s last somber thriller Michael Clayton, a nearly identical opening occurred, but if similar legs result into awards season, “Ides” will last long into February.

After floating its way to first place last weekend, the water-bound star of Dolphin Tale understandably sank to third with a still excellent $9.2 million, off another low decline of 34 percent. With no new infusions of family fare, Dolphin Tale remains the popular choice for kids and has grossed a scale shy of $50 million.

Also suffering from the terrible hardship of longevity in the top five is Moneyball, which clocked in with another slim drop of just 38 percent.  Matching the total gross of a spunky dolphin, the Brad Pitt-headlined dramedy should continue strong into the fall.

Thankfully, the dreadful thing that is cancer can go away, but likewise an acclaimed dramedy about said subject can hold up thanks to word of mouth. Repeating in fifth was 50/50, which witnessed only a 36 percent drop, good enough for more than a two-fold return on its slim $8 million budget.

The remainder of the top ten showed up about as expected, with the cop drama Courageous getting beat down hard by 50 percent into sixth, as did The Lion King which is slowly feeling the effects of its home-theatre presence, inching its way towards $90 million.

In terms relating to volume, finally a normal number of films open next week following a rare-lull in releases after a barrage of sub-par newcomers. The big theater winner for the October 14 weekend is the remake of Footloose which trots its way into at least 3,300 spots. Following surprisingly strong initial word, this toe-tapping musical could beat down this weekend’s mechanical champ. Next up is another remake of an 80’s staple with The Thing, which boasts atmosphere and a somewhat notable brand. Sadly, looking at this fall’s string of horror releases, not much of a show is expected. Last off is the little-promoted, broad, mid-life crisis flick The Big Year with Steve Martin, Jack Black and Owen Wilson. Essentially being dumped despite its notable star-power. This must be a stinker.