A Look Inside Beyond: Two Souls

If you don’t know what Beyond: Two Souls is by now then surely you’re some kind of hermit whose been hiding under a rock for the past year. However, we’re not prejudice here at Entertainment Fuse, so for all those intuits and cavemen who haven’t had access to the Internet for a while (maybe even ever…) then here’s a little overview for you:


Beyond: Two Souls is the new title from Heavy Rain makers, Quantic Dream. Like Heavy Rain, the game is a psychological/adventure/action title but unlike the previous title, which focuses on the lives of four different individuals, Beyond focuses on the life of just one: Jodie Holmes. Played by actress Ellen Page, the game takes the player on a journey through the early stages of Jodie’s existence, documenting her life between the ages of 8 and 23.

However, this game isn’t just about a girl growing up and becoming a woman. For one the storyline is not in a linear fashion. It instead switches from different stages in Jodie’s life throughout the game. Secondly, Jodie is not your typical American girl. You see she has been supernaturally linked with an entity named Aiden since she was born who has become somewhat of a guardian to the youngster, but a fierce and ferocious one.


So why exactly are we talking about Beyond: Two Souls? Well the game was previewed this week and a host of gaming journalists were invited to go and see what Quantic Dream have been up too. Our invite obviously got lost in the mail (we think…) but thankfully a whole host of other journalists did what they do best and wrote about it. So, what can we expect from David Cage and co when Beyond: Two Souls hits the streets in October? Well here are a few things that we’ve learned:

Quick Time Events are not an integral part of Beyond: Two Souls.


Unlike Heavy Rain, Beyond does not rely on quicktime prompts to interact with the world around you. According IGN’s Keza MacDonald, “Anything you can interact with has an unobtrusive white dot floating above it; move the analogue towards the object and Jodie picks it up, opens it, or does whatever else you would naturally expect her to do.”


However that is not to say that QTEs are completely gone from the game, “….despite Quantic Dream’s apparent eagerness to downplay them, those prompts do show up from time to time – repeated taps of the X button and finger-bending button combinations make frequent appearances alongside the new contextual actions.”


So, are we happy about the downplay of QTEs in Beyond? We’d have to say yes. Whilst the QTE’s were innovative and imaginative back when Heavy Rain first came out, now in the current gaming world of 2013, this technique could feel a little out dated, leaving Beyond feeling like revamped Heavy Rain rather than a fresh title.


Having less of them should also make controlling Jodie feel more realistic, which after all is what Quantic’s video game making ethos is all about. However, it will be interesting to see how much QTEs do actually make an appearance and whether or not they work well alongside the new and improved controls. 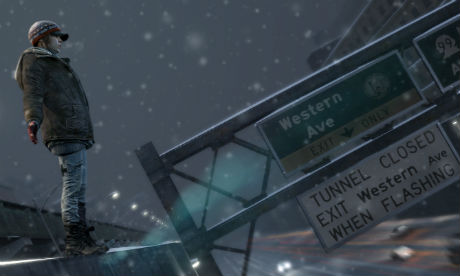 You can play as Aiden.


The floating entity that follows Jodie around is a playable character and according to The Guardian’s Keith Stuart, you have to utilize him to allow you to progress throughout the game. “Players don't just control Jodie, they can also hit the Triangle button to play as Aiden, free to whoosh through floors, ceilings and walls, while using telekinetic powers to shove and smash objects.”


“The two characters must collaborate to progress, and Aiden can only ever move a certain distance from his human charge – they are bound by some sort of ethereal chain. There is no escape for either of them. In practice, this relationship works like most asymmetric partnerships in games: if there is an object Jodie can't reach, Aiden can probably get to it.”


This sounds like an interesting feature of Beyond, especially as one of the playable characters can fly and has telekinetic powers. It also brings the player even more into the relationship of the two characters and allows you to attempt to understand why Jodie needs Aiden as much as she needs him.


Just like Jodie then it would seem that the player has no choice in whether they want Aiden around or not as he is actually needed to progress throughout the game, making this feature seem like yet another well thought out and powerful character element of Beyond.


“Say if an opponent is swinging a right-hook, the player will need to press the stick against the direction of the punch in order to block and parry. The same goes with attacking: The camera gets right inside the action and Jodie's legs and fists will follow the direction of the analogue stick.”

As much as we did enjoy the combat system in Heavy Rain (well this writer did anyway), the fight scenes were a little repetitive after a while and whilst we’re used to smashing our claws on the X button thanks to Tekken, it would be nice to have a more flowing combat system present for Beyond.


So far, this new system sounds like it could work well on paper and having a say in the direction of the hit should also inject more realism into the action. There has also been talks of Max Payne style bullet time being involved in the combat scenes and having loved this slow motion feature with Mr. Payne and his trusty weapons, we can’t wait to try this out with Jodie.

Come October 8th we’ll be ready and waiting to pass our hard earned money over the counter and purchase what is shaping up to be one of, if not the most intense and character driven title that the video game world has ever seen. Some people may not be on board with Quantic Dream’s vision and may see Beyond: Two Souls as a pretentious, artsy project that has no place in the video game world.


Others however will see what this writer sees: a completely unique gaming experience that looks even more magnificent by the second. Plus it has the cross dressing, Green Goblin donning, crazed madman that is William Dafoe in a starring role. That’s got to be worth $20 alone, right?