A Valley Without Wind – Review

Every once in a while a game comes along that makes you scratch your head while you dabble in the confusion of trying to figure out just what exactly you’re supposed to be doing and what the overarching goal of the experience is. A Valley Without Wind is a game that traps you in this mind-set, as the game offers little to no exposition or any clear goals. Nearly everything about the game feels downright incoherent, which makes it not only hard to get into but also hard to actually stick with for the long haul.

A Valley Without Wind is at its heart a 2D sidescrolling action-platformer where you clear gaps by jumping over them and vanquish enemies with a wide variety of spells and other attacks. The game also borrows from "Metroidvania" games with dungeons and locked passages that require certain abilities to get past. Despite all of the elements that make it feel like a traditional platformer, A Valley Without Wind actually has a lot in common with rougelike titles because "perma-death" is always possible. This means when you die in A Valley Without Wind, you have a choice of selecting another character to play as, but when all six of them perish it’s game over. Thankfully, you have a huge list of difficulty levels to pick from so it’s not quite as savage as it seems. Also indicative of Roguelikes are the world's randomly generated levels, so you’ll never visit the exact same place twice. 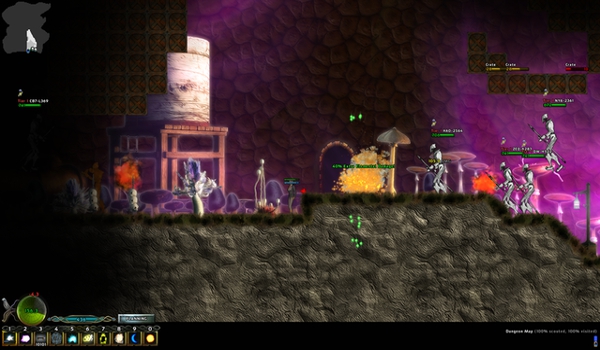 But beyond this simple setup lie dozens upon dozens of complex systems that require serious research to fully grasp. The game absolutely bombards you with a glut of encyclopedia pages to consult and loads of daunting information. For example, there is a crafting system in place, an expansive world structure stuffed with missions to partake in and entire settlements to run and manage. This may all sound interesting but because the game does not do a good job of exposition, it’s very difficult to figure out how to operate these features on your own.

While there are other games shrouded in mystery that force you to extrapolate obscurities on your own like Dark Souls and Minecraft, these other games tend to include something to motivate you to unravel its secrets—A Valley Without Wind simply lacks this. Sure, the game has leveling, gear and spells, but those things are not enough to push the player onward. The pacing is bad and the lack of gameplay variety from one starting character to the next doesn’t offer any diversity. The fact that gameplay is very repetitive from character to character is only worsened by the fact that enemies have little variety to change things up as well. Knights rush at you headfirst, bats attempt similar brain-dead tactics and you’ll quickly find yourself relying on the same strategies time and time again for defeating enemies. The game also has a multiplayer component of some sort, but at the time of this review, there were few people playing and it did little to alleviate the repetition of the experience. 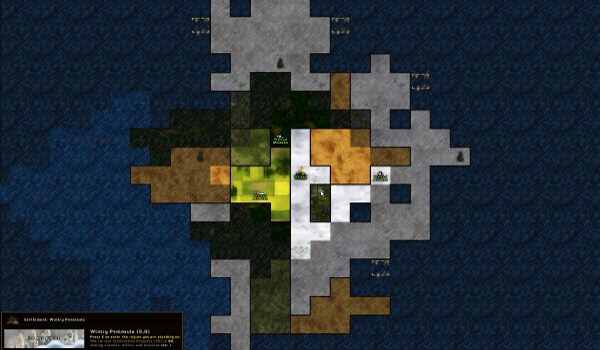 The feeling of underwhelming repitition carries over into the randomly generated levels as well. The game does handle its exploration element quite well. There are a lot of hidden areas brimming with new spells, crafting items and other types of loot that are well worth risking your life to get. These elements make the repetitious look of the environments—especially the dungeons—feel more tolerable. But when it really comes down to it, the game’s aesthetic simply feels out of place and everything just feels pieced together at random with little to no consistency involved. Why am I clad in a robotic suit hopping around in medieval-looking environments where one screen consists of snow and the next is of plain and barren wastelands? This incoherent feel is off-putting and just makes the game feel inconsistent and even more confusing. I can imagine at least a handful of people may enjoy the game’s stitched-together look, but I found the game to be visually unappealing, repetitive and bare.

The sound-effects are also barebones with some of the spells sounding like old MIDI files taken from an 8-bit Nintendo game. On the other hand, the soundtrack fares a bit better with its atmospheric tone and feel, but is mostly forgettable.

A Valley Without Wind feels more like an experiment than a full-fledged game. It doesn’t care about giving you any predetermined goals. Instead, it wants you to run amok and explore its randomly generated levels to see what lies beyond. In theory, the randomly generated levels offer endless replayability and unique stage design every time you play. That’s a fine concept for a game, but the execution leaves a lot be desired. The repetitious level design, dull combat and the overall incoherent feel of the game’s style and visuals are disconnected from unifying one another. The complete lack of direction and exposition doesn’t help either. If you fancy games that are weird, experimental and unconventional, then A Valley Without Wind might have something in store for you, but I found it to be a dull and awkward game to sit down with. It’s better in theory than in practice.