A Wrinkle In Time Review

By: Steven Armstrong | Movie Reviews | March 14, 2018
If you’re unfamiliar with Madeleine L'Engle award-winning classic, you won’t know much beyond the title and a vague notion of a little girl going on an adventure doing something to save people she cares about. If you’re coming to the story for the first time by way of this film, then you should know that you are in for an affair that feels at once formulaically Disney, and yet it is also something that breaks from that in a way.
Let’s get the obvious out of the way now - this film is diverse in a way that Disney films have rarely been historically. That has been changing quite drastically in the last few years in particular. You have actors like Mindy Kaling, Michael Peña, the all-powerful Oprah Winfrey, and newcomer Storm Reid running around on screen doing things. This is continuously refreshing, the notion of representation, even if it doesn’t always make for a great movie. Is that the case for A Wrinkle In Time? Yes. As a film, it isn’t great. Is it terrible? No. In truth, at least in the opinion of this reviewer, Ava DuVernay’s offering lies somewhere in between in the way that most Disney live-action films feel, which is to say that they won’t win any Oscars, but you should come away feeling entertained at least, and if you’re lucky, you might come away feeling something. 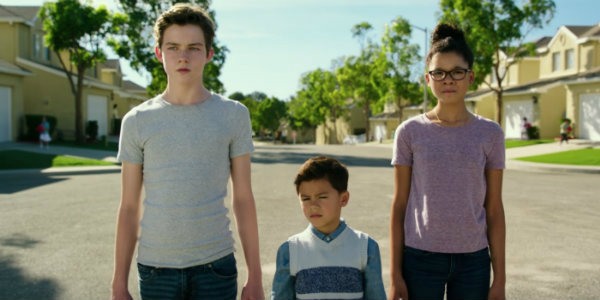 Meg (Storm Reid) is a young girl dealing with the loss of her father, Dr. Alex Murray (Chris Pine). No one knows for sure what happened, maybe he disappeared, maybe he died. The only thing certain for Meg is that her world has been turned upside down. Formerly a top student, she shuts down, harbors anger, and acts out at school. As a result, she has few friends. Her brother Charles Wallace (Deric McCabe) is her biggest supporter and it is his support and enthusiasm that would open the door to a new world beyond what Meg can imagine.
When an astral traveler called Mrs. Whatsit (Reese Witherspoon), arrives on Earth, Meg is immediately suspicious. The charming and bright personality of Charles Wallace ends up prevailing over Meg’s cynicism and uncertainty, because against the better judgment of Mrs. Whatsit, Meg is brought along on a fantastic journey, joined by her classmate, Calvin O'Keefe (Levi Miller). The three are introduced to Mrs. Who (Mindy Kaling) and Mrs. Which (Oprah Winfrey, in all her glory and grandness) and they travel to a distant planet in search of Meg’s long-lost father. 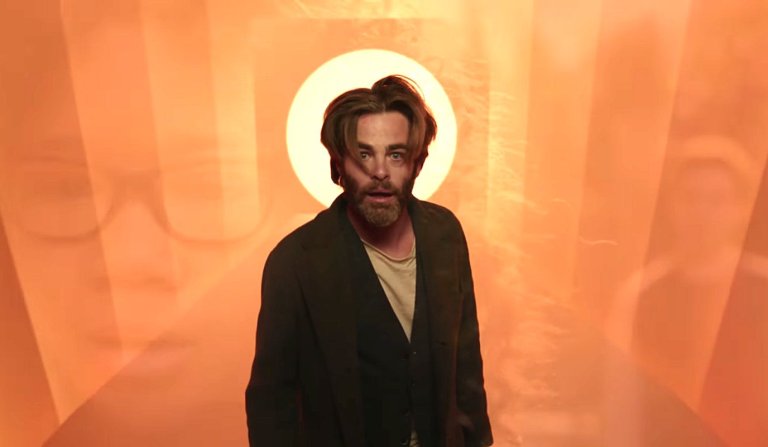 Storm Reid is a strong lead in this iteration of the classic story. Much is being made of the fact that she is an actor of color, huge for little girls of color to bear witness to, for sure. However, this means little beyond representation if the quality of her skill isn’t where it needs to be. DuVernay’s sound direction allows for the young thespian to flourish and make intelligent choices, which is essential when considering that Meg is a smart kid. There is a sense that Reid brings her own intelligence to the role here. There are slight moments of awkward delivery as can be the case with some young actors, it doesn’t detract from Reid’s clear talent.
Speaking of, she is really, really good when the story calls for her to emote. She also plays very well against Chris Pine, who should get some award in the drama department. Seeing him melt into a puddle of emotions and to see Reid do likewise in a way that is so real and beautiful, one completely buys into their father-daughter dynamic. 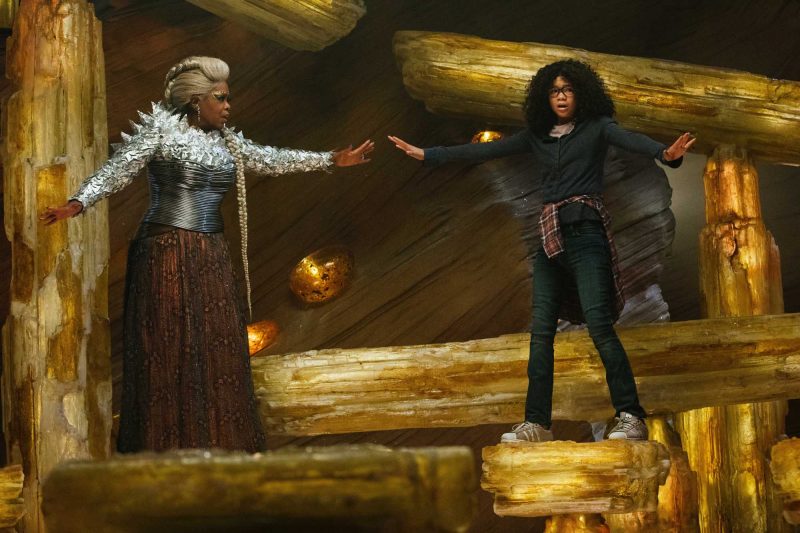 Gugu Mbatha-Raw's presence is a welcome one, but she is underutilized here. In scenes she shares with Chris Pine, there is a remarkable chemistry on display. Goodness. The two of them might have easily run away with this movie, but then again, this is aimed at kids so tone it down there, but they were solid anchors in this film dealing with traveling through time and space.
There are one too many popular songs by some of today’s hot young female artists during certain parts of the film that don’t really add much in terms of conveying a tone. Those songs don’t do anything that a score couldn't do better. Perhaps this is nit-picky. The only place where it seems to really work well is when Sade’s “Flower of the Universe”, her first piece of new music in years, comes in as Meg is figuring things out. It is a beautiful song and fits thematically. It is also a clear departure from the sugary pop songs that appear earlier in the film. 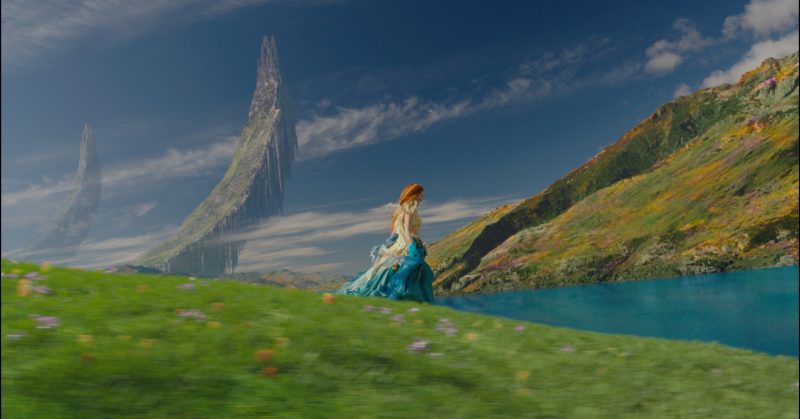 DuVerany does a great job keeping all the elements together here. Even if they don’t always feel as tightly executed for whatever reason. The film was made with a good deal of love and care and it shows. Kids will get a kick out of it, though fans of the book will undoubtedly have many things to say about it - much of it might not be favorable. You make the call.
Rating
6.7
Pros