Action Comics #900 Controversy – Mountain Out of a Mole Hill

This week has been full of its fair share of comic controversies the first starting with Superman renouncing his US citizenship. The story started on Bleeding Cool with the article, “Action Comics #900 is a Fox News Story Waiting to Happen.” Guess what happened then? It became a national news story and of course Bleeding Cool was at the forefront. They then followed up with another story, “So I’ve been talking to the Washington Times for a Half an Hour about Action Comics #900.” From there every comic news site began posting their thoughts getting reactions and really building the mountain.

The sad part is I don’t think the mainstream media is to blame for this one, at least not for finding the story so quickly. Usually they’re days if not weeks behind; making this one the comic media’s fault for them finding out so quickly. Granted Bleeding Cool is not alone; sites like Newsarama, Robot 6 from CBR, Comic Alliance and even Fresh Ink from G4 all had something to say about it. But the focus was wrong. 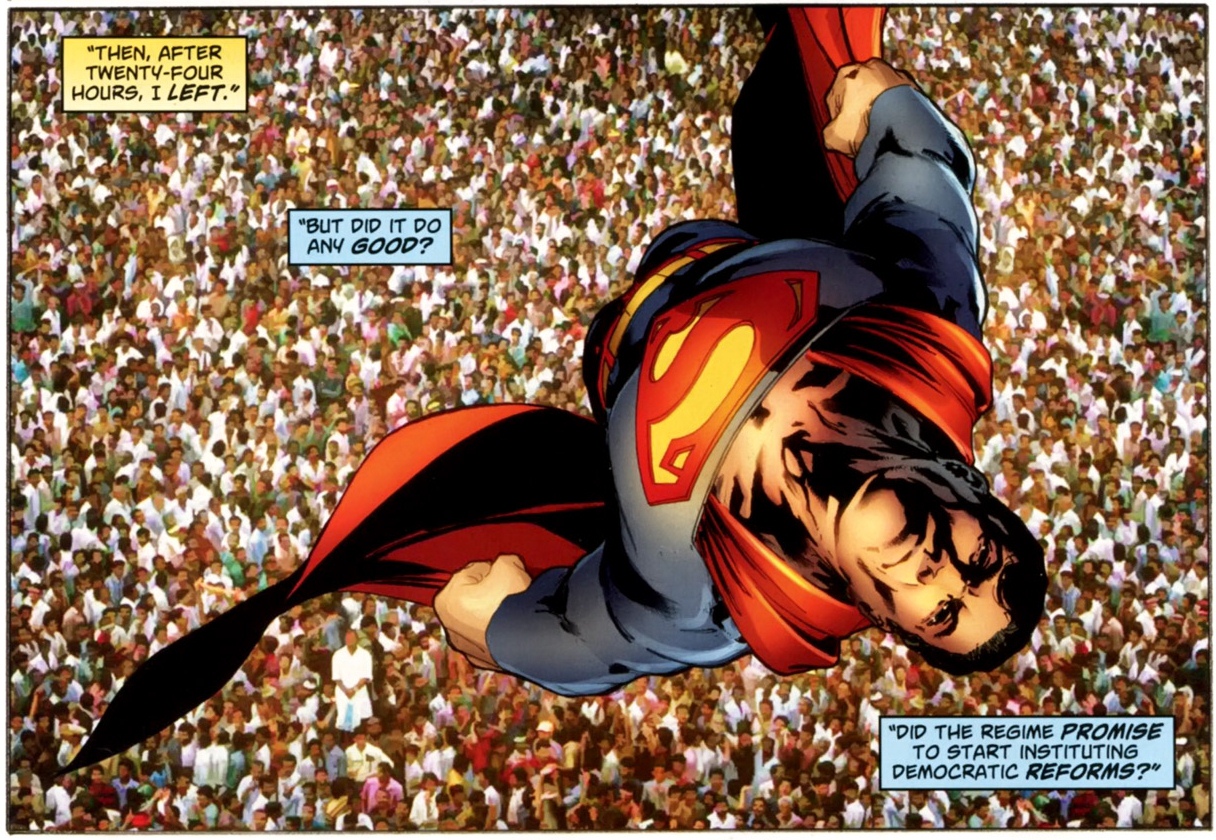 They all danced around what the issue was really about the conclusion of Paul Cornell’s amazing run with Lex Luthor on the book and instead focused on the last story of the issue. The gist is that Superman gets involved in a protest in the city of Tehran in Iran. He doesn’t do anything other than stand with the protestors for 24 hrs. Due to his US ties he’s incites an international incident with the possibility of war. So he renounces his citizenship saying that the world is too big to be tied to one nation. In a way that’s good for the US since they can then say, “Hey he did that on his own.” The real point of this story is the ending in which a protestor hands a soldier a flower and the soldier takes it. You may have seen that before from movies and oh I don’t know HISTORY! They way I read the issue, Superman belongs to the world not just the US. He's an icon to the world over and DC's going to share him with the world.

What I don’t get is how anyone thinks this will have any real effect on the comic. Superman is about to go into battle with multiple Doomsday’s not stop the fighting in Lybia or any other middle eastern country. This was a one off story with a political message that is not going to shape what’s to come in Superman. Why? Because real world issues don’t work in comics that have been around for seventy years! It’s foolish to think that DC is going to pursue this avenue for their biggest property especially after the flop that “Grounded” turned out to be. 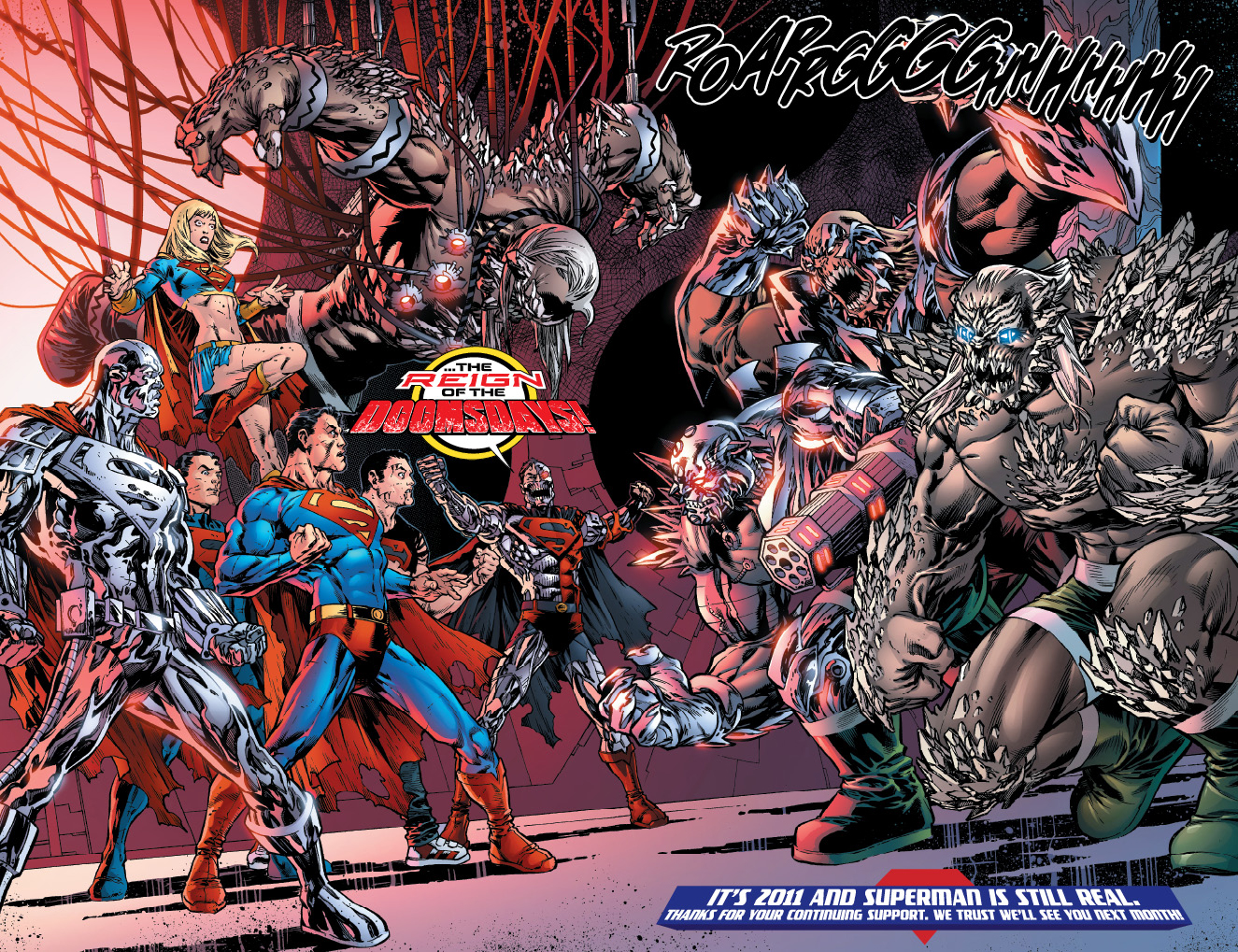 If you’re interested in this huge milestone issue from DC Comics then be interested for the right reason and that’s Paul Cornell’s story which is great. Superman reveals his secret identity to Lex Luthor to show that he’s more than capable of human emotions and from there Cornell solidifies Lex Luthor as an ultimate baddie.  The other back up stories is very good too, but their just back up stories nothing that will have or leave any real effect on the franchise. Hopefully this mountain will crumble back down to the mole hill it really is by next week’s releases.