It's named Call of Duty XP (which furthers my belief that Activision is obsessed with Call of Duty puns), and it will take place in Los Angeles, California. It will last for 2 days, both the 2nd and 3rd of September. The cost for attendance is $150, $25 less than Activision's other convention, BlizzCon. Activision's publishing CEO Eric Hirshberg admits that he deeply examined BlizzCon while constructing Call of Duty XP, which helped define the price point. All of the profits from the convention are going to the "Call of Duty Endowment," a non-profit system which helps veterans of war. So your dollars would be going to a good cause if you went, but what are you actually going to get for your money?

The event will give attendees their first chance to play Call of Duty: Modern Warfare 3 multiplayer and Spec Ops modes, the opportunity to enter a 32-bracket Call of Duty tournament for more than $1 million in cash and prizes, live shows from as-of-yet unknown "AAA entertainment," a giant paintball field modeled after the Modern Warfare 2 map named "Scrapyard," a playable recreation of The Pit (also from Modern Warfare 2), a zip line, and food from "Burger Town," the fictional fast food restaurant from a mission in Modern Warfare 2. There are some other exclusive perks to attending the event which haven't been named yet. 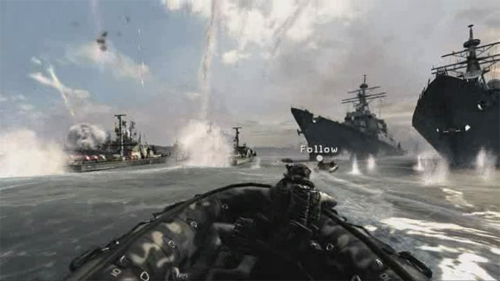 Finally, the veil over Call of Duty Elite will be pulled off at XP, sharing the full price and features with the public. It's been promised that all the confusion will be gone after XP regarding Elite. Most of the events that occur at the convention will be posted online, which I'm happy about for sure. I don't really want to watch others eat at Burger Town or play paintball, but I'm definitely looking forward to watching the tournament.

Tickets go on sale on July 19th. Personally, I won't go, because while paintball and burgers sound great, the way it's all from Modern Warfare 2 makes it feel a bit gimmicky. Then again, the Call of Duty-ness of the event is probably the point, and I'm sure it will be cool for hardcore fans.