In Looper, time travel is illegal and used almost exclusively as a means of executing people. The target is sent back in time and killed by a Looper, wiping out any trace of their existence. The film sets up this world and imagines a Looper’s  worst nightmare: the target sent back in time is himself.

Well, that idea got us thinking. Although it’s Joseph Gordon-Levitt ordered to kill an older version of himself in Bruce Willis, there are quite a few real-life actors who if their younger selves saw what they had become, would probably want to snuff themselves out. So here’s a wish list of actors who we’d like to send back in time to be offed by their younger, more celebrated selves.

Let’s play a game of word association. I say “celebrity train wreck,” now you tell me what comes to mind. Survey says the number one answer is Lindsay Lohan, the Parent Trap remake star who seemed destined for a big career as recently as 2004 when Mean Girls came out and rocked a few teenage worlds. Lots of drugs, alcohol and a plethora of moving violations and naked photo shoots later and the only way she can get work is as a gimmick with roles in Machete and the upcoming Scary Movie 5. Or as Elizabeth Taylor in a Lifetime movie that would get no attention otherwise. I have a hunch younger Lindsay would do whatever it takes to erase one of the worst publicity dives in celebrity history. 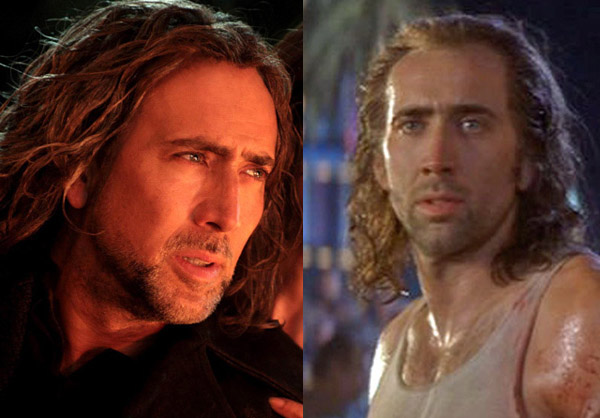 Nicolas Cage loves only one thing more than making movies: blowing all the money he makes from them. The extravagant spender and collector has a history of tax evasion problems, and it’s considered the reason that for every National Treasure, Kick-Ass and The Bad Lieutenant: Port of Call - New Orleans there’s a Season of the Witch, Seeking Justice and Trespass. The misses outweigh the hits, and no actor is probably just as likely to win a Razzie as he is to win an Oscar. I’d like to see the Cage of The Rock, Face/Off and Con Air go after the Cage of Bangkok Dangerous, The Wicker Man and Next. They might prefer to ride in each other’s Lamborghinis and trade hair tips, but it would actually be a good fight. 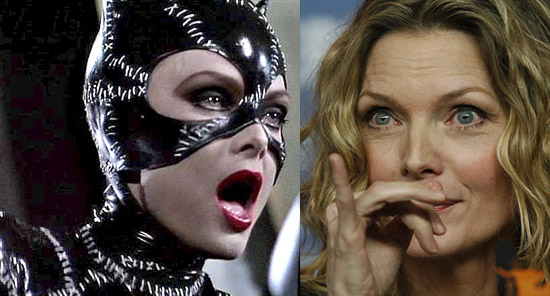 If you’ve seen Michelle Pfeiffer’s independent work this side of the 21st Century, you probably know that the 54-year-old still has it in more ways than one. But with roles in New Year’s Eve, Dark Shadows and People Like Us, her more visible work couldn’t be a whole lot more poorly chosen. The three-time Oscar nominee who cast the big shadow for Anne Hathaway to crawl out of as Catwoman would probably like what she saw in her future self, but be appalled to see how little she was using it. 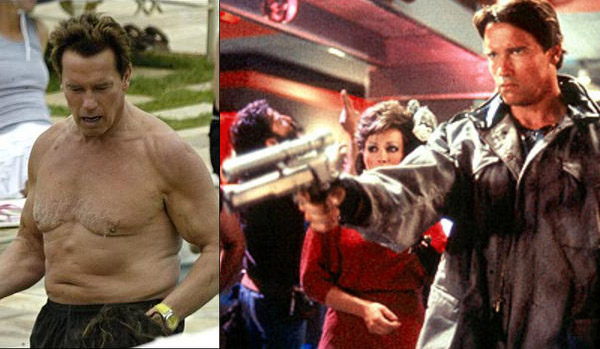 If body builder Arnie from Hercules in New York saw what he had become as governor of California, there’d be hell to pay. Considering Schwarzenegger actually played a role in which he went back in time to kill someone, a similar real-life situation seems surprisingly realistic. Wrinkly flabby Arnold wouldn’t stand a chance, but career comeback Arnold? He might. Imagine the one-liners. 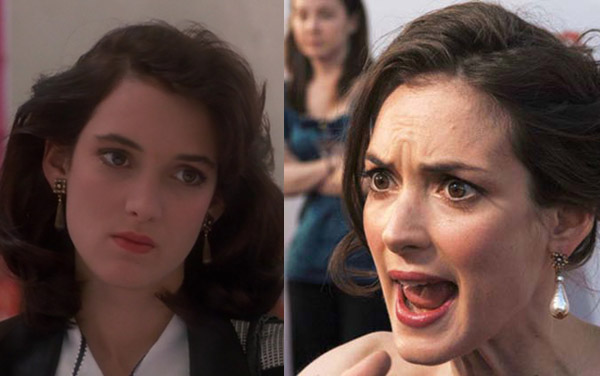 After Beetlejuice and Edward Scissorhands, Winona Ryder had it made. She even scored a couple Oscar nominations in the mid ‘90s. So what happened? The annoying Winona of Mr. Deeds and The Dilemma would likely be offed by her younger self, Heathers style to be sure.

Now here’s a matchup I’d pay to see. The two-time Oscar winner hasn’t been nominated for a golden statuette in more than 20 years, but worse than that, ever since he dabbled into comedy with Analyze This and Meet the Parents, he’s become a no-talent softie paid big bucks to serve as a name on a movie poster. What the mob master days of Scorsese years Bobby would do to the De Niro of today would likely be unspeakable. With great buzz for November’s Silver Linings Playbook, maybe he’ll finally snap out of it. 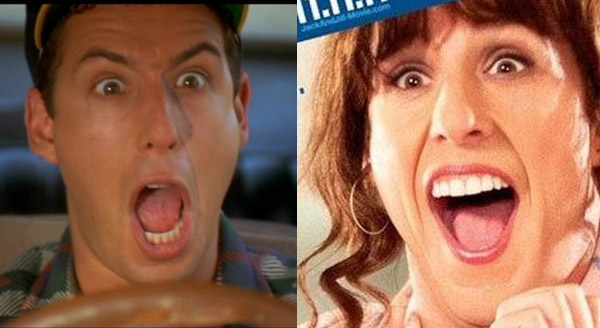 Never mind late-‘90s Sandler killing himself, watch out for 10-year-old me. After Punch-Drunk Love, Spanglish and Reign Over Me, what seemed like the beginning of a new phase in Sandler’s career, he has had nothing short of a relapse, a relapse so bad its made me question the initial quality of the Billy Madison and Happy Gilmore days. After cleaning up at the Razzies this year, Sandler has climbed the list of crappily aged talents. There’s no question in my mind that younger Sandler would yell in immature-speak at his older self for doing the same antics at 46 that he was doing in his early 30s. 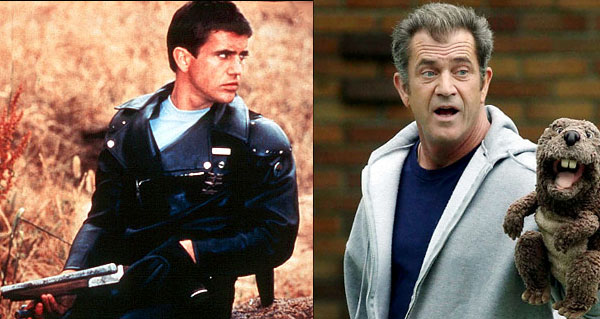 Ding, ding and ding. Mel Gibson probably has enough death threats that his younger self is probably the last thing he’d need to worry about, but man, the things the young star who played Martin Riggs, William Wallace and Max Rockatansky would do to his hateful, belligerent aging self. Still in his 50s, Gibson could probably lay a smack down, but the joy that would come from watching him get the living daylight beat out of him by none other than his younger, more revered self would be delightful.