"Will this Hollywood Ending lead to a third season?"
By: Felicia Kudronowicz | TV Reviews | March 2, 2016
The Agent Carter season two finale might have been called "Hollywood Ending," but it definitely didn’t have a movie feel. It was pretty bland as far as finales go, but it did tie things up nicely. When we left off last week, it was hard to tell where everyone stood. Every character seemed to be looking out for themselves, but this week that all changed as everyone teamed up against Whitney Frost. She quickly became a common threat among all our leading characters, who decided it was time to get rid of her once and for all. In order to do that, they decided to create a device that would open a rift that would absorb the zero matter out of Whitney, but leave her unharmed. Luckily, Howard Stark turned up to help them create this device. But to be successful, they needed some insider help from Whitney herself. [caption id="attachment_80674" align="aligncenter" width="600"] 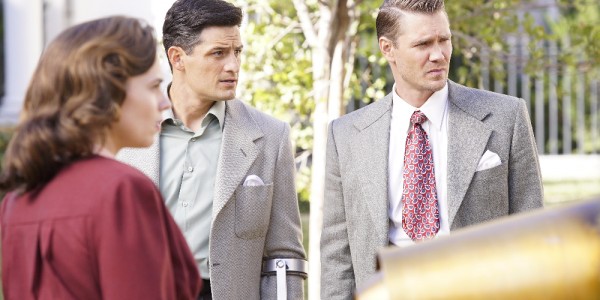 (ABC/Kelsey McNeal)[/caption] In order to get this information, they had to distract her so that she would leave the room with all of her research and equations. By this point, eve Joseph Manfredi was working against her. His contribution was to question one of his staff members and pretend he needed Whitney’s help to interrogate him. While he kept Whitney distracted, Peggy and Sousa were able to take pictures of all her research, while managing to sneak out the window right before Whitney returned. Everything in the episode seemed to work just perfectly- there weren’t many hiccups and it was just kind of boring how, all of a sudden, everything worked out in Peggy’s favor. Since they had the missing elements to open the rift, the group quickly made the device and opened the rift, which apparently just called to Whitney, which meant they didn’t have to do anything to get her to come to them. As soon as she got there, the rift sucked all of the zero matter from her. This was another example of the inconsistency surrouning zero matter. Why did it completely abduct Jason Wilkes, but for Whitney it took the zero matter from her? Very strange. Also how did Jason Wilkes survive that explosion from last episode? Apparently the zero matter exploded from him, but now he is in perfect health? It’s a little too convenient. [caption id="attachment_80675" align="aligncenter" width="600"] 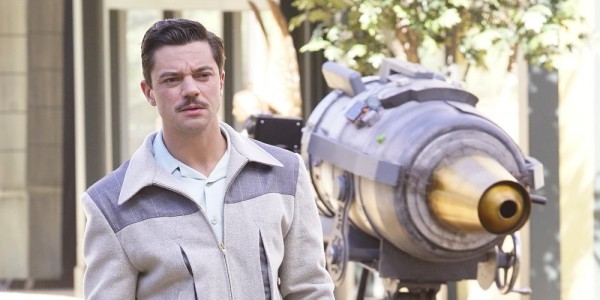 [/caption] Once Whitney was clean of zero matter, they arrested her and got her out of the way, but they still had to close the rift. Of course someone had to go on a suicide mission and go in the rift zone to turn it off. Sousa quickly volunteered and for a split second there was some concern that he would get sucked in, but Peggy and the gang were able to stop that from happening. In the end, (almost) everyone ended up happily ever after. Jason Wilkes was back to normal and got a job working for Stark, Jarvis and Ana were back together in their home, and Peggy and Sousa finally kissed. Whitney, however, was put in a mental institution and started to believe that her husband, Cal, was still alive, and Jack Thompson got shot just as he was about to head back to New York. Final Thoughts: - Unfortunately this episode was a bland end to a meh season. This season started on such a high note and it just continued to go downhill, which means things aren’t looking good for it to get renewed. I would still love to see another season with Peggy and the gang now that zero matter is out of the picture, but it’s unclear whether or not they will get that chance. - I’m also really disappointed that we never got back to the Dottie storyline. I think she was a much more dynamic villain than Whitney Frost and they just let her disappear in the background. If they get a third season, I really hope they bring her back. She deserves more screen time. - While there were some good Jarvis lines this episode, there was hardly any Jarvis/Peggy banter, which was one of my favorite things this season. - It's also kind of annoying that they made a love triangle out of Peggy/Sousa/Wilkes this season. Even though Peggy is a strong female character, they just couldn't leave that trope alone. Luckily, Marvel’s Agents of S.H.I.E.L.D. is back next week, so we will get some superhero action. Do you think Agent Carter should get a third season?
Rating
7.0
Pros