By: Felicia Kudronowicz | TV Reviews | October 28, 2015
Last night was the Marvel’s Agents of S.H.I.E.L.D. episode that we’ve all been waiting for: we finally got to see where Simmons was after she got sucked into the monolith. I was pleasantly surprised that the whole episode was dedicated to Simmons and her adventure. This is the first episode that has strayed from the format of the show and it was pretty awesome. It felt like a short film with twists and turns along the way. It even felt a little like The Martian, especially when Simmons finds an astronaut on this strange planet in a completely different solar system then our own, but I’m getting ahead of myself. The first few minutes when Simmons was alone were insane. I’m not sure I would have been brave enough to jump into pond of water on a strange planet and where did she get that swimsuit? Are we supposed to believe that she just had that on her? The most traumatizing part of the episode was when she ate that alien sea creature, yuck. It was pretty awesome to see Simmons kicking ass though. I don’t think I would have been brave enough or smart enough to survive. [caption id="attachment_76225" align="aligncenter" width="600"] 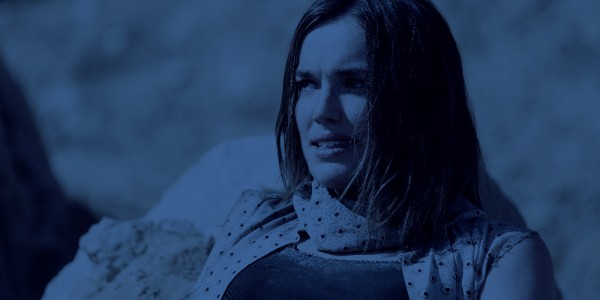 [/caption] Luckily, as mentioned before, Will the astronaut appears to come to kidnap her, but actually ends up saving her. I was honestly not expecting her to run into any other human life forms. I don’t know why, when that’s actually pretty logical. Of course NASA would be interested in experimenting with the monolith. I was immediately a huge fan of Will, but it felt like I was betraying Fitz. But it would be nearly impossible not to get attached to the (literally) only other person on the planet you're on. At least she didn’t fall in love immediately. It was heartbreaking yet adorable how she clung to her phone that had pictures of Fitz on it. She even said good night to him every night, but as soon as she said, “good-night Will," I knew my favorite ship was in for rocky stretch. It was interesting learning Will’s backstory, and as soon as I saw him I knew he was the reason Simmons wanted to go back. It’s kind of crazy that NASA couldn’t find out a way to rescue the astronauts though. I guess they could have assumed they all died right away, but like what was their initial plan? They didn’t seem to have any backup plan prepared. They were just like… uh go through this portal. Maybe we’ll see you later, maybe not. I'm pretty sure NASA would be much more cautious than that. [caption id="attachment_76222" align="aligncenter" width="600"] 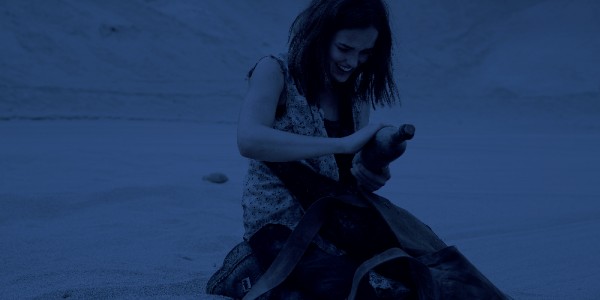 [/caption] I also really liked the juxtaposition that Will was doom and Jemma was hope. They really balanced each other out. Don’t get me wrong, I’m still team Fitz, but I’m glad Simmons had someone to keep her sane and safe, which reminds me, what the heck was that “thing”? It reminded me of a dementor (soul sucking demon) that could also trick you into thinking it’s what you want to see, definitely a deadly combination. When we finally get back to the present, we realize that Simmons has been telling Fitz this whole story and his expression really says it all. He is heartbroken that she found someone else, but he also understans how important Will was to Simmons’ survival. He immediately knows why she has to go back and is ready to help. My poor Fitz. He thought he finally had Simmons back only to discover she had given her heart to an astronaut. What are the odds of that happening? I mean as far as meet cutes go, that IS a pretty good one. I just feel so sad for Fitz. He risked his life to get Simmons back only to be pushed to the side. Obviously I don’t blame Simmons either, but that doesn’t make it any less heartbreaking. Final Thoughts: Overall I think this was a really strong and different kind of episode. It’s hard to grade it on the same scale as the average S.H.I.E.L.D. episode. I enjoyed it a lot though. It’s nice to try something different, and it was way better than just having Simmons tell the story or have it be a small part of an episode. I think it was time well spent. I also loved that we got to see more of Elizabeth Henstridge’s acting abilities. She’s super talented. I would honestly love a Fitz/Simmons spin off, whether as a couple or just their lab adventures. I guess I missed the rest of the team, but this episode was so captivating, it was hard to think about anything else. This episode did exactly what it needed to do, but I’m also excited to get back to the rest of them team in next week’s episode. I only hope they can get to Will before that thing does.
Rating
7.5
Pros