By: Felicia Kudronowicz | TV Reviews | November 4, 2015
Last night on Marvel’s Agents of S.H.I.E.L.D., the whole gang was there and ready for action in, “Among Us Hide…”. After last week’s Simmon’s centric episode, it was nice to see everyone again. I had already forgotten that Andrew’s fate was left unknown. Well, it turns out he survived. The whole episode he acted all coy, saying it was a miracle he survived, but more on that later. Now that Andrew is alive and well, everyone was still pissed at Hunter for risking his life. Coulson called him off the Ward revenge mission and instead sends May, who’s officially back in action. She decides that Bobbi is ready to get back out there, after she challenges her to fight her own battles. At first I was super annoyed that they were fighting over what stupid things their boyfriends had done, but I was glad it ended up being a test. Any fight scene with May and Bobbi is impressive, but I am getting sick of every one of Bobbi’s storylines being about fixing relationships. Anyway Bobbi and May got back out on the hunt for Ward. They, of course, encountered some trouble along the way that led to more epic fighting. I was a little annoyed that May thought talking and tricking someone was worse than fighting. She blamed Bobbi for being too cautious, but I thought talking and getting away was better than wasting time, energy and lives fighting, but I guess that’s just me. [caption id="attachment_76578" align="alignnone" width="600"] 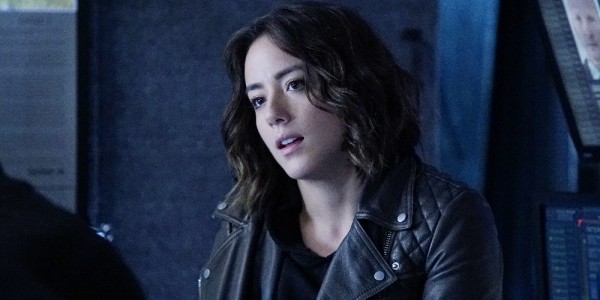 [/caption] The other side mission of the episode was Hunter, Daisy and Mack trying to figure out Lash’s secret identity. They thought it might be Rosalind’s right hand man, since he would have intel on the Inhumans, but that lead ran dry. They did, however, manage to find the ATCU base, where they found out that the ATCU has been keeping Inhumans in a coma-like state until they can find a cure. This causes Daisy to freak out and become even more against the ATCU. At the same time, Coulson goes on a tour of the facility and he doesn’t like what he sees either. He likens it to something out of a horror film (Cabin in the Woods reference anyone?). But we also get to learn a piece of Rosalind’s backstory. Her husband died of cancer. She said she wishes she could have put him into a coma until they found a cure. Why do they have to go and make everyone so damn relatable. Every story has two sides and I’ve having a hard time choosing. I really like Rosalind, plus her saying she wants Coulson to like her was too cute. Daisy might be worried Coulson is getting attached to Rosalind, but I think it’s too late, that ship has sailed and I’m on-board. [caption id="attachment_76580" align="alignnone" width="600"] 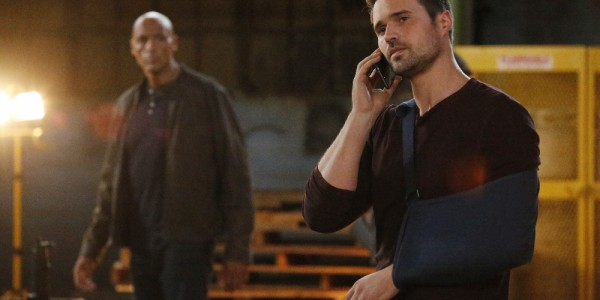 [/caption] We also got to check back in with Ward this episode. He was pretty upset that Hunter and May were able to get into Hydra and so they have to completely move their operation. He also talked to some mysterious gentlemen, who might be able to help get Hydra up and running again. Fitz and Simmons were back in the lab for a tiny second this episode. Thanks to Hunter, Fitz is torn about helping get Will back. I know in my heart that Fitz won’t be able to say no to Jemma, but I do think it’s interesting that he is trying to learn more about Will at the same time. That whole situation is a difficult one. I think they will find Will, but I don’t think it will be happily ever after for Simmons. At the very end, May and Bobbi finally caught up with Von Strucker in hopes of getting Ward’s location, but instead they found out what really happened to Andrew in the convenience story. He survived, because ANDREW IS LASH. This was a twist I did NOT see coming. I don’t understand why he would be going after Inhumans though. Is it just instinct? I don’t know what beef he has with them. He seems fine with Daisy. It’s all very confusing. Hopefully we learn more next episode. Final Thoughts: This was a really strong episode. The whole team was there, plus Rosalind, so that is always a plus in my book. Even though there are so many storylines and characters going on, the episode still managed to move smoothly and it isn’t difficult to keep up. I think that’s a real skill this show has. I also liked that they continue to switch up the teams. This time Hunter was with Daisy and Mack and Bobbi and May were together. It shows that they can work together with any combination of members.
Rating
8.5
Pros