Allan Quatermain is back once again, and this time it’s a solo adventure.  Best known to younger audiences as a leading member of Alan Moore’s League of Extraordinary Gentlemen, Quatermain’s character was actually spawned in 1885 by H. Rider Haggard as the protagonist of King Solomon’s Mines.

Quatermain is a frequenter of colonial Africa; will the new writers be up to the challenge that is portraying one of Western history’s least proud moments? 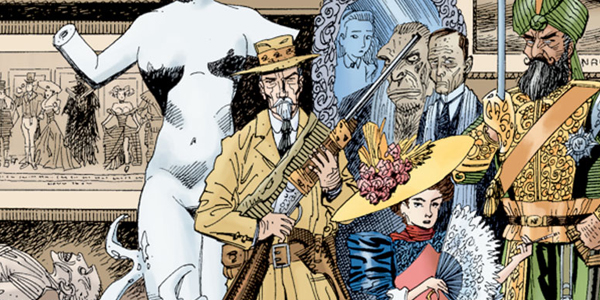 The story will be set in the tumultuous Africa, where exploitation is abound and foreign politics rule the land.  In the midst of all of this, Quatermain will be traveling home to England to bury his son.  That is, until his train is robbed and the corpse of his son is stolen.  Now, he must fight to get it back.

The writer of this new run, Scott Davis, has countless titles under his belt.  From William Shatner Presents: The Tek War Chronicles to 20 Million Miles More, Davis appears to be well versed in the action adventure genre.  “Writing in the world of Allan Quatermain is truly going to the source of modern action adventure,” he claims.

Hoyt Silva is a lesser known among artists and illustrators.  Based on the screenshots I’ve seen of Quatermain, Silva appears to be taking a turn away from the style of Bluewater’s first run of the character, which looked eerily like Harrison Ford as Indiana Jones.  Allan Quatermain as depicted on the cover is bulky, fair-haired, and mustachioed with a smoking pistol in hand, standing among beautiful women, howling hyenas, and battle-ready soldiers; it’s clear what we’re in for. 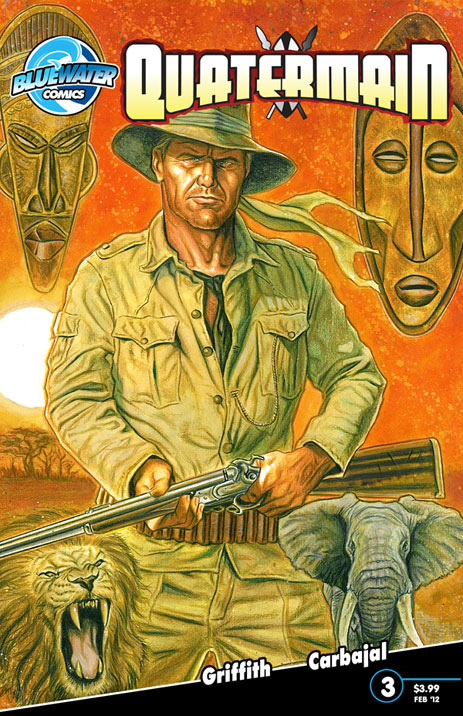 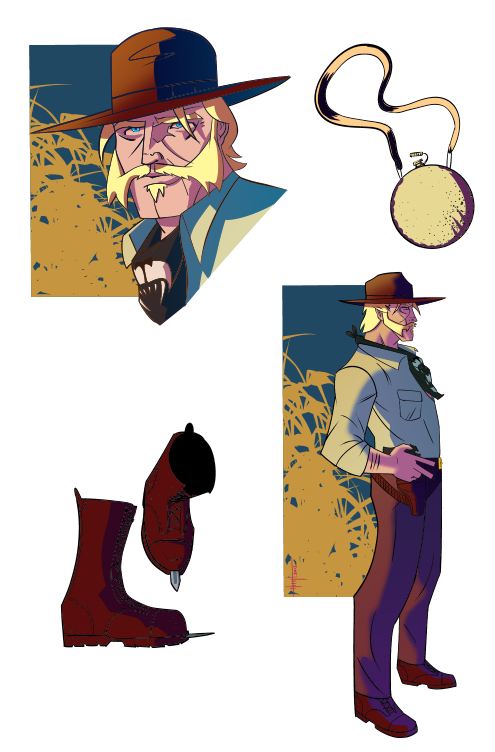 Bluewater comics will publish Quatermain.  The release of the comic will be accompanied by a Sirius XM radio drama titled “Allan Quatermain, Lord of the Locusts,” which will be produced by Colonial Radio Theatre.  Although this isn’t their first Quatermain title, Bluewater is going all out for this one.  Will the content meet the hype?  You’ll have to read it to find out.  Quatermain is slated for release later this year.