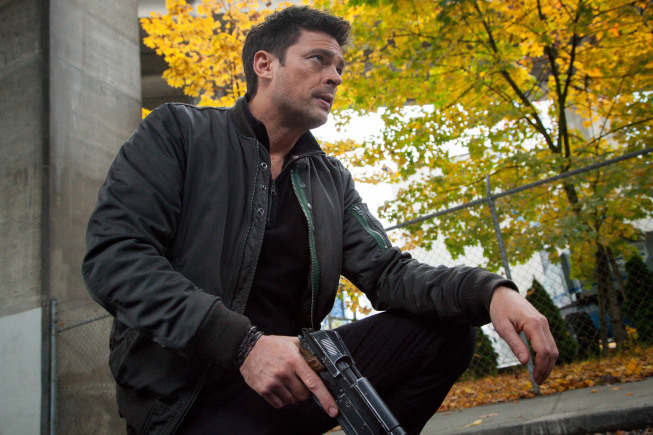 I’ve been quite adamant about Almost Human’s refusal to have fun and inability to really tap into its setting and genre, but the latest episode, “Blood Brothers” is a noted improvement for the sci-fi show. The story this week isn’t perfect, but it does take advantage of the series’ futuristic setting and incorporates some of the nonsense techy/scientific advancements into the crime story. The use of life-like holograms and cloning in the main conflict make the story unique to the show and is definitely not one that could be told in a present-day procedural, unlike last week’s Breaking Bad-esque plot.

The episode opens with a bit of farce as Kennex goes into the android living quarters and the weirdest locker room ever where the MX bots get ready for their day. Of course the series answers the question that is in everyone’s minds and we get to see a naked MX and his junk is all Ken-doll. Poor guy.  It’s a funny moment, a bit clichéd and expected, but amusing nonetheless. Also, this time around, Kennex and Dorian’s relationship is a bit more easygoing and light. They discuss Drian’s business and he makes it clear that he is all man in that regard, and he teases Kennex about his love life, again a nice moment cementing their growing friendship. The show doesn’t always do a great job in establishing the relationship between these two, while Dorian is always professional and friendly; Kennex isn’t always as receptive of his partner. One week he is all buddy-buddy with him and another he is prickly and sour for no apparent reason (other than the fat that he doesn’t like robots). It is always much better when Kennex is allowed to bond with Dorian and they share a fun rapport. Their chemistry is an important aspect of the series’ success; it’s just not fun to watch Kennex be a prick to Dorian all the time. 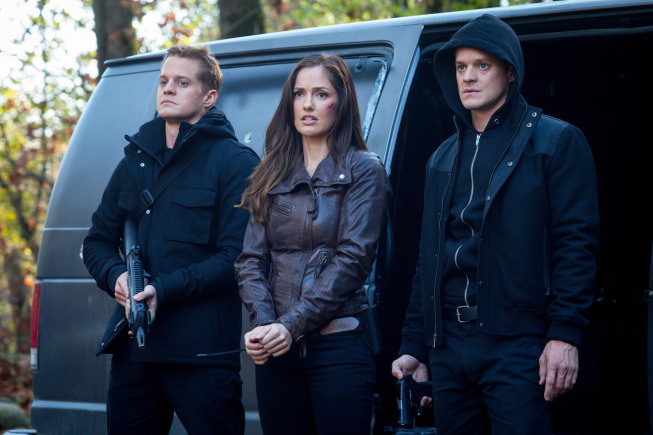 In the introduction to the crime story, Maldonado is testifying in a murder trial in which the accused is the philanthropist, Ethan Avery. A fertility doctor has been killed and Maldonado is sure that Avery is responsible. Things get complicated when one of the witnesses, who is taking the stand in the form of a hologram, is murdered. Things get even weirder when it is determined that the guy who killed the witness is Ethan Avery, which is seemingly impossible since he was in the courtroom when everything took place. Hence clones! While clone stories are not exactly the most innovative or interesting of ideas to explore, at least the writers are introducing more sci-fi friendly aspects to the show. As the story progresses they do a decent job with the incorporation of new technology. It is a smart move on the police’s part to use the hologram technology and it is fun to see them carry out the attempt.

Even though “Blood Brothers” is undoubtedly an improvement over the dull and tedious episodes that precede it, it is certainly not a perfect hour of television, not even for an episodic procedural. While I am glad to see Lili Taylor get more material and screen time, giving her the opportunity to do more than just talk sternly and look serious, some of the characterization leaves something to be desired. The majority of her story relies on the dynamic between her and Avery and most of that stuff is frustratingly bad. Once again, the villain on the series is one-dimensional and clichéd, he does have a smug attitude, which communicates a personality, but the performance is off-putting and wooden. I initially thought that the Avery that was in jail was actually an android because of his lifeless delivery. Still, what’s really bothersome is that he is able to get under Maldonado’s skin so easily and seems to affect her quite deeply. Even with his generic, bad-guy talk and taunts. Though it is nice to see Taylor play a different aspect of her character and show vulnerability and doubt, what Avery says to her doesn’t seem to be so biting as to illicit such a response. I mean, it is the year 2048, you’d think that affronts on her personal life (the fact that she is still single) as lame as those wouldn’t make such an impact. She is clearly a strong and intelligent woman, but the minute she lets herself be even slightly manipulated/affected by that creep, it diminishes her strength as a person and character. It would have been so much more fun for her to laugh off or brush off his stupid observations and remain the badass she knows herself to be. Sigh. Though I gotta say, it is quite nice to see Avery get his comeuppance courtesy of Maldonado. 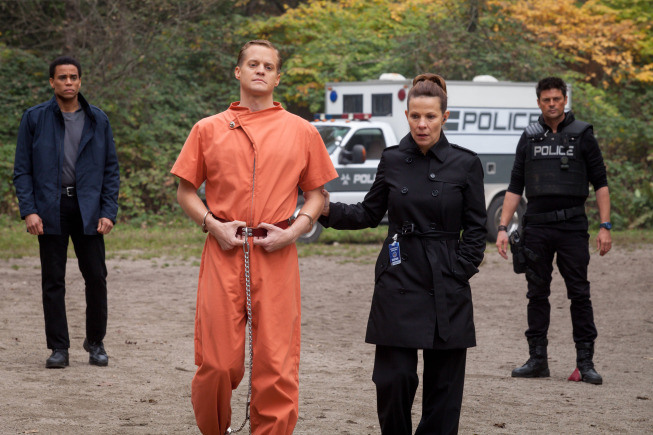 “Blood Brothers” is the most successful episode of Almost Human so far; it has an adequate mix of police procedural machinations, action and humor. While there is still a lot of room for improvement, it is definitely a good sign that the writers are making these adjustments.