By: | TV Reviews | September 30, 2011
Alphas' season finale "Original Sin" was full of surprises. Even more than the previous two episodes, it dramatically advanced the main storyline and left everyone wondering what will become of the team and, more importantly, what sort of world the second season will be set in.

The story starts with Dr. Rosen's team chasing down Isaac, the Red Flag assassin responsible for the murders that, in the previous episode, triggered their arrest and incarceration in Binghamton. While the team is after the killer because of the sudden disappearance of many Red Flag leaders, the man himself is on the trail of a young woman, Dani, who has apparently stolen something from Red Flag. Dani turns out to be an Alpha and, to everybody's surprise, Rosen's daughter.

Until now, beside painting him as some sort of liberal fond of healthy beverages, the story had mostly kept a mystery around Rosen's past and his personal life. Most of the very few references to his past were made by Nina, who has known him the longest, and they always have been about work related to other Alphas. Here, we not only discover he is a father, but we find out his daughter is an Alpha whose condition might have had some influence on his career orientation. 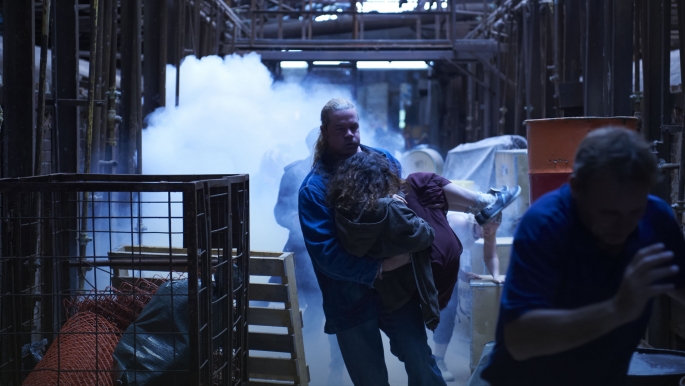 The show did a good job showing the two of them revisiting the circumstances at the heart of Dani's grudge against her father. A personal favorite was the "Chamomile tea" trick repeatedly used by Rosen to try and save his marriage. He knew that under certain circumstances, his nine-year-old could transfer her feelings to people she touched. So, he systematically had the child bring chamomile tea to his wife after a quarrel, knowing she would stay and stroke her mother's hand.

The episode also did a good job having the team pursue the original investigation into the Red Flag leaders "vanishing off the grid" while Rosen dealt with his daughter. Things got even better when Bill's hunch about Stanton Parish allowed Gary to uncover the never-aging Alpha. It was interesting to watch Bill and Gary working together. Since their adventure, Bill has learned how to deal with Gary, who obviously likes being well considered by the former FBI agent. Gary's "I'm my own man, thanks Bill" was just one among many priceless Gary moments.

With the shift to the Red Flag meeting, Gary's relationship with Anna gradually took center stage amidst the violence and disagreements on how to handle the situation. It was a nice touch to allow us to see them together before her death. Gary's reaction to the event was expected, given the special place she had in his heart. The outcome of the raid was predictable, as those involving people ready to die for what they believe in often are. Agent Sullivan played her part in it by stubbornly refusing  (as always, in such cases) to heed any advice to refrain from the use of force. Over the course of the season, we have seen how actions from the DoD have gradually put them at odds with the team and this was just the logical final straw, though I should say I wasn't expecting that reaction. Going public is bold and is completely taking the story into uncharted territories. 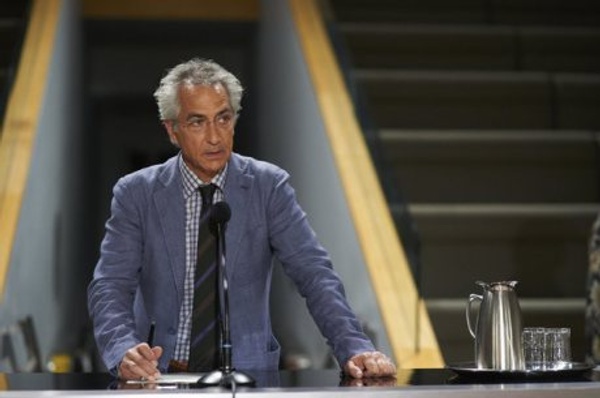 Stanton Parish's offer to Rosen might have played well in the finale, but after reflecting on it one might wonder why he would have needed Rosen's help. The balance of power seems to be clearly in his favor, so how can our small team of Alphas really thwart his projects or help them in any way?

Also, while I initially didn't wonder how chasing the assassin would help the team understand what was afoot with the missing Red Flag leaders, discovering that Dr. Rosen's daughter, Dani, was in it with Stanton Parish from the start was baffling. How can the show explain the fact that she came so close to being killed herself (twice) at the beginning? Parish's faith in Rosen's team must have been very strong for him to expose her to so much danger only to deliver a USB drive, not to mention the elaborate concealment of the drive itself. Although all of it played out very well and the collusion was another big surprise, one cannot help but marvel at how much trouble the couple went through to achieve something that could have been done much more easily. She could have just walked into the team's headquarters and handed a flash drive to her dad with some half-baked explanation. He would have thanked the gods for leading his daughter back to him and rejoice at the added bonus of the intelligence that came with her.

Even considering the few inconsistencies, "Original Sin"—by exploring the original sin of a father and his daughter as well as the original sin of the country with its Alphas — was a good finale to the maiden season of a show that has mostly provided enjoyable episodes.