"A brilliant film for students of the human condition and great filmmaking"
By: Russ Matthews | Movie Reviews | September 14, 2018
“ You're taught your entire life that what you do matters and that you're special. And that, there are things you can point towards that would... which'll show that you're special, that show you're different, when, in all reality, those things... don't matter. And you're not special.” - Warren Lipka Every once in awhile, a film is a surprise. Not just with an interesting twist or an outstanding performance, but in the way the filmmakers collaborate to stretch the methods of storytelling. American Animals looks to be a retelling of true to life failed heist attempt by four university students in Lexington, Kentucky, but it turns out to be so much more than another heist film. Director Bart Layton (The Imposter) intersperses interviews with the actual perpetrators of the crime, their families and people in the community which help to communicate the personal aspects of the story which penetrate deeper than most films within the genre. 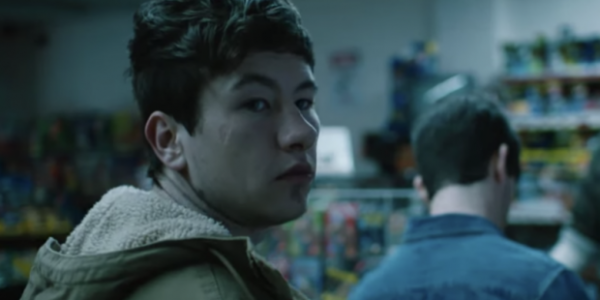 In 2003, Spencer Reinhard (Barry Keoghan) and Warren Lipka (Evan Peters) pine away at the less than inspirational life they lead as students at Transylvania University. While pondering their mediocre existence, the two students manage to concoct a crime that seems to be harmless to society, but could net them $12 million dollars, if they can pull it off. Their plan was to steal rare books that included two enormous Audubon books comprising "The Birds of America" at the university library which were lightly guarded by a security door and an elderly librarian, Betty Jean Gooch (Ann Dowd). Initially, it seems to be a far-fetched and hair-brained idea, but as they continued to toy with the idea, they realized they need to enlist two other friends to assist with the heist. After securing the help of Erik Borsuk (Jared Abrahamson), for the coordination of logistics and as a lookout, and Chas Allen (Blake Jenner) as the getaway driver, everything was falling into place and the date was set. After putting together their plans and watching numerous heist films, they decide to dress as older men and perpetuate the crime during the day as finals are going on around the school. As they enter the library, the four young men begin to realize that this is not going to be as easy as it looked to be in the multiple heist films they watched to train for the theft. 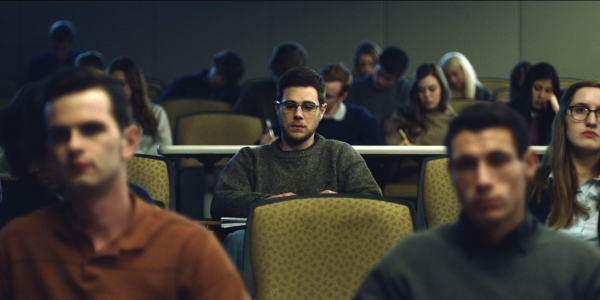 The story is not as original as the way that it is filmed. Even though the performances from the actors involved are noteworthy and compelling, it is the inclusion of the actual individuals that the story is based that makes this a fascinating character study. As the journey travels from the boredom that motivates them to consider such an extravagant plan to the stress of coordinating each component while continuing to live their ordinary lives in Lexington proves to be compelling, humorous and tragic. To watch these men relive this experience provided a glimpse into the human soul and how easy it can be to travel down a dark path. By being blinded by the potential reward, they neglected to see the impact it would have on them and all who were invested in their lives. Only after they were in too deep did they begin to realize how rich their lives truly had been and that this one act would have an irrevocable ripple effect on them and the community they lived.  American Animals does contain mature content, but this should not dissuade adults from engaging with this movie. The combination of the performances and the actual individuals involved in the story delivers one of the most refreshing and captivating stories of the year. Bart Layton has taken a stock standard tale of people making wrong choices and provided such a personal and visceral viewing of the human condition. This film is a must-see for students of humanity and those who enjoy brilliant filmmaking.
Rating
9.0
Pros