By: Hillary Timin | TV Reviews | December 13, 2013
When American Horror Story titles an episode “Head” we aren’t sure what to expect, especially since it is the mid-season finally. The show needs to give us something worth waiting for, and it does.  However, there are a moments throughout the episode that just don’t work, mainly LaLaurie as a talking head. As I mentioned before the title of the episode is called “head” and there are a few examples through out that help contribute to this name. First there's a talking disembodied head, which Queenie ends up taking possession of.  We’ve seen this pairing of characters before, and I get that AHS: Coven is trying to say something about race, but I’m not sure what they are trying to say. One aspect that has been done well throughout the entire show is the fact that the audience can at times almost sympathize with LaLaurie. 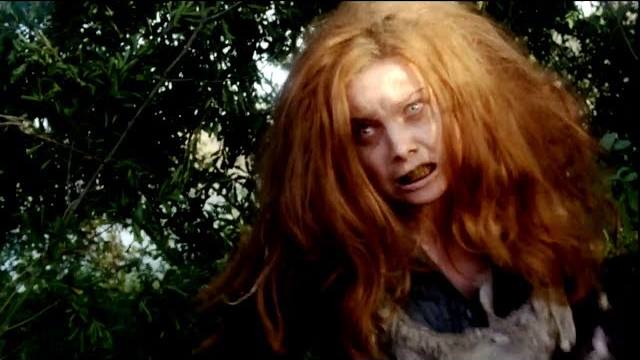 Then there is Hank’s entire back-story, which was executed beautifully. We first get a glimpse into his childhood and his first failure as a witch hunter that causes his father’s hand to get burned.  Then we see his father as the head of a witch-hunting corporation (I’ll get back to that). I got shivers when we see the burn scar on his father’s hand.  Now, I love the complexity that this adds to Hank’s overall character, but I’m having a hard time believing that there is a multi million-dollar witch-hunting corporation. How are we just learning about this now? This is also the first real big threat to the witches, besides themselves. If you were a Hank fan then I’m sure you loved all the screen time he got this episode. As much as we hated him in previous episodes we finally see his side of the story and his motivations. I though that was very interesting and much needed. It was also a great thrill to watch him march into Laveau’s salon, guns blazing. In all the bloodshed Queenie ends up shooting herself in the head. Another example of the title. 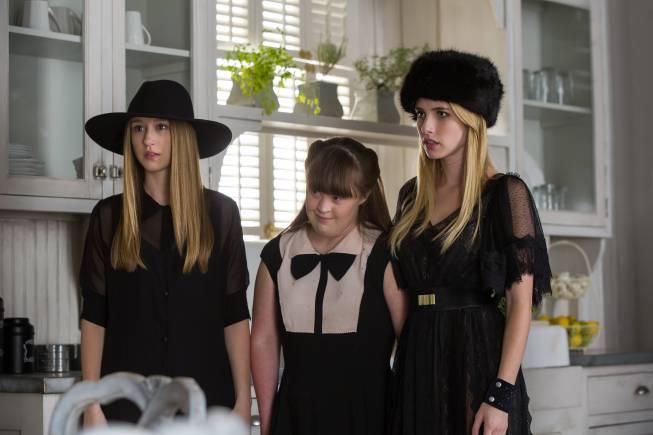 This being AHS, they had to sneak the dirty version of head in the episode too. This comes about when Nan read’s Luke’s mind while he is in a coma. At first his mother, Joan, thinks Nan is a godsend until things go down a darker path and Nan exposes Joan for what she really is. Joan’s murderous tendencies get the best of her and she ends up killing Luke when he awakes form his coma. Poor Nan, nothing seems to be going her way. Although, as I have said before there is no finality in any of the deaths so we could be seeing more of Luke if Misty can get her hands on him. Speaking of the recently resurrected, Myrtle has a ton of screen time this episode as well. We learn that she was more of a mother to Cordelia than Fiona was and that she is one bad bitch. The whole melon baller incident was fantastic. Now here come the questions. When in the world did she have time to do this, especially when we see her dismembering the bodies of the council? Are we really supposed to believe that no one noticed? 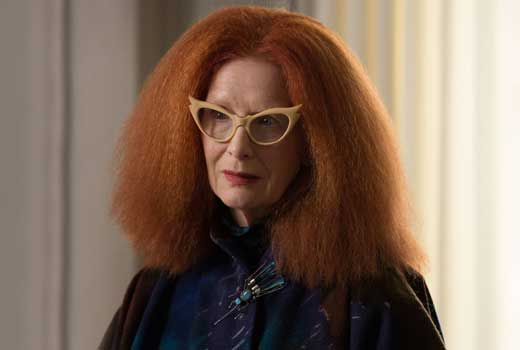 I have mixed feelings about last night’s episode of AHS, but it seem that Laveau and Fiona will finally be working together. I can’t wait to see those two duke it out. Overall the episode was successful, it kept me entertained and most importantly got me excited for the next episode. As always there was some great stuff, the melon baller incident, Fiona turning Kyle into a guard dog for the house (he can speak in full sentences now), Joan’s murderous streak, and a common enemy for the witches to untie under. Best use of magic: When Myrtle gives Cordelia her eyes back. Turns out she isn’t the pushover we thought she was. Creepiest scene: Myrtle is taking this one too. Something about dismembering bodies just does it for me. -Fiona seems to have “fixed” Kyle. -Is Fiona still sick with cancer? Where did the axe man go? -Last we saw LaLaurie’s head was in Queenie’s room. Is anyone going to find it? -Is Queenie gone for good? Same goes for Luke. -Cordelia has lost her second sight.
Rating
7.6
Pros