By: Justin Moody | Comic Reviews | May 14, 2010
American Vampire continues to be an interesting take on Vampires. Issue two continues the same way as the first by having two stories sharing the issue. In the first half of the book, the story revolves around Pearl, an up-and-coming actress working three jobs to make ends meet in Hollywood. The second story is the origin of Skinner Sweet, a ruthless cowboy criminal that's been turned into a Vampire.

Pearl finds herself half naked and bleeding badly as she walked through the rural dessert. Hattie, Pearl's best friend and roommate, finds her and rushes her to the hospital. Pearl is all but gone and will pass away by the morning... maybe. Pearl wakes up in the morgue having been pronounced dead from her wounds and blood loss. Skinner Sweet, our mysterious Cowboy hanging out by the pool in the last issue, surprises Pearl as she attempts to leave the hospital. Skinner informs her that she is a vampire and that she's different from her attackers and leaves her with two gifts: (1) a cheat sheet of "Likes" and "Dislikes" of her attackers and (2) The person who betrayed her and sold her as food. Pearl finds Mr. Hamilton, her betrayer, locked inside a cabinet waiting for her.

You can't help but feel bad for Pearl. Her whole life has been taken from her in one evening. Seeing her bleeding and bitten is almost heart wrenching. Scott Snyder (Iron Man Noir) continues to make Pearl a character for the readers to latch onto; through Pearl's friends, he is able to show how special she is. Hattie begs the Doctor's to take her blood and transfuse it to Pearl as she lies dying. Even Skinner Sweet is unable to put Pearl out of her misery as she crosses over from human to vampire. What's interesting about Snyder's style is that he breaks down everything he built in the previous issue. Much can be expected of the third as Pearl must find a new way to live in the world. 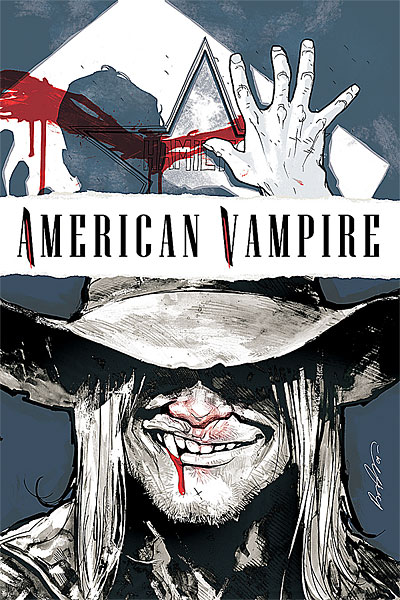 The visual storytelling of Rafael Albuquerque (Fear Agent) is startling and unique as he presents Pearl transforming into a Vampire. Rafael amazingly continues to capture the era of the story. The hospital is devoid of modern medicine and fitting of the story. Dave McCaig's (Buffy the Vampire Slayer) coloring adds a tone and mood to the book that is very fitting. As Pearl wanders the desert, the page is filled with yellow and orange shades. When she finds herself waking up in the morgue the tones are blue and green. The contrast in colors does a lot to distinguish the scenes from each other and helps encompass the feelings of each character. 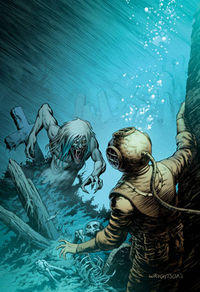 Will Bunting's story "Bad Blood" is the continuation of Skinner Sweet's origin. Will narrates the events that take place after Skinner is buried. The two lawmen that were responsible for Skinner's transportation to trail move on with life, one a widow the other a newlywed. They leave the town of Sidewinder to hunt down the remaining members of Skinner's gang. The Vampires have growing concern that Skinner may have been turned by their blood and will rise from the dead. Fortunately there's a plan to build a dam and flood the town of Sidewinder, leaving Skinner 66 feet under.

The story doesn't do much in the sense of moving Skinner Sweet forward as a character- he is spoken about more than anything else. It is interesting that Will Bunting is telling his story in Los Angeles, 1925, the same time Pearl's story is happening. Other than that, it's mostly filler. The two lawmen are less than interesting, and even if they were, are never given the space to develop. The Vampires bicker and complain, coming off as annoying, rich, and old men in need of retirement. Hopefully, Stephen King will add substance to the characters that has disappeared from the first issue.

Rafael and Dave continue to tell a strong visual story but are really hindered by the narrative. McCaig manages to surprise the reader with different coloring tones while keeping it familiar at the same time. Rafael makes Skinner interesting to look at in his vampire form, even buried six feet under. The art team definitely saves this story, which otherwise would be a skip-able read.

This book is no New Moon, and that's a good thing! Follow Dustin on Twitter and ask him anything at FormSpring.