Recently, EA released it’s earning estimates for the previous fiscal year, as well as it’s predictions for the next. The company forecast that the highly anticipated MMO, Star Wars: The Old Republic would be released sometime in the second half of 2011, though there could be an “outside chance” that it will be delayed into the first quarter of 2012.

No matter when it comes out, The Old Republic may make a small fortune, according to one Michael Pachter. He believes that EA has only spent $80 million on development costs for the MMO since it bought Bioware/Pandemic in 2007.

"Fortunately for investors, the company expenses R&D spending, meaning that its revenues on sales of the Star Wars MMO will be pure profit," wrote Pachter. "EA will be required to spend marketing dollars on the game, and we estimate total manufacturing, marketing, and distribution spending will total around $20 million, meaning that at 2 million units sold, EA will generate $60 million of operating profit on the [game disc] sales. We estimate that EA will cover its direct operating costs and break even at 500,000 subscribers (this is exceedingly conservative, and the actual figure is probably closer to 350,000), meaning that with 1.5 million paying subscribers, EA will have 1 million profitable subs." 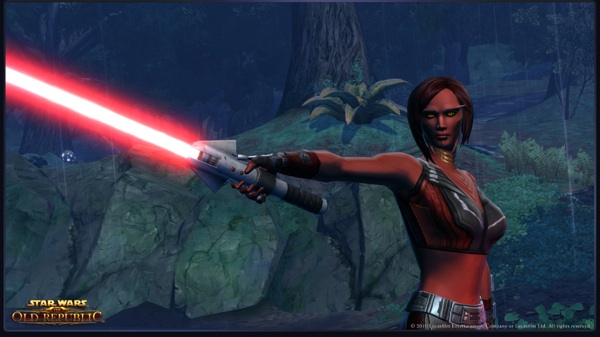 Pachter continued to estimate that the cost per subscriber to keep The Old Republic operational would be $5, meaning that even if the partner LucasArts received 33% of the profits, EA could receive $5 per subscriber at a World of Warcraft standard $15 subscription charge. This means that if The Old Republic gains 1 million subscribers in the latter half of the fiscal year EA would make $30 million.

Regardless of profits, we can’t wait for Star Wars: The Old Republic to come out. Check back here for future coverage, and a review when this anticipated MMO is released.