By: | Comic Reviews | October 2, 2011
When Angel & Faith #1 released I was stoked. Angel was returning to Dark Horse. He and Faith, two personal favorites, were teaming up for their own book. The pair were leaving California in the wake of the massive drama bomb that was Angel killing Giles. There was a lot to be excited for and, obviously, that hype lends itself heavily to the first issue when all these cool ideas were made reality. But, to know if Angel & Faith could stand on its own as more than a heaping helping of hype, Angel & Faith #2 had to be seen. Man, am I glad it kicks ass.

Now that the previous issue has established some of our new characters, settings, and idea, issue #2 focuses a lot more on moving along the current story. Angel killed Giles, but he's going to fix it. So far, Angel's grief and newfound cause on his everlasting road to redemption has been our vehicle for delivering the plot and building the relationship between Angel and Faith. Sure, they've 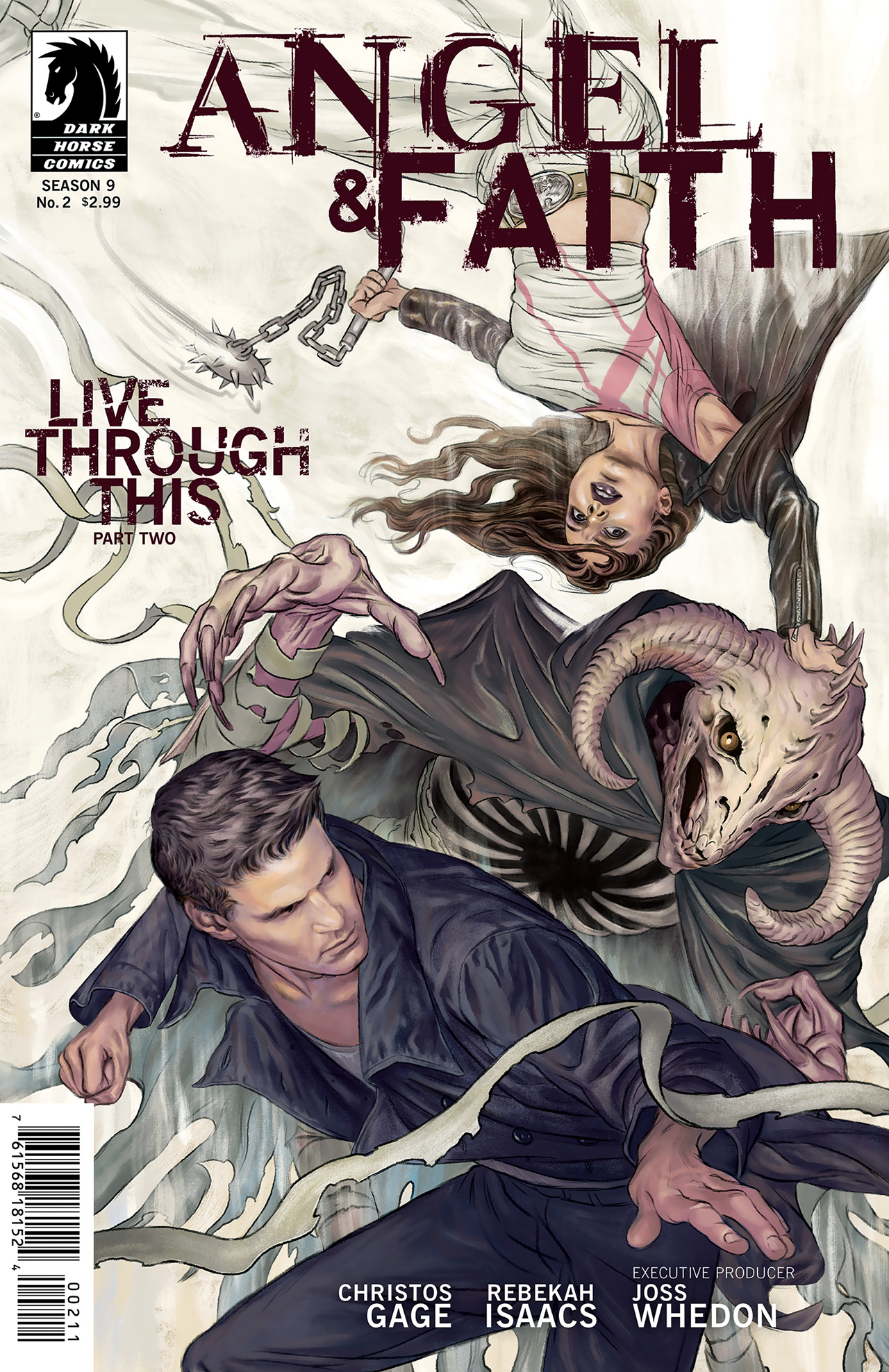 worked together in the past, but in previous stories it has usually been one coming to the aid of the other in a time of crisis. They've never really been shown fighting side by side before and it is really cool to see. Since it is Angel's grief that is moving things along though, it means that most of the introspection comes from Faith.

The idea is that Angel is going off the rails on a crazy train to bring Giles back to life. With magic now gone from the world that means only sources already found on Earth are viable and the method Angel chooses is both plausible and a great callback to one of my favorite episodes from Angel Season One. This means two things. The first is that, since we have our plot device and means to get it, there is a lot more straight forward action than in the previous book. There aren't a ton of standout scenes, but the art is still as solid as it was before and these brawls are generally fun to see. It also means that we get a lot of Faith thinking about her past with Angel and what she can do to make sure they both have a future.

Both of these characters have walked on the dark side and are now on the road to redemption. Early on the show Angel, these two make a connection. When everyone in Sunnydale has turned on Faith for her actions, Angel sees himself in her and decides that he is going to give her a second chance. Because of this, Faith is probably still Angel's biggest fan. Her interior dialogue as she thinks over this history is great, but she also knows that she can't continue to encourage Angel to destroy himself. Faith has always had daddy issues, whether it be the Mayor, Giles or Angel, but this may be the first time she is able to give as good as she gets.

I feel like Angel & Faith #2 is not quite as poignant in its observation of Giles's death and there is less going on. Even so, it is still a fantastic read. Obviously, those uninitiated with the Buffy/Angel franchise are going to miss a lot of the appeal, but it can definitely stand on its own as what is looking to be a great series. If you love these characters like I do, then you simply cannot miss this one.
Rating
8.5