"$59.99 gets you a box of adorable"
By: Edward Oliveira | Wii-U News | October 1, 2015
When I posted the Mario Tennis: Ultra Smash news the other day, I stated that Animal Crossing: amiibo Festival was now the only undated Nintendo game for this holiday. Apparently they read my article, because the party spinoff has now gained a release date.
Animal Crossing: amiibo Festival will release in North America one week earlier than Mario Tennis on November 13th, which is actually before Japan and Europe, who gets it on the 21st and 20th of November respectfully. It’ll set you back $59.99, but the game isn’t on its own. You’ll get Isabelle and Digby’s amiibo figures and three amiibo cards based on Stitches, Goldie and Rosie. 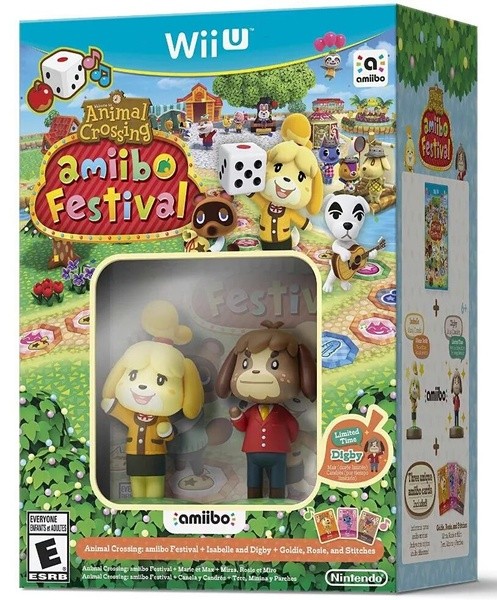 The game plays much like Mario Party, but Animal Crossing-themed amiibo figures are required to play the game. The game uses the amiibo cards that released alongside Animal Crossing: Happy Home Designer to invite those villagers to the board’s village. Owners of Happy Home Designer will also be able to bring over their homes into the board game as well.
Back at E3, there were rumblings that the game was also available for free to download off the Nintendo eShop, though you still needed the figures to play it. Also, recent European boxarts stated that the amiibo Festival would have online play, but neither of these have been officially announced.