Another year, another Anime Expo.

I’m not entirely sure if it’s because I’m getting older, or if it’s San Diego Comic-Con casting its shadow over all other conventions, but year after year Anime Expo seems a bit smaller. Don’t get me wrong – it’s always a good time. The Artist Alley is still its strongest asset, and people watching at AX is pretty much second to none, but it still just felt small.

Pop culture conventions have their work cut out for them. SDCC has made nearly all of them obsolete – but that doesn’t mean they don’t serve a purpose. The Wizard World Tour conventions (now known as Anaheim Comic Con, Chicago Comic Con, etc) have always been the convention that held me over until the real deal: SDCC. It’s always been a great convention, but it’s essentially an appetizer so you aren’t starving once the end of July comes around. 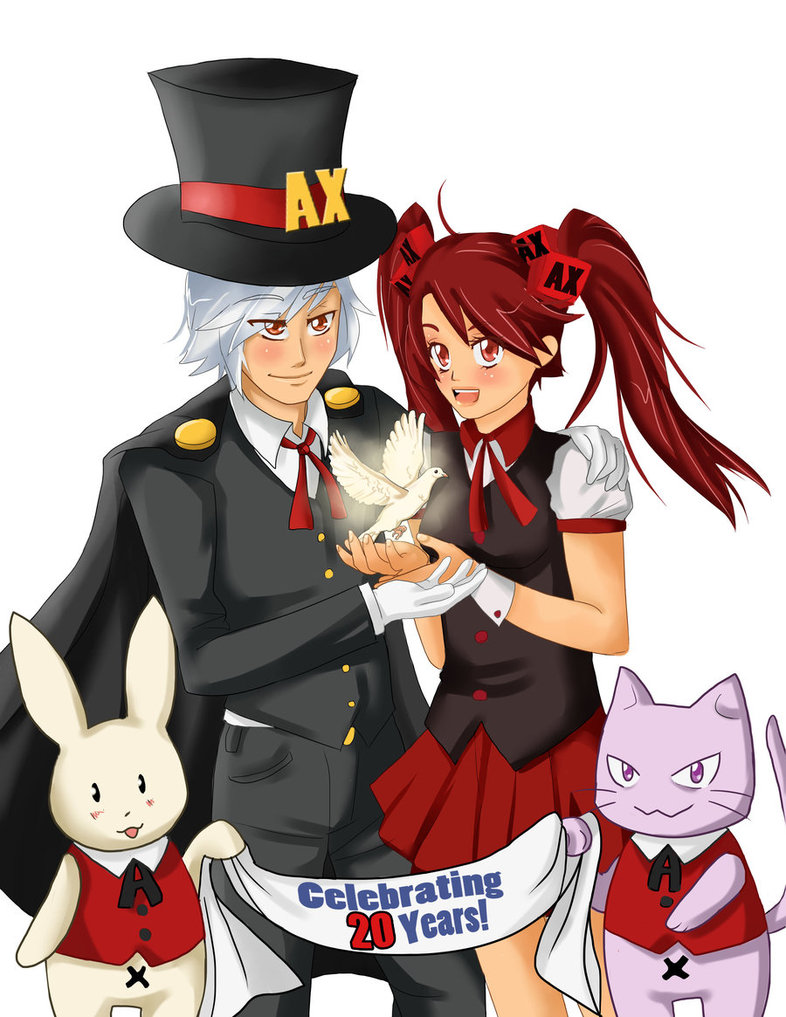 I think Anime Expo can learn from this trend. If AX moved to April or October, the experience would be compounded. If it occurs too close to SDCC, I can’t help but wish I was down in San Diego. I could be alone in this thought, considering the crowds filling the Los Angeles Convention Center looked like they didn’t want to be anywhere else – especially the cosplayers. These people are among the most devout fans in all of pop culture anything. If they’re dressed like Naruto, they generally believe they are Naruto. I saw a Sora from Kingdom Hearts fighting a Heartless, and they moved like the characters. Sora was standing in his crouched down default stance, and the Heartless was bouncing around like the wiggly idiots they are. It was ridiculous looking – so ridiculous – but I couldn’t help feeling respect toward the Hero of the Keyblade and his enemy.

Like I said earlier, the Artist Alley is the real draw of Anime Expo. Some of these amateur artists seem to capture the characters better than the original artists themselves. I think a lot of it has to do with the personal connection fans have with these characters. Also, unlike the booths at AX, the alley features art that isn’t just limited to anime. I actually picked up a really great Doctor Who print featuring the Doctor and a young Amelia Pond shortly after the TARDIS crashed at the beginning of last season. It’s incredibly well done – and it was $2. Two bucks. It was less than a Filet-o-Fish, and you can’t find this stuff anywhere else. Where else can you find Ichigo Kurosaki making out with Naruto? (Yes, apparently the majority of men in anime go both ways.)

I enjoyed my time at Anime Expo this year, though I do think it would strike a few more chords at a different time of the year. Is SDCC better? Undoubtedly. Will I go back to AX next year? Might as well – especially if it’s still in Los Angeles. Besides, these cosplayers are too outrageous to miss. For example, here's Yoshi checking out Peach's goods: 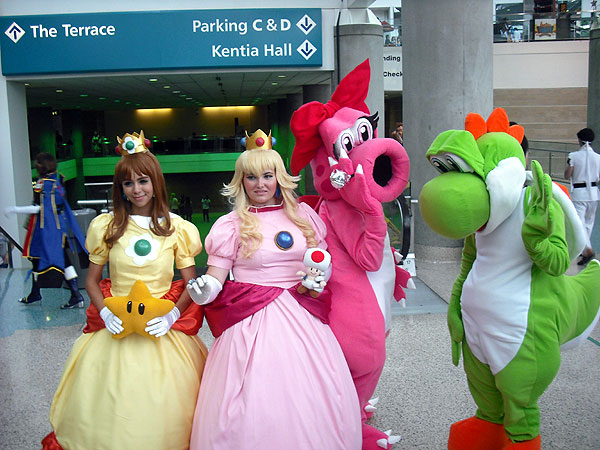 New to all this? Check out this introduction to manga to see if any titles spark your interest.