"It's Still a Hard Knock Life"
By: Steven Armstrong | Movie Reviews | December 25, 2014
In any remake or updated take on a previously told, well-known story, one of the questions tossed about is what does this new version have to say that has not been said before? What will we learn about the world and the characters who inhabit it that we do not already know about? In other words, why should we go and see this movie? What makes it special enough to warrant a viewing? I will admit that my expectations were non-existent going into this one, but I came away pleasantly surprised. Before you read too much into that last sentence, I am not saying that this updated version of Annie is one of the better musicals to come out in the last 25 years. Far from that. However, it does its job as a feel-good movie that occasionally tugs at your heartstrings and it's just in time for the holidays. 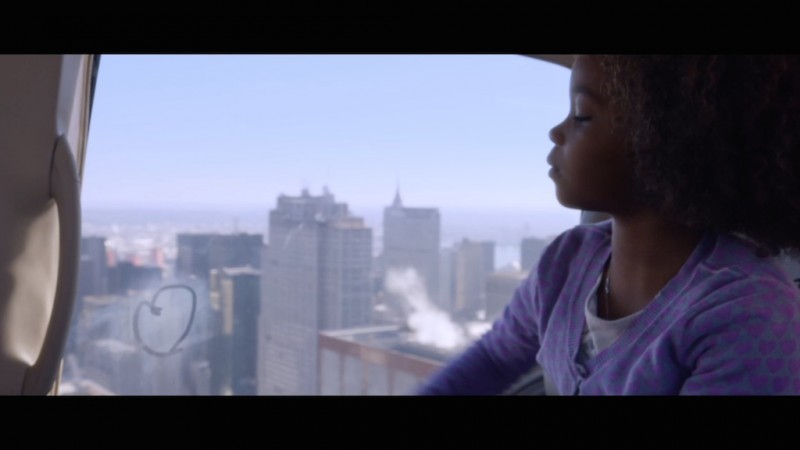 So, here's what we already know about Annie. We have a street smart, yet sweet 10-year old girl in Annie (Quvenzhané Wallis) who lives with the worst foster mother ever (Cameron Diaz). Each day, Annie is hopeful that she will reconnect with her parents. Along the way she quite literally runs into mayoral candidate Will Stacks (Jamie Foxx), who temporarily takes Annie into his home to live with him in an attempt to boost his popularity in the polls. Of course we understand that along the way, Annie becomes much more to Will than the winning ticket to the mayor's office. Off the bat, yes. This film contains a certain element of corniness with a helping of cheese. However, in spite of that, the film also presents a certain degree of undeniable charm. All the actors fully commit and it is hard not to admire actors who can do that and are really in the zone working their butts off to sell a feeling, a mood to an audience. Quvenzhané Wallis is a heart-stealer. Her Annie is one that comes from the rough and tumble area of Harlem and one that smells a hustle from a mile away. Unsurprising when you think of how New York City is essentially the land of the hustle. Everyone is trying to make moves to become somebody as options are limited and the result is that there is one option: Succeed. Wallis' Annie embodies that and the way she confidently owns the role shows that Wallis possesses an intelligence as an actor that has deepened since her debut role in 2012's Beasts of the Southern Wild. 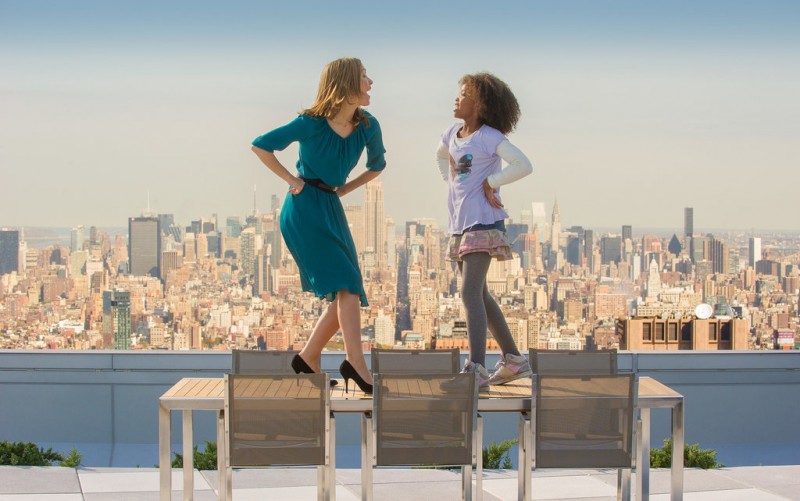 Jamie Foxx is solid enough as the updated version of Oliver "Daddy" Warbucks. He actually feels right at home in a film like this. Particularly for the film's comedic aspects. His chemistry with Wallis is apparent and believable and it is the non-musical scenes between them particularly, that really give the movie some pop and life. While we are there, I might as well reiterate that this Annie is not the best musical out there. In fact, there were times where the movie might have worked better as a non-musical. That sounded like something novel: The notion of an Annie movie that was not a musical. One that was based more strictly on the original Sunday comic strips by Harold Gray, as opposed to an Annie movie that is based on the strips, but clearly takes much more of its reference points from the 1977 Broadway musical. While the musical numbers were overall okay, they were not great. There were too many inconsistencies with some of the performances. Foxx was obviously good, but at times his singing parts felt more akin to a music video as opposed to a movie musical. This is not bad, it just was not consistent. Wallis had a particularly strong and moving musical number in the middle of the movie, but when you look at the musical numbers collectively with some that are good (i.e. Wallis and Foxx), some that are mixed (i.e. Cameron Diaz) and some that are just okay, there is a strong case could be made for the songs to be dropped. 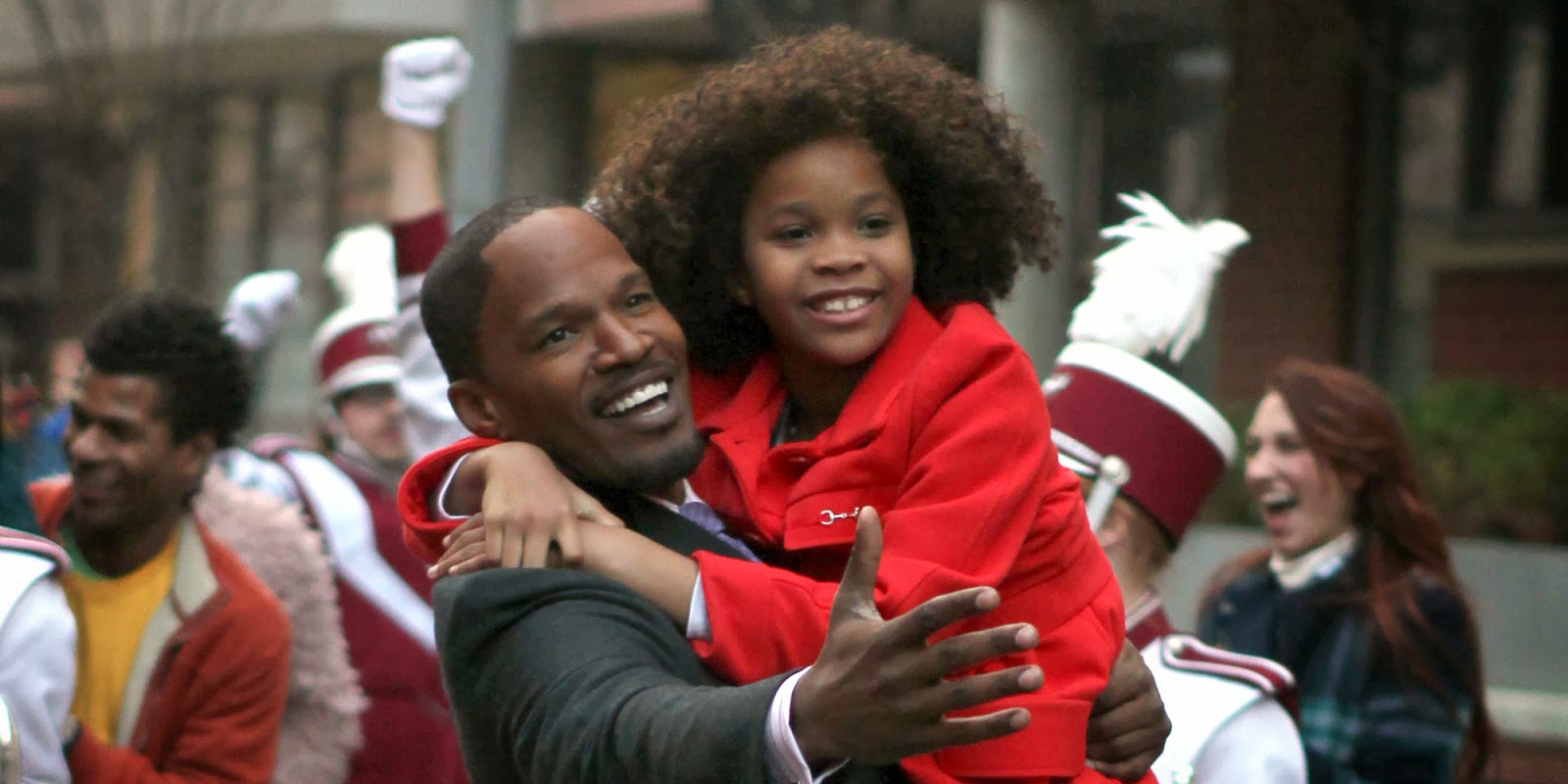 So, is the film good or not? Is it worth your time? I do not think it is merely a question of if the film is good or not. Rather, it is also about whether or not this film should exist. Changing the lead character from white to black alone is not enough to justify this film's existence however, it does go a certain distance. By giving us an Annie who looks different from the Annie we know and placing her in a place like contemporary Harlem, her experience is changed by that. This new Annie is still the sweet little girl we know and love in spirit, but she now has a wise-beyond-her-years quality that is edgier, rawer and touches on the more serious aspects of what it is to be a foster child; how there is a survival instinct that is tapped into more often than is the case for most children. Her experience is essentially different than the Annie of old, who existed in the 1930s context and because her experience is different, we see her differently. Though not so differently that we miss the timelessness of the story of Annie and if you can update aspects of a story without taking away that which makes it transcend time and race, then that story deserves to be told. Annie is not a great film musical, but it is a fun one. There are genuine bits of comedy sure to make you laugh and also genuine bits of drama that touch the heart. That said, you might do better to wait for this one to come out on DVD or watch it on TV.
Rating
6.5
Pros